You’re Not Too Old to Talk to Someone 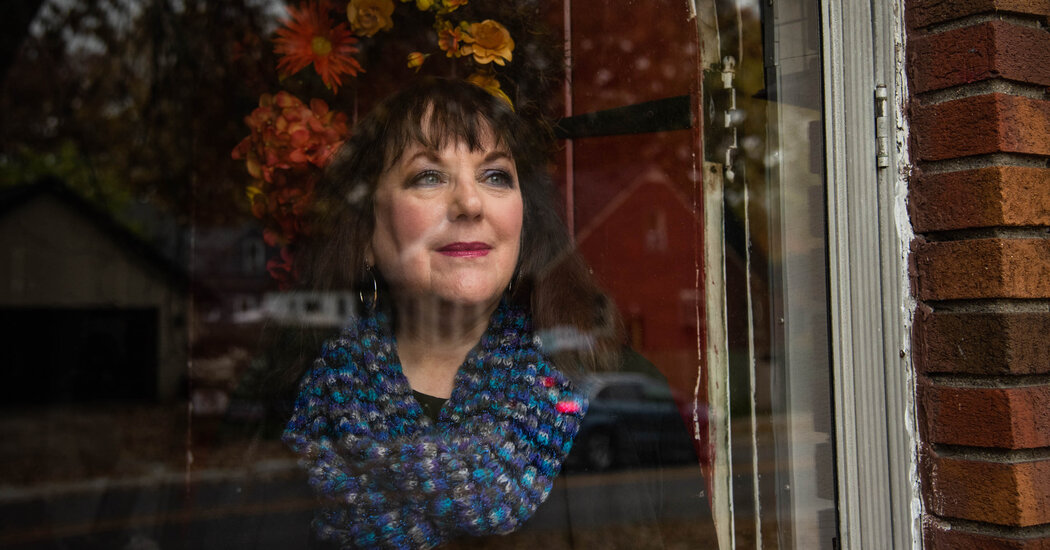 Three years ago, Janet Burns felt herself sliding into depression, a too-familiar state. Ms. Burns, a retired federal worker living in Rockville, Md., grew up in a home she described as abusive, with an alcoholic father. Sometimes, she said, “I get into a slump and can’t get out.” Several times, psychotherapy had helped her regain her equilibrium.

Then her father died. “It brought up a lot of stuff I thought I had dealt with,” she said. Experiencing both guilt and relief, and feeling responsible for her mother and an ailing sister, she began to suffer anxiety, insomnia, exhaustion. Sometimes she found it hard to get out of bed. “I needed some more help,” she decided.

Ms. Burns, 75, found a new counselor and saw her weekly for a couple of months, then every other week. “She helped me put this in perspective and lift the burden I was putting on myself,” Ms. Burns said. “She gave me some tools, mental exercises to do when the pressures were on.”

The coronavirus pandemic has brought fresh pressures. Ms. Burns has had to largely suspend her volunteer work, and she and her husband have been unable to visit their children and grandchildren. She’s handling it, she said.

But, she added, it was reassuring to know that she could turn to her counselor again if necessary: “It’s like a safety net. This is someone I trust, who knows my history, and that’s comforting. I wish everybody had it.”

Health experts and practitioners also wish that more older adults could access psychotherapy and other kinds of mental health care, especially now. Mental health problems have risen markedly during the pandemic, the Centers for Disease Control and Prevention has reported.

Although younger people are much more apt to report such ailments, one in four people over age 65 said they experienced anxiety or depression in August, according to a Kaiser Family Foundation analysis — more than twice the figure in 2018. Loneliness and isolation have taken a toll on older people, and geriatric psychiatrists anticipate an increase in grief disorders.

“It makes their existing issues worse,” Dr. Mi Yu, a geriatric psychiatrist in Nashville, said of the pandemic’s effects. “All my patients seem to have experienced more distress and anxiety and they’re requiring more frequent sessions,” which lately are conducted by video or phone.

Age bias can infect practitioners, too, Dr. Plotkin said. “The unfortunate attitude that most people have, including doctors, is that older people can‘t change, that they’re stuck in their ways.” In fact, he noted, studies have shown that older people do as well in psychotherapy as younger ones.

Practitioners may prefer to treat younger clients because they have decades ahead during which to reap the benefits. Dr. Yu recalled a woman in her 80s who sought therapy after her husband suffered a heart attack. Two dozen local practices turned her away, saying they didn’t accept patients her age.

“I was dumbfounded,” Dr. Yu said. “We actually find elderly patients are more open to therapy. They’re more reflective. Realizing that they have limited time left in life gives them a sense of urgency; they want to resolve something and they don’t have time to lose.”

Dr. Yu worked with the woman for about a year, also prescribing anti-depressants, until “she gradually was back to herself.”

But the woman’s experience demonstrates that even when older people decide to seek treatment, finding and affording therapy can prove discouragingly difficult.

Traditional Medicare covers individual and group psychotherapy, with no cap on the number of sessions; beneficiaries pay 20 percent of the authorized amount. It also covers treatment of alcohol and drug abuse and provides for free annual depression screening. Co-payments for Medicare Advantage beneficiaries vary from plan to plan.

But many mental health practitioners won’t accept Medicare, in part because the reimbursement is so low. Dr. Yu, for example, accepts Medicare’s payment of $91 for a 45-minute session, but because that is half or less than the going rate for therapy in Nashville, many of her colleagues opt out.

Researchers at George Mason University reported earlier this year that in a national survey, only about 36 percent of mental health providers accepted new Medicare patients, compared to 83 percent of physicians.

With only 1,526 board-certified geriatric psychiatrists practicing nationwide last year, that pool of 200,000 licensed counselors and marriage and family therapists could go a long way toward meeting the demand for care.

“They comprise about 40 percent of the mental health work force, but they’re not eligible under Medicare,” said Matthew Fullen, a counselor educator and researcher at Virginia Tech. “That’s a pretty heavy disincentive to getting the help you need.”

He and his colleagues surveyed 3,500 practicing licensed counselors and found that half had turned away patients because of the Medicare coverage gap. Almost 40 percent had to refer existing patients elsewhere once they became Medicare eligible.

Heidi Jelasic, 68, an administrative assistant in Royal Oak, Mich., had been seeing a licensed professional counselor after a traumatic event with a neighbor and felt she was making good progress. Then, in April, she lost her job in a pandemic layoff, and with it, her employer health coverage.

That meant shifting to Medicare, which would not cover her counselor, and she could not afford to pay out of pocket. “I’m on a shoestring,” she said. “I can’t afford it.”

In short order, she has endured job loss, pandemic fears and, in September, her mother’s death in a nursing home that had barred visitors for fear of spreading infection. “These are some of the most challenging months I’ve had in my whole life,” Ms. Jelasic said. “And I was unable to turn to my therapist.”

Medicare has not updated eligibility rules for practitioners since 1989, Dr. Fullen noted. Legislation to add licensed professional counselors and marriage and family therapists has passed both the House and Senate, but not in the same year. A new bill is working its way through the House now.

Practitioners also hope that Medicare’s temporary coverage of telemedicine — helpful when older clients can’t easily make in-person visits — will become permanent after the pandemic, although some seniors struggle to afford or use the necessary technology.

Ms. Jelasic counts herself fortunate that she grew up with a grandfather who was a psychiatrist. He often told his family that needing help from a mental health professional should be no more shameful than consulting a dentist for a toothache, and she believed him.

J&J Vaccine and Blood Clots: A Risk, if It Exists, Is Tiny