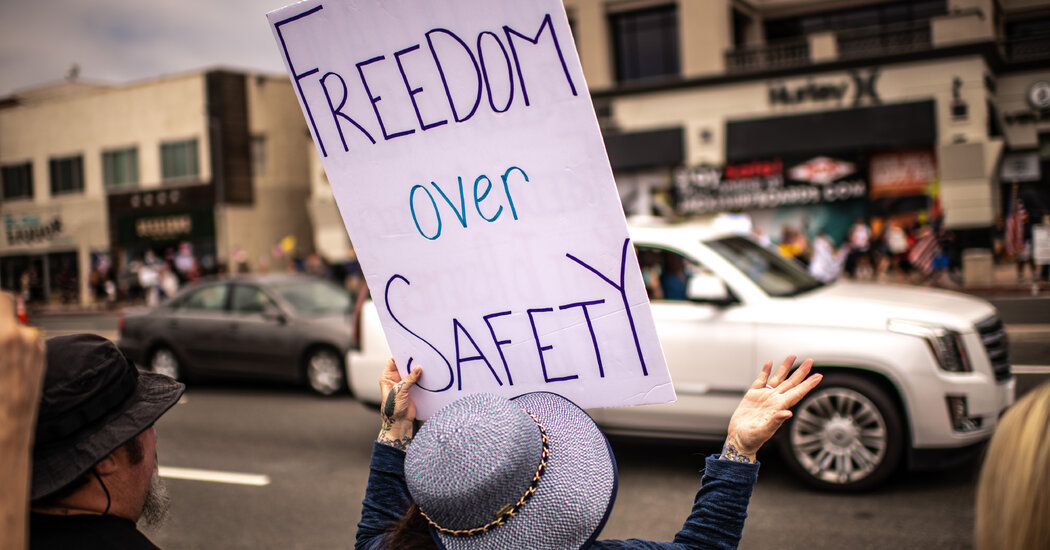 As public health officials raise alarms about surging coronavirus cases among young people, new research suggests that Americans under 25 are most likely to believe virus-related misinformation about the severity of the disease and how it originated.

In a survey of 21,196 people in all 50 states and the District of Columbia, researchers identified a clear generational divide. Respondents 18 to 25 had an 18 percent probability of believing a false claim, compared with 9 percent for those over 65, according to the study, conducted by researchers from Harvard University, Rutgers University, Northeastern University and Northwestern University.

The results diverge from past research that said older people were more likely to share false news articles on social media. Last year, a paper published in Science found that people over the age of 65 were seven times as likely as those ages 30 to 44, the youngest group included in that survey, to share articles from websites that spread false information during the 2016 presidential campaign.

In the virus study, people were questioned to gauge their acceptance of 11 false claims. Those included false claims that the virus originated in people who ate bats, that taking antibiotics protects against the disease and that only people 60 or older are at risk of being infected.

“Across the 11 false claims,” the report said, “we find a clear pattern: The older the age group, the lower the average level of belief in false claims.”