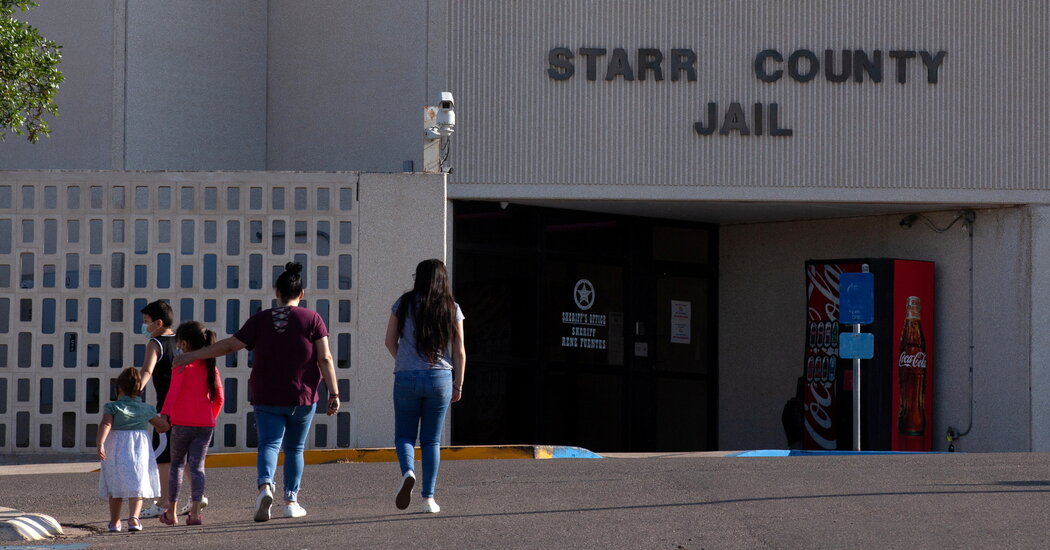 A South Texas sheriff’s official said on Saturday that a 26-year-old woman had been indicted on a murder charge in connection with the “death of an individual through a self-induced abortion.”

The woman, Lizelle Herrera, 26, was arrested on Friday and detained in Starr County, the official, Maj. Carlos Delgado, said in a statement reported Saturday by The Associated Press. Ms. Herrera was released on bail on Saturday, according to a statement from the Frontera Fund, an abortion rights organization. Her bond was set at $500,000.

While circumstances of the case remain unclear — the statement did not say whether Ms. Herrera was accused of having the abortion or aiding one, or how far along the pregnancy had been — the indictment comes months after the Texas Legislature passed several restrictions on abortion.

The charge also comes amid expectations that the Supreme Court will soon overturn Roe v. Wade, the 1973 ruling that established a woman’s constitutional right to an abortion and that prohibited states from banning the procedure before a fetus is viable outside the womb, which is currently about 23 weeks of pregnancy.

It is unclear what statute Ms. Herrera is being indicted under. An abortion ban that took effect in Texas in September, known as S.B. 8, prohibits abortion after six weeks but leaves enforcement to civilians, offering them rewards of at least $10,000 for successful lawsuits against anyone who “aids or abets” an abortion.

The Texas Legislature then enacted another law, S.B. 4, which establishes a criminal violation — a state felony punishable by a $10,000 fine and up to two years in prison — for providing medical abortion pills after 49 days of pregnancy, or for providers who fail to comply with a series of new regulations and procedures. That law also exempts pregnant women from prosecution.

One section of the Texas penal code exempts expectant mothers from being charged with murder in connection with “the death of an unborn child.” Most states instead target abortion providers when an abortion is deemed illegal. In most of the country, abortion is prohibited after fetal viability, generally 22 to 24 weeks, though several states are moving to ban abortions at much earlier stages in anticipation that Roe will be overturned.

According to the statement by Major Delgado, Ms. Herrera was indicted on the murder charge after she “intentionally and knowingly” caused the death of an individual by self-induced abortion.

Self-managed abortion is any abortion outside of medical care and can include the use of abortion pills. But in dangerous cases, it can include those conducted with supplements, herbs or vitamins; multiple contraceptive pills or emergency contraception pills; or physical trauma.

Ms. Herrera’s lawyer, Calixtro Villarreal, declined to be interviewed on Saturday. The Starr County district attorney’s office and sheriff’s office could not be reached for comment. In his statement, Major Delgado said the district attorney planned to release details to the news media on Monday.

While women have been arrested, jailed and convicted in cases involving self-induced abortions, including cases in which women have used drugs during pregnancy, such cases have been rare and have even more rarely resulted in conviction.

But that could change in this new political climate, as women increasingly turn to self-induced abortions, said Stephen Vladeck, a law professor at the University of Texas at Austin.

“States have made it that much harder for women to obtain abortions from medical professionals, leading them to the more dire remedy of doing it themselves,” Mr. Vladeck said. He added that “these kinds of prosecutions that would have been incredibly unpopular and controversial as recently as 10 or 15 years ago” are now receiving more support.

Jenny Ecklund, a lawyer representing the Frontera Fund and other abortion rights groups in Texas, said that the indictment sent a distressing signal to women in the state. “If a state can criminalize conduct that they neither know nor understand, it puts the lives of anyone who can be pregnant in the state of Texas in real danger,” she said.