Woman Dies After Trying to Scale Border Fence Into Arizona 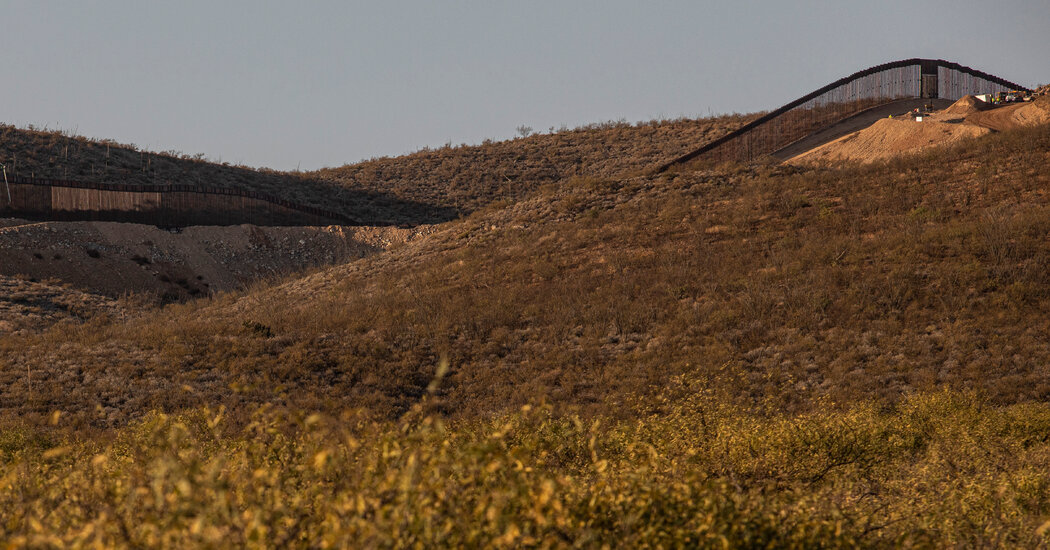 Officials are investigating the death of a woman who became stuck upside down as she tried to cross into the United States from Mexico over a 30-foot-high steel border fence in southeastern Arizona on Monday.

The woman, 32, was “ensnared” on the fence just west of Douglas, Ariz., according to the Cochise County Sheriff’s Office, which, together with U.S. Customs and Border Protection, is investigating the death.

Carol Capas, a spokeswoman for the sheriff’s office, said the woman was from Hermosillo, which is a city in Sonora State, about 180 miles south of the U.S. border. The authorities have not released other details about the woman but plan to do so after they contact the woman’s family.

The woman had climbed to the top of the border fence, but when she attempted to descend on the U.S. side, she appeared to have become stuck, the sheriff’s office said on Tuesday.

She was using a climbing harness, and either her foot or leg became entangled in the wall. “She was trapped upside down for a significant amount of time,” the sheriff’s office said.

Ms. Capas said the woman appeared to have used a ladder on the Mexican side of the wall to help her reach the top. Officials also found a backpack at the scene.

The authorities first received a call from emergency dispatchers on the Mexican side of the border notifying them about the woman at around 10 p.m., and they sent American border agents and local emergency services to respond.

The responders were able to get the woman down and they attempted to resuscitate her, but she was unresponsive, Ms. Capas said. The woman was transported to a hospital, where she was pronounced dead, officials said.

The woman’s death is another in a recent string of cases of migrants who have died trying to make the crossing from Mexico to the United States.

In March, a woman from Honduras died after trying to scale the fence in El Paso, Texas. A man died this month after falling during an attempt to climb a border wall near Clint, Texas. And on Sunday, two men were found dead in Ocean Beach in San Diego after what the authorities said they believed was an attempt to cross into the United States by boat.

According to the International Organization for Migration, which documents such deaths, at least 650 people died last year attempting to cross the border.

“These types of incidents are not political, they are humanitarian realities that someone has lost a loved one in a senseless tragedy,” Mark J. Dannels, the Cochise County sheriff, said in a statement.

“We have to do better in finding solutions to the challenges facing our border, and we have to do it for the right reasons,” he said, adding that it was “facts” and not “opinions” that should direct such progress.