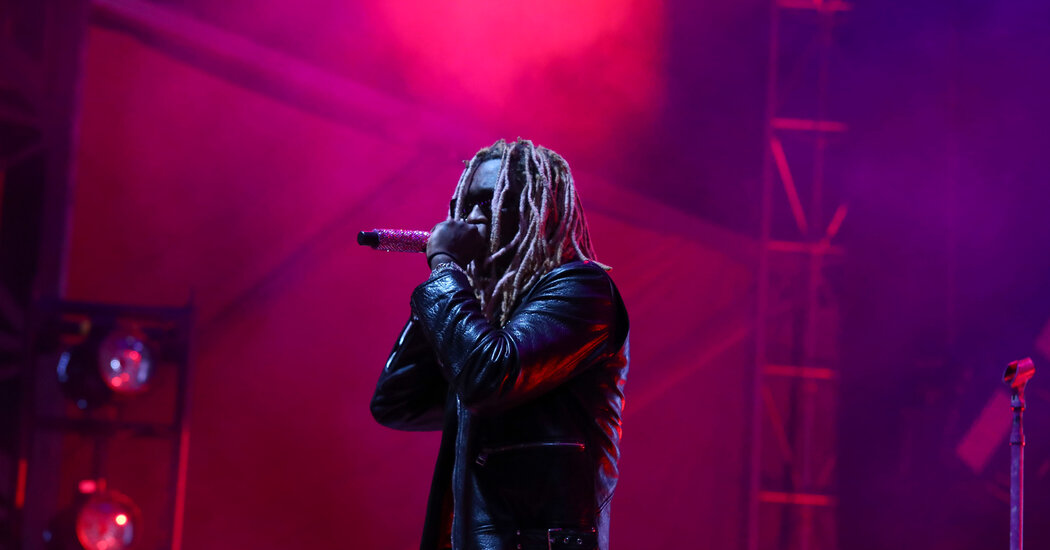 ATLANTA — Citing “numerous threats to kill or harm witnesses,” prosecutors in the case against the rapper Young Thug and a group of his associates who are accused of being part of a violent street gang have secured an order that forces defense lawyers to withhold witnesses’ contact information from their clients, court documents show.

Prosecutors said they have learned of numerous threats against witnesses, who have said “that they fear not only for their own lives, but for their families’ lives should they testify,” according to a motion filed this week.

The order, issued on Wednesday by Judge Ural Glanville of Fulton County Superior Court, highlights the tense nature of a case that has targeted one of the most celebrated artists in the rap world. And it has shaken the creative community he emerged from in Atlanta, a city known internationally as an important incubator of hip-hop talent.

Young Thug, whose real name is Jeffery Williams, was among 27 people charged in May in a sweeping grand jury indictment that identified them as members of a Bloods street gang subset known as Young Slime Life, or Y.S.L.

Some were charged with violent crimes including murder and attempted armed robbery, and all were charged with ​​conspiracy to violate the state Racketeer Influenced and Corrupt Organizations Act, or RICO. Mr. Williams was indicted on the conspiracy charge and one count of participation in criminal street gang activity.

On Tuesday, District Attorney Fani T. Willis of Fulton County filed a motion with the court that said the gang “has a history of intimidating witnesses” and also noted an incident, described in the indictment, in which a gang member named Christian Eppinger is accused of attempting to murder two Atlanta police officers.

The motion argues that law enforcement officers are potentially at risk, noting that a family member of one of the defendants, Quartavius Mender, was recently arrested and accused of threatening the Fulton County sheriff, Pat Labat, and his wife. Mr. Mender, the motion says, wrote “#freethug or Imma sh00t u and your wife” and “Imma assassinate you” on the sheriff’s social media profile, using a hashtag that fans of Young Thug have used in online criticism of the prosecutors’ case.

On Wednesday, Brian Steel, a lawyer for Mr. Williams, said the artist “has never intimidated or threatened any witness.”

“However, I cannot wait to receive the discovery,” he continued, “so that we can continue our march toward clearing an innocent man.”

Mr. Steel previously said that Y.S.L. was not a street gang. The rapper, who was arrested on May 9, has been denied bond and is in custody at a jail outside of Atlanta.