With Coronavirus on the Rampage, Israel Tightens Holiday Lockdown – The New York Times 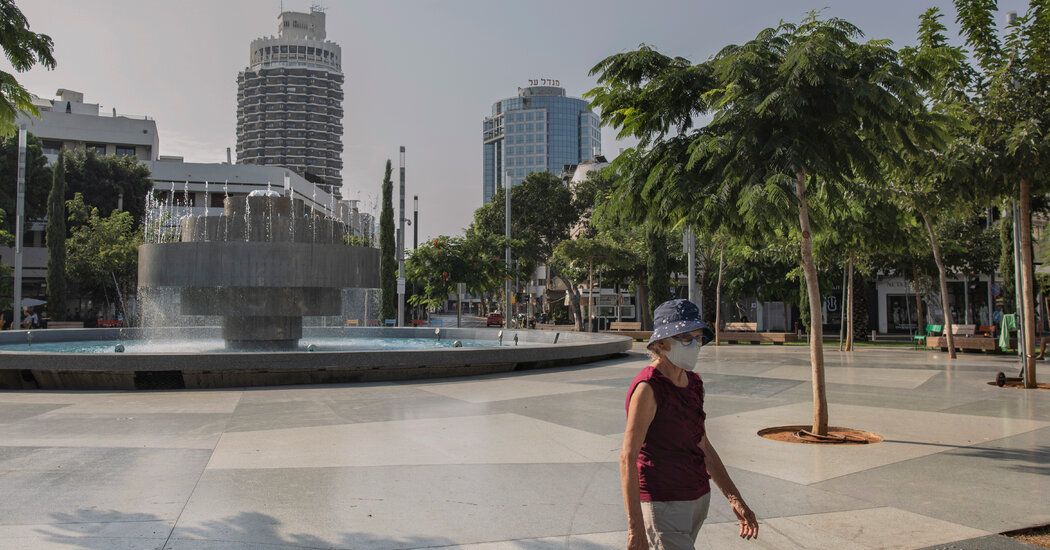 JERUSALEM — The Israeli government said on Thursday that it was tightening its second national lockdown after coronavirus infection rates soared this week to about 7,000 new cases a day, among the highest in the world.

The new measures, which go into effect on Friday, will remain in place at least until the end of the Jewish High Holy Days in mid-October. Most businesses will have to close, and all gatherings, including protests and communal prayers, will be restricted to groups of up to 20 people outdoors within about 1,100 yards of home.

An exception has been made for Yom Kippur, the holiest day of the Jewish calendar, which begins at sundown on Sunday. Limited numbers of worshipers will be allowed to pray inside synagogues as they did during last week’s Rosh Hashana, or New Year, holiday.

Ultra-Orthodox cabinet ministers had argued that for many Jews, praying outdoors in the heat on Monday would be unbearable, especially for those observing the 25-hour fast of the sacred day of atonement.

The government was still mulling whether to halt outbound flights allowing Israelis to travel abroad from Ben-Gurion International Airport.

The new restrictions were largely meant to address a heated dispute roiling Israel. On one side are those who are asserting their right by law to gather and protest against Prime Minister Benjamin Netanyahu, as tens of thousands have been doing weekly in the streets near his official residence in Jerusalem. On the other are Orthodox politicians who oppose restrictions on prayer as long as the protests are allowed to continue.

The Israeli Parliament must approve any measures limiting the freedom to protest, which is anchored in law.

Critics have questioned the motives of Mr. Netanyahu, who is standing trial on corruption charges and has railed against the protesters and cast them as spreaders of the virus. Mr. Netanyahu has insisted that the new measures are essential to contain the contagion and that the lockdown is likely to continue through October in some form.

“The meaning of leadership is taking tough decisions, necessary decisions, lifesaving decisions,” Mr. Netanyahu told his cabinet, which met through the night to decide on lockdown restrictions.

“We do not have the privilege of knowing that we could have prevented additional mortality and that we did not act,” he said, according to a statement from his office.