With a Center-Leaning Budget, Biden Bows to Political Reality 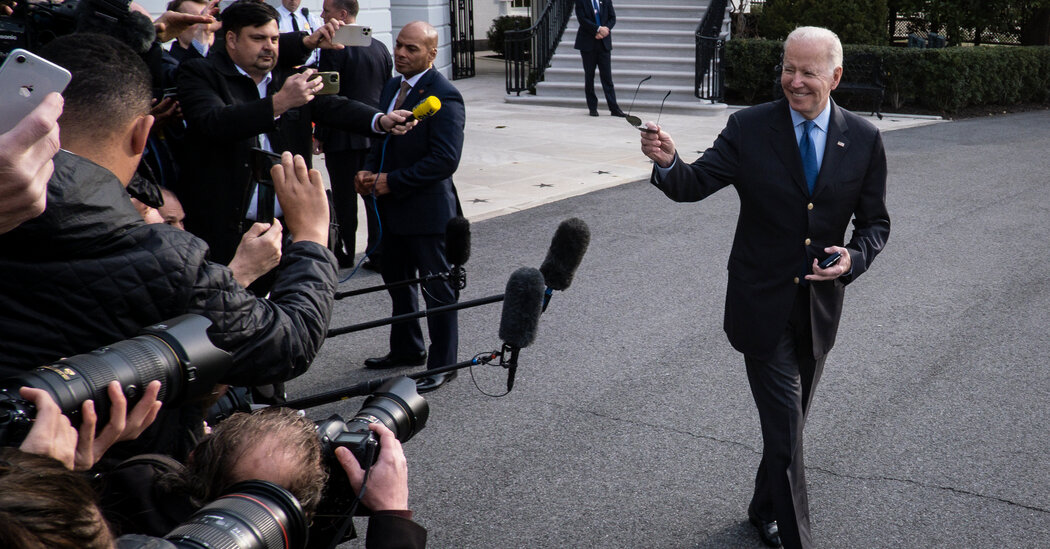 But that is not where the president’s emphasis was. He relegated much of his Build Back Better domestic policy agenda — a nearly $2 trillion smorgasbord of proposed safety net and climate programs that drew unanimous Republican opposition and fractured his own party — to a single line item in the budget document, with no price tag and no detail, leaving it to Congress to determine if any of it could be salvaged. And he made a concerted effort to take the sting out of the issues of crime and immigration that Republicans have been using against Democrats.

Far from defunding the police and abolishing Immigration and Customs Enforcement, two popular slogans on the left, the budget robustly funds both. Customs and Border Protection would receive $15.3 billion and ICE $8.1 billion, including $309 million for border security technology — a well-funded effort to stop illegal migration. The nation’s two primary immigration law enforcement agencies would see increases of around 13 percent.

The budget even includes $19 million for border fencing and other infrastructure.

Federal law enforcement would receive $17.4 billion, a jump of nearly 11 percent, or $1.7 billion, over 2021 levels. And the president, acknowledging widespread concerns that are driving Republican attacks against Democrats, vowed to tackle the rise in violent crime.

“The answer is not to defund our police departments,” Mr. Biden said at the White House on Monday. “It is to fund our police and give them all the tools they need.”

The proposals track with some of the main attack lines Republicans are using against Democrats in the run-up to the November contests, as they portray Mr. Biden and his allies in Congress as weak on security, soft on crime and profligate with federal spending to the point of damaging the economy.

Liberal Democrats would see some of their priorities addressed, including substantial funding for climate programs and “environmental justice” initiatives, as well as changes to incarceration policy. But some progressives were left deeply disappointed. In lieu of broad student debt forgiveness, an executive order that many Democrats have been pressing for since Mr. Biden’s inauguration, the Education Department’s student lending services would receive a huge increase, 43 percent, to $2.7 billion.

Activist groups that had helped shift the Democratic Party leftward were not giving up. Immigrants’ rights groups calling themselves Defund Hate planned a news conference for Tuesday to “outline their expectations for President Biden to redirect billions in funding from immigration enforcement, militarization and policing toward humane, community-based resources that invest in the true needs of Black, brown and immigrant communities.”