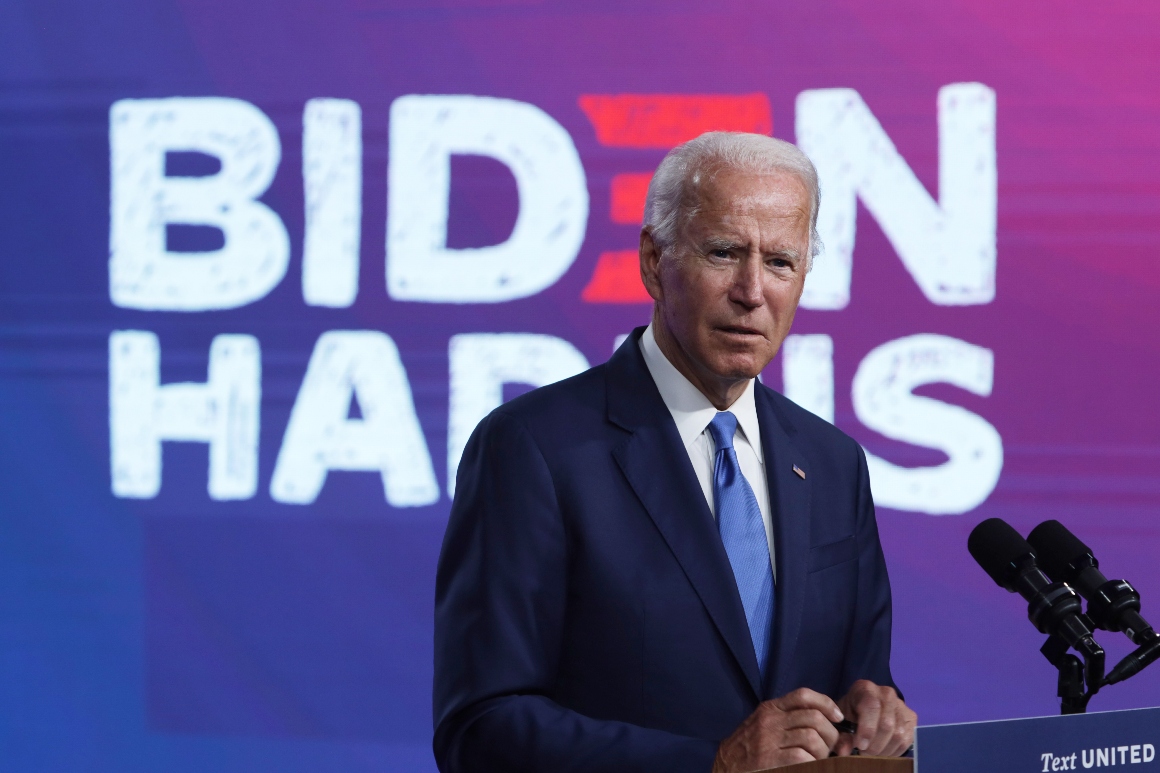 Trump has attempted to claim the mantle of “law and order,” while portraying Biden and local Democrats as too weak to keep communities safe from rioters, even as the president has himself stoked conflict between protesters and his supporters.

The survey showed virtually no change in voters’ views of mass protests since they were last asked in August. That survey was taken before the events in Kenosha but after protests in Madison in late June. Then, protesters wreaked havoc in the state’s capital, resulting in the assault of a state lawmaker, storefront vandalism and the downing of historic statues.

Charles Franklin, director of the Marquette Law Poll, said there was “substantial movement that took place over the course of the summer,” with a drop in favorability of mass protests, but that shift happened before the violence that broke out in Kenosha after the shooting of Jacob Blake, a Black man, by a white police officer.

On the third night of the protests, two people — Joseph Rosenbaum and Anthony Huber — were shot to death. An Illinois teen, Kyle Rittenhouse, was charged in the killings.

“That shows why it’s important to have multiple surveys here and a fairly recent one before Kenosha. If you only compared June to now, you’d think Kenosha had a big effect. But the fact that we can look a couple of weeks before the Kenosha events and a couple of weeks after, and we see that there’s not much change, that’s an important point,” Franklin said.

He added, “It means people did change their views of the protests — but that happened in June and July, not as a direct consequence of Kenosha.”

In the days that the poll was in the field, Biden delivered a major speech on violence in which he said he supports peaceful protests but denounced looting and rioting, even saying they were punishable acts.

“Ask yourself: Do I look to you like a radical socialist with a soft spot for rioters? Really?” Biden said. He also said, “Does anyone think there will be less violence in America if Donald Trump is reelected?”

Biden worked to flip the script on Trump, calling on him to denounce violence among his supporters. When later pressed, Trump would not do so.

Trump has repeatedly taken credit for calming the chaos after he called for an influx of National Guard troops.

The Blake police shooting took place on Sunday, Aug. 23. Gov. Tony Evers, a Democrat, called out the National Guard by Monday and doubled the number of troops the following day.