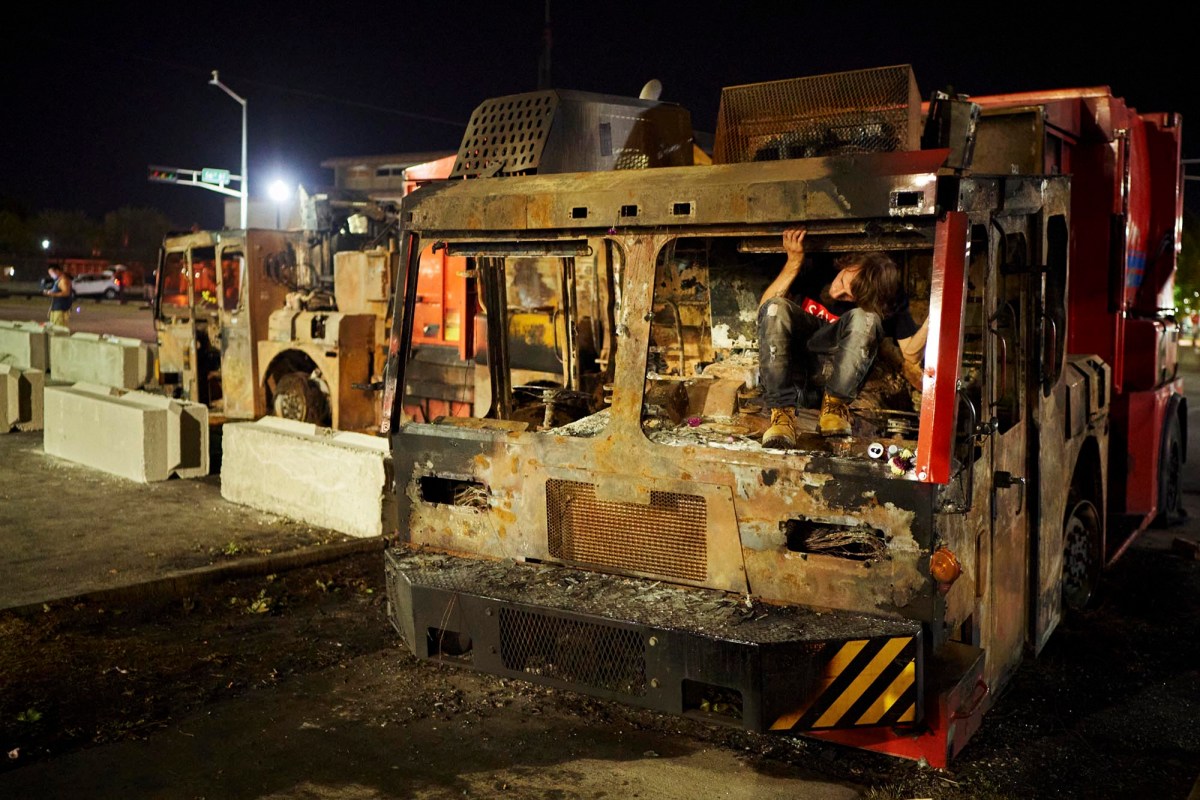 Democrats in Wisconsin are voicing concern that the violence in Kenosha could help President Trump woo suburban voters with the message of inevitable destruction under liberal leadership.

“There’s no doubt it’s playing into Trump’s hands,” Paul Soglin, who served as mayor of Madison, Wis., on and off for over 20 years, told Politico of the recent unrest. “There’s a significant number of undecided voters who are not ideological, and they can move very easily from Republican to the Democratic column and back again.

“They are, in effect, the people who decide elections. And they are very distraught about both the horrendous carnage created by police officers in murdering African Americans, and…for the safety of their communities,” he continued.

Kenosha, a smaller city with a population of about 100,000 people, has become overrun with riots, looting, arson and multiple fatal shootings since Sunday, when Jacob Blake, the Wisconsin father of six, was shot seven times by a police officer.

Blake, 29, was approaching his car with his back to police officers as they were attempting to arrest him when he was shot seven times. Three of his young sons were in the back seat of the car during the shooting.

The officers were in the area responding to a fight.

“The opportunism of [Trump] in this swing state — he’s already pounced on that. He has already shot his big stream of gasoline on the flames here,” Kirk Ingram, a Democrat who owns a business in Kenosha, told the outlet.

President Trump has promised to clamp down on the protests, tweeting on Wednesday that the National Guard and federal agents would be deployed to quell the unrest after Gov. Tony Evers had agreed to accept the deployment.

“We will NOT stand for looting, arson, violence, and lawlessness on American streets. My team just got off the phone with Governor Evers who agreed to accept federal assistance (Portland should do the same!),” the commander-in-chief wrote, “TODAY, I will be sending federal law enforcement and the National Guard to Kenosha, WI to restore LAW and ORDER!”

“As I said after George Floyd’s murder, protesting brutality is a right and absolutely necessary. But burning down communities is not protest, it’s needless violence — violence that endangers lives, violence that guts businesses and shutters businesses that serve the community. That’s wrong,” the former vice president said in a video uploaded to his social media.

Vice President Mike Pence condemned Biden and the Democratic Party for not reacting sooner to the violence while accepting the 2020 vice presidential nomination Wednesday night.

“Last week, Joe Biden didn’t say one word about the violence and chaos engulfing cities across this country. Let me be clear: the violence must stop, whether in Minneapolis, Portland or Kenosha.

“Too many heroes have died defending our freedoms to see Americans strike each other down. We will have law and order on our streets,” he told the crowd.

Meanwhile in the small Wisconsin town, residents fumed to Politico over the looting.

“The National Guard ought to be on the corners right now. Look at this. It looks like I’m in the slums of L.A.,” Kenosha resident Ron Dooley said as he pointed to blocks of destruction.

Dooley told the outlet he was on his way to check whether his favorite diner had been burned down.

Billy Stevens, who is black, also said that the violence was helpful to the commander in chief in his reelection effort.

“[Trump] tries to paint a picture of Democratic leaders being weak. Personally, I think it’s divisive in times like these,” Stevens said, adding that he did, however, believe that the city needed order at the moment.

“Now we’re sending in more troops for a large show of force immediately. I do think it’s needed right now.”