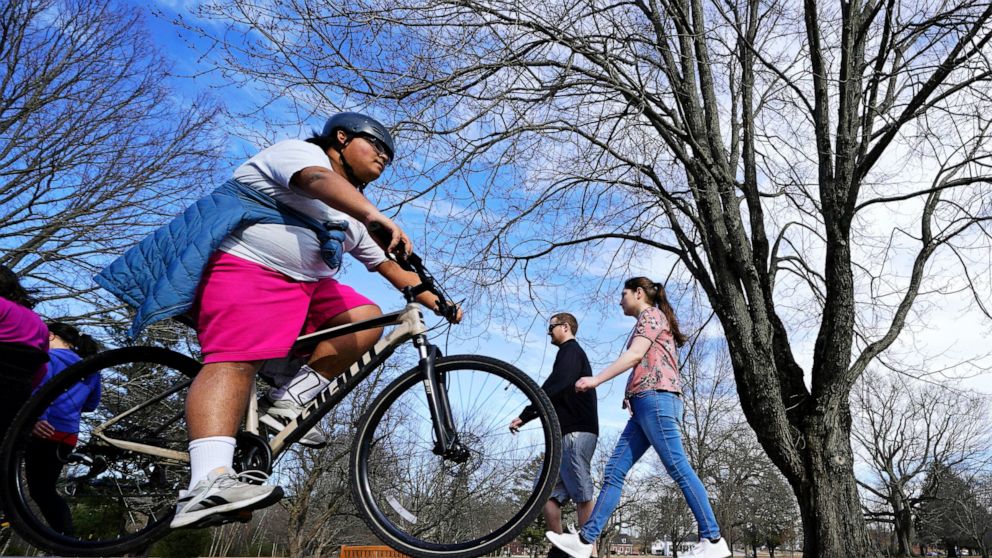 Freezing rain and drizzle is disrupting travel from Central Texas to the Great Lakes, with ice-glazed roads leading to hundreds of traffic accidents

DALLAS — Freezing rain and drizzle is disrupting travel from Central Texas to the Great Lakes, with ice-glazed roads leading to hundreds of traffic accidents.

Hundreds of flights were canceled Wednesday at Dallas-Fort Worth International Airport as Texas, Oklahoma, Missouri and Arkansas braced for an ice storm.

More than half an inch of ice could accumulate in parts of the Ozarks through Friday morning, while another area of freezing rain was expected to hit south-central Pennsylvania and western Maryland, the National Weather Service said.

In Arkansas, dozens of schools were closed or switched to remote learning Thursday as another round of freezing rain was expected by midday.

Airlines had canceled more than 2,000 Thursday flights by Wednesday night, according to the FlightAware.com tracking site. About half of them were at the Dallas-Fort Worth airport, where temperatures were expected to top out above freezing only briefly late Thursday afternoon.

DFW Airport is the biggest in the American Airlines network, and American had canceled 21% of its Thursday flights by Wednesday night, according to FlightAware.

Winter took a fleeting break in the Northeast on Wednesday, with temperatures soaring into the 60s before plunging within hours.

The warm spell sent people streaming outdoors, but it was bad news for ski areas and other winter sports.

“It’s not exactly what you want to see in the middle of the busiest week of the year,” said Ethan Austin, spokesperson for the Sugarloaf ski area in Maine, which was busy because of school vacation week. But he was happy to hear snow was on the way.

The weather whiplash marked the second time in less than a week that there was to be a temperature swing of more than 40 degrees in 24 hours.