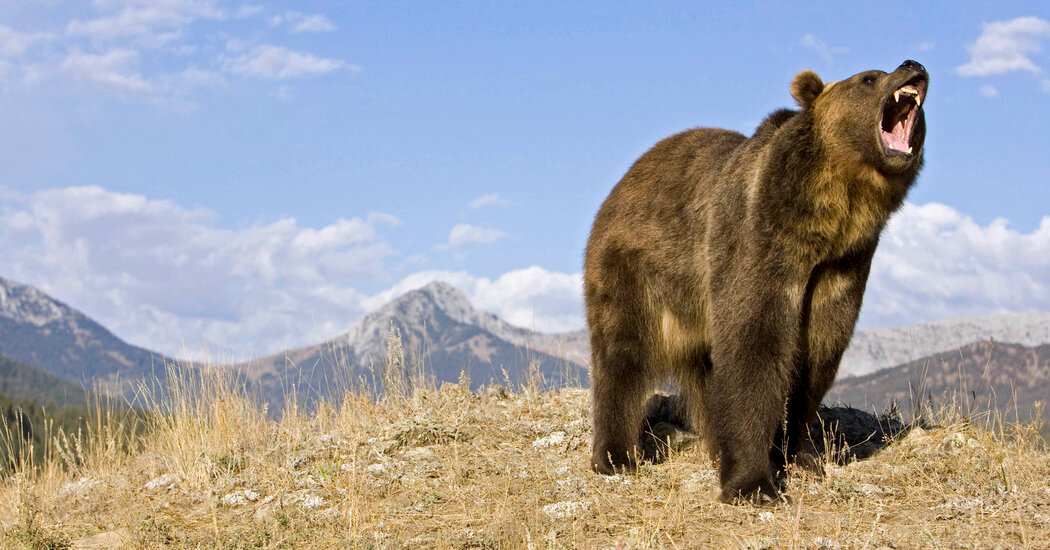 In August, a mountain lion was sighted several times prowling the suburbs of New Canaan, Conn., and not for the first time. A decade ago, a young mountain lion made its way to Connecticut, prowling more than 1,500 miles from the Black Hills of South Dakota, before it was killed crossing a highway.

What stands out about these incidents to Malcolm L. Hunter, Jr., a professor emeritus of wildlife ecology at the University of Maine, is the exploratory personalities of the tawny felines.

“You can be sure the individual young mountain lion that left South Dakota and ended up being run over by a car in Connecticut, was not a stay-at-home, timid fellow,” he said.

Wildlife biologists have traditionally studied factors like the abundance of prey, habitat quality and behavior to assess the roles animals hold in particular ecosystems. But a growing number of scientists argue that a critical piece is missing: the range of personality traits in individual animals, whether they are grizzly bears, squirrels or earthworms. Some scientists argue that even bacteria are unique.

“Personality is found in all taxa,” said Alessio Mortelliti, an expert in rodent personalities at the University of Maine and a recipient of a National Science Foundation career grant.

The five common animal personality traits are boldness, aggressiveness, activity, exploratory tendency and sociability. To qualify, these traits need to be present “over time and across contexts.”

Wild animals “are not just little duplicative automatons doing what they do; they do them in different ways,” said Dr. Hunter, a co-author of a paper that urged scientists to incorporate such studies in the field of ecology. “It’s important to know and appreciate that personality can be a consideration in terms of managing these systems.”

It’s not unlike a litter of puppies or box of kittens, where every animal is different. In the wild, though, those personalities ripple through natural processes.

Dr. Hunter noted in his paper that Charles Darwin, in his last book, “The Formation of Vegetable Mould Through the Action of Worms,” published in 1881, referred to earthworms, variously, as timid, neat and tidy, and slovenly. A study in 2018 found that earthworms were very different in their knack for solving problems.

One personality trait “that cuts across a lot of species is the extent to which some individuals are more curious, more exploratory, more willing to stick its neck out,” Dr. Hunter said. “Well, I guess an earthworm doesn’t really have a neck,” he laughed.

Understanding animal personalities paints a fuller picture of the natural world, some experts say, and burrows into individual differences much deeper than behavioral ecology. It plays a role in every aspect of their lives, whether it involves mating or forest regeneration.

Dr. Michael Goldstein, a professor of psychology at Cornell University who studies the social importance of babble in bird and human babies, placed 48 zebra finches in a cage to see how different personality types find a mate and how that affects parenting. “It turns out they pair by exploration,” he said. “Low-exploring males and low-exploring females got together, and high-exploring males and high-exploring females got together.”

While the idea of earthworms or bacteria having personalities might seem a stretch, it’s clear that more complex animals, including wolves, bears, dolphins, whales and many birds, have highly developed personalities that mirror human traits.

Take the case of the famed Giefer grizzly, with a predilection for breaking and entering. Over several years in the 1980s, the big bear, weighing more than 500 pounds, would smash out windows or doors in unoccupied summer cabins along the North Fork of the Flathead River, near Glacier National Park in Montana, and help itself to flour, sugar or whatever food had been left behind. The bear ransacked some two dozen cabins.

“That bear was amazingly tricky,” said Chris Servheen, a retired U.S. Fish and Wildlife biologist who had tried to capture the bear. “He wouldn’t come into traps, and he was never seen. He was like a phantom. We tried everything we could to catch this bear, and he was uncatchable.”

The Giefer grizzly eventually was killed by a hunter in British Columbia.

Among wolves, pack cohesion is very dependent on the alpha female. A strong leader in these matriarchal societies will pin down and discipline errant wolves, but less aggressive leaders won’t. And when an alpha female dies, the pack can often disintegrate.

Personalities play a key role in ecosystem dynamics and taking one type of individual out can affect evolution, scientists say. A bold grizzly or cougar could help a population adapt to novel terrain and circumstances — a trait that could be especially important as climate change forces some species to light out for more suitable living conditions.

Animal personalities can have profound effects on ecology, as well.

Rodents play a key role in forest regeneration, for example, a subject Dr. Mortelliti studies in voles, mice and squirrels in the Penobscot Experimental Forest in Maine. If a mouse scampering across a forest floor comes upon a seed, its personality may lead it to gobble up the seed immediately, which means it won’t sprout into a plant. If the mouse buries the seed, it could create a new plant. Bolder animals disperse seeds farther than shy individuals, for example. But a bold animal is also more likely to wind up in the claws of a hawk or owl.

Rodent personalities are determined with various tests, which are animal versions of the Rorschach. In one test, a mouse is placed in a large box. Shyness may be indicated by a mouse’s tendency to spend time near the corners or walls, while boldness may be shown by those who move to the center. The mouse is placed in a small bag to measure stress response or studied in an open field for its response to novelty.

The captured animals are marked with a microchip and ear tag and released. They are offered seeds, and when they pass by an antenna, it reads the microchip “so we know exactly which individual got the seeds and what they did with them,” he said. More than 3,200 rodents have had their personalities assessed for these studies.

How a forest is managed can alter the ratio of balance of personality types.

“With unmanaged forests or a forest as relatively natural as possible, you have a very nice distribution of bold and shy,” Dr. Mortelliti said.

As plants shift their range to keep pace with an altered climate, mice and squirrels will be put in contact with new, strange-looking seeds, and they will be needed to disperse them, a key ecosystem service.

“The boldness of an individual will have effects on how or whether or not to interact with that seed,” Dr. Mortelliti said. “That could affect the likelihood of a plant being able to adapt to climate change.”

Modifying landscapes in certain ways favors certain types of personalities, altering the course of evolution. And it could have a bearing on whether forests and other ecosystems can adapt to a changing world. What’s key, he said, is a diversity of personalities on a landscape.

“Natural selection has promoted this variation in personalities because, in some instances, some years and some contexts, it is more advantageous to have different personality types,” he said. “The higher the diversity, the more the populations are able to adapt to changes.”

Aggression plays a role in ecosystems by determining territory among species. To measure levels of aggression, an animal is placed in front of a mirror to see how it responds to what it thinks is a rival. The winner of the most aggressive rodent contest?

“The American red squirrel,” said Dr. Mortelliti, who has administered personality tests to rodents around the world. “They are incredible. They are the only species where you can conduct measurements on them, you release them then they go up on a tree and come back towards you and yell at you. They are really feisty, territorial individuals.”

Research into the ecological role of animal personalities still has a way to go, Dr. Mortelliti said, before specific forest management recommendations can be made.

Iain Couzin is a researcher at the Max Planck Institute of Animal Behavior at the University of Konstanz in Germany who studies swarm intelligence — how fish come together to form a school or birds soar and dive in unison in murmurations. He thinks the notion of animal personalities is overblown.

Dr. Mortelliti sees it as a useful prism to view animal behavior. “At the end of the day, we all understand we are measuring individual differences in behavior,” he said. “I have no trouble using the term personality because it is intuitive and it allows people to relate to it.”