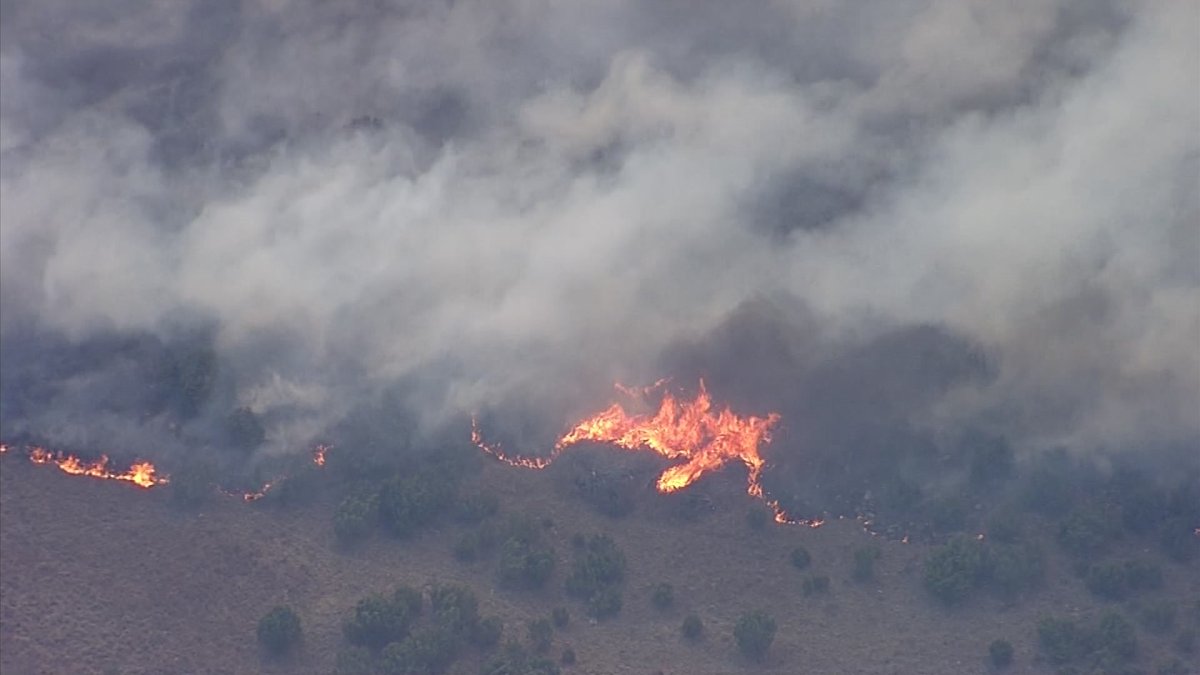 Fast-moving wildfires continue to grow, west of Fort Worth three counties are under evacuation orders.

Evacuation orders are in place in parts of Hood, Erath and hard-hit Eastland Counties as winds push new fires into the area.

Hood County Sheriff Roger Deeds said Sunday night that one firefighter was injured, suffering superficial burns to the face. The firefighter was taken to the hospital and is listed in good condition.

Hood County Sheriff’s Department deputies went door-to-door telling residents of Lipan to leave. They had to grab what they could and find a way out of the path of the fire.

“The sheriff just come up and said there was a fire on the way,” said Arnold Thedford. “Well I ain’t got no place else to go, I got a sister up in Oklahoma, but where am I going to go?”

The Hood County Sheriff’s office released a list of available shelter options in the area. The list includes the following:

The Texas A&M Forest Service says what’s being called the “Big L Fire” has burned at least 6,000 acres in Erath and Hood Counties.

“With the grass being dry and this wind pushing it so that’s what allows for the fire to get established,” said Angel Lopez Portillo with the Texas Forest Service.

Owners scrambled to prepare a fire line in hopes of saving their land as the flames grew in the distance.

“Never had any fire issues or been in any positions like this until today,” said resident Scooter Tidwell. “They are watering the ground right there maybe if it does reach us. it will slow it down a little bit before it reaches the house and the barn. [It’s] a little nervewracking.”

As fire crews showed up so did people with trailers trying to save their livestock, but not everyone could get to their property as roads leading to the fire were blocked by law enforcement.

“We came down from Weatherford to get our cattle off our land, we didn’t want them to burn to death,” said Brent Timmons. “We were 7 minutes too late, they closed it down 7 minutes before we got here.”

Timmons and his family are forced to watch and wait and hope for the best.

“This is an agrarian society out here and even if people are safe which is the most important thing,” said Pastor Justin Jeter with First Christian Church in Granbury. “We worry about animals we worry about land and structures.”

First Christian Church in Granbury opened as a shelter Sunday. About a half dozen volunteers stood ready to receive people leaving their homes in other parts of Hood County.

“We’re hoping here that nobody’s displaced and if they are they have places to go that’s safe and warm with food on the table,” Jeter said.

Smoke could be clearly seen from the church Sunday evening as donors came by with supplies for evacuees.

One of the new fires added to the Eastland County has been labeled the “Blowing Basin Fire.”

Anyone in the path of that fire near FM 2731 and County Road 230 has been asked to evacuate north.

The Texas State Guard has joined the firefight.

The new Cedar Mountain fire shut down Highway 6 between the town of Eastland and Cisco Sunday.