Wild Fox on Capitol Hill Is Euthanized After Attacks 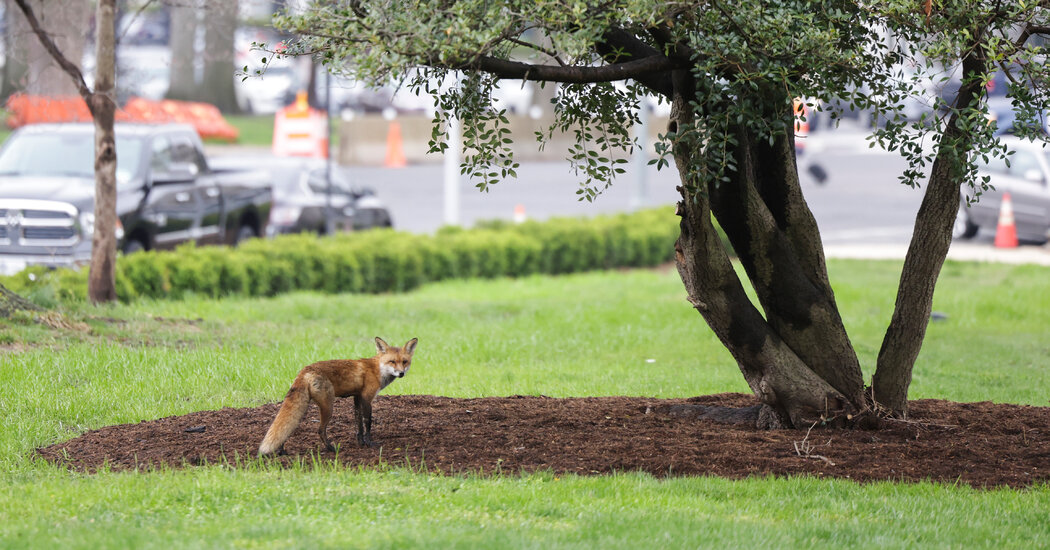 WASHINGTON — A fox that bit at least nine people on Capitol Hill, possibly including a congressman, tested positive for rabies on Wednesday, according to city health officials, after she had been euthanized in a grim turn in an episode that had briefly captivated those who live and work around Congress.

“The D.C. Public Health Lab has confirmed the fox that was captured yesterday tested positive for the rabies virus,” a statement from the city’s health agency said, advising anyone who had come into contact with the animal or its offspring to reach out to the authorities. “D.C. Health is contacting all human victims who were bitten by the fox.”

Washington health officials said earlier in the day that the fox had been euthanized so that she could be tested for rabies, eliciting an outpouring of sorrow for an animal that had become something of a mascot during its brief wanderings near the Capitol. But in an era of pandemic precautions and contact tracing, the diagnosis prompted speculation about who might have been exposed.

Representative Ami Bera, a California Democrat who had reported being bitten by a fox near the Capitol on Monday night and was treated soon after, said on Wednesday that he felt “healthy” and was back to work.

Ximena Bustillo, a food and agriculture policy reporter for Politico who had also been bitten on Tuesday, said she was not contacted by D.C. Health officials about the positive rabies test before the announcement became public.

It was not immediately clear what additional measures would be taken for the local fox population after the positive test. No other foxes were found on the Capitol Hill grounds, an earlier D.C. Health statement said, but it would not be uncommon to see more.

The status of other bite victims was unknown. Treatments for rabies, which can be fatal, should be started “as soon as possible after exposure,” according to the Centers for Disease Control and Prevention.

The late vixen’s children — known as kits — were also found on the Capitol grounds and recovered on Wednesday morning, D.C. Health said. Officials said they were still determining what to do with the kits.

Her presence had become a springtime diversion on Capitol Hill this week as lawmakers, aides and journalists reacted with bewilderment, admiration and a hint of fear to reports of a wild fox on the loose, biting and nipping at passers-by.

Senate leaders were asked at news conferences if they had seen her. Photos and videos of foxes scurrying in and out of bushes and chasing squirrels on the grounds filtered onto social media. The Capitol Police repeatedly warned occupants against approaching the fox. Ms. Bustillo was bitten from behind in broad daylight.

And then came the revelation that Mr. Bera had been bitten during what he described as an unprovoked encounter on Monday night, and had received treatments for tetanus and rabies — seven shots that night, one in both buttocks — at Walter Reed National Military Medical Center.

“Despite the dustup, I hold no grudge or ill will against” the Capitol fox, Mr. Bera said hours before the announcement that she was put down — and later that she was rabid. He had wished her a happy and prosperous future.

“Representative Bera is sad to learn of this news,” a spokesman said before the announcement of the test results.

City health officials did not say if they had connected this fox to the attack against Mr. Bera.

But they made it clear that it was up to humans to prevent further fox killings.

“D.C. Health will not be doing a roundup of healthy foxes in the area,” the statement said, adding that the agency “only intervenes to remove wildlife if they are sick or injured or where an exposure to humans has occurred and rabies testing would be warranted.”

In other words: Stay away from wild foxes, no matter how soft their fur looks or how adorable their little eyes are. And whatever you do, don’t get bitten by one. Lives are on the line.