Why So Many Billionaires Live in California 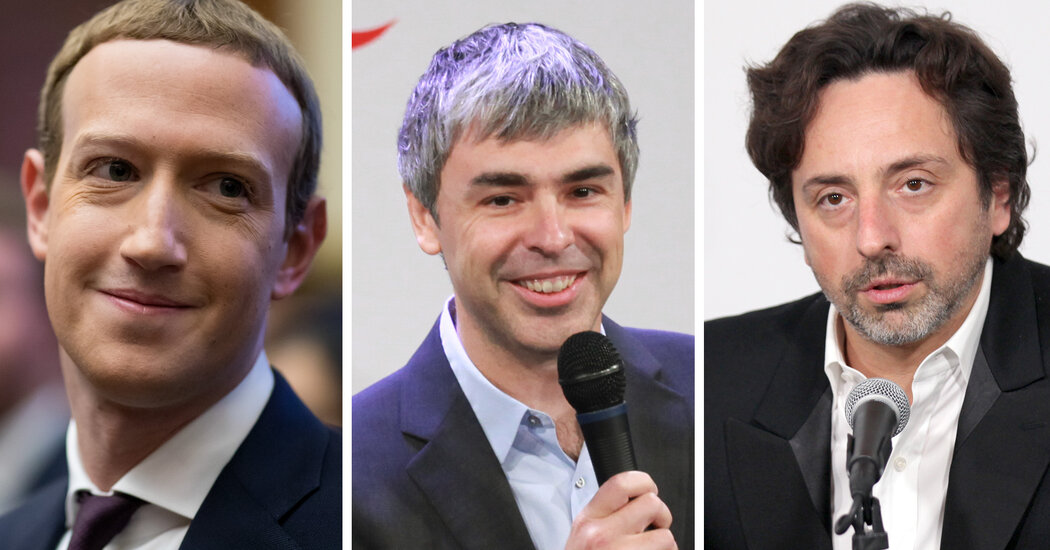 Of the 100 wealthiest people in America, 26 live in California.

That’s more than any other state, and not simply a byproduct of California’s large population. If the country’s 100 top billionaires were evenly distributed, we would expect just 12 of them to reside here.

Yes, this is largely because of Silicon Valley. But it’s also a reflection of the fact that California has the fifth-largest economy in the world, said Richard Walker, an emeritus professor at U.C. Berkeley who studies economic geography.

“California has been the main engine for American growth for the last 50 years,” Walker told me. “This is not sufficiently acknowledged — how immense the California economy is.”

Before we dive in: I’m going off the official Forbes 2021 billionaire rankings, but they shift daily with the stock market. All of these figures should be viewed as estimates, as there is no system or requirement that Americans report their total wealth to the government.

Now on to the good stuff. There are 724 billionaires in the United States, and California is home to 189 — roughly a quarter of the total, according to Forbes.

Forty-four percent of California’s billionaires made their fortunes in tech, followed by 23 percent in finance and 7 percent in real estate, according to Forbes.

Zuckerberg invented Facebook while a student at Harvard, but then “he moves to Silicon Valley because that’s where the action is,” Walker told me. “That’s been going on for two, three, four generations now — you come to Silicon Valley if you’re in tech.”

Silicon Valley’s tendency to mint billionaires has led to a startling trend: Of the 26 Californians who rank among America’s 100 richest people, 19 live in the Bay Area.

Perhaps you’re wondering about Elon Musk, who relocated Tesla headquarters to Texas, or Oracle’s Larry Ellison, who moved to Hawaii. But it turns out they’re outliers.

Thirty-five people made California’s billionaire list for the first time in 2021, Forbes reported, and more than half of them had the tech industry to thank. California still has more billionaires than any other state; New York is second with 126.

Adam Sterling, executive director for the Berkeley Center for Law and Business, said that people who’ve made their fortunes in California prefer to stay here, close to their professional and personal communities. The high cost of living and higher taxes probably aren’t much of a deterrent if you’re a billionaire, he said.

Plus, the cachet of a California billionaire — think a wealthy techie in a hoodie — may not translate in a place like New York, where the rich are more likely to have inherited their wealth.

“There’s a lot of stickiness in California,” Sterling told me. “This is where your billionaire community is.”

“I first visited there as a child, in the ’50s. I’m 75 now, and my husband and I have camped there a number of times; its magic returns on each visit. The redwood rainforest, Fern Canyon (a combination of Jurassic Park and the Garden of Eden), burbling creeks, springtime rhododendrons, twisty trails through it all. Oh, and did I mention the elk (!) — relaxing in the meadow, hiding in the bushes, striding along the roadway. This is a place to “get away from it all” (no cellphone service, thank you), to calm yourself and be grateful to be in this little corner of paradise.”

Join The Times for a free online event on Wednesday with two of the nation’s most prominent Covid-19 experts.

Dr. Bob Wachter and Dr. Monica Gandhi, both at the University of California, San Francisco, have worked throughout the pandemic to explain the risks of Covid-19. And often, they have disagreed.

Having a bad day? How about a pep talk from some kindergartners?

Students at West Side Elementary School in Healdsburg started a free hotline called Peptoc with the help of their teachers, NPR reports. They now get thousands of calls a day.

Jessica Martin, an art teacher, said she was inspired by the positive attitudes her students had despite challenges from the pandemic and local wildfires.

“I thought, you know, with this world being as it is, we all really needed to hear from them — their extraordinary advice and their continual joy,” Martin told NPR.

When I rang up Peptoc, a child told me I should punch a pillow or cry into one to make my bad day more tolerable. Not the worst advice.

P.S. Here’s today’s Mini Crossword, and a clue: People bring a lot of baggage to it (5 letters).