Why Hurricane Names Are Retired 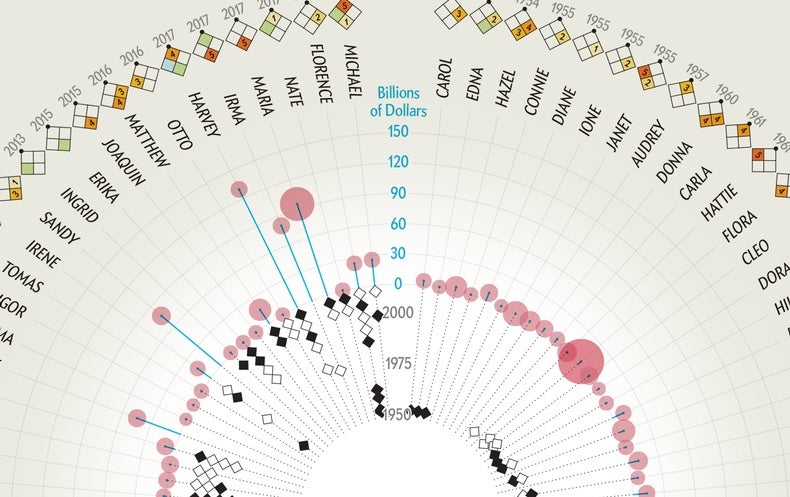 Since 1950, when a formal naming process began, the monikers of 89 northeastern Atlantic, Caribbean and Gulf of Mexico hurricanes have been retired because of the deaths or excessive financial damage they caused. A list of 21 names is designated for each of six successive years; in year seven, the set from year one repeats, and so on. (Beyond 21, which is rare, names come from the Greek alphabet.) Retired names are replaced. A storm “Florence” formed eight times before it achieved infamy in 2018. In the mid-1900s fatalities may have been high even when damages were modest, in part because early-warning systems and emergency responses were not as effective as today. In recent times damages have mounted largely because coastal population and value of infrastructure have risen dramatically.