Why Doubt Is Essential to Science 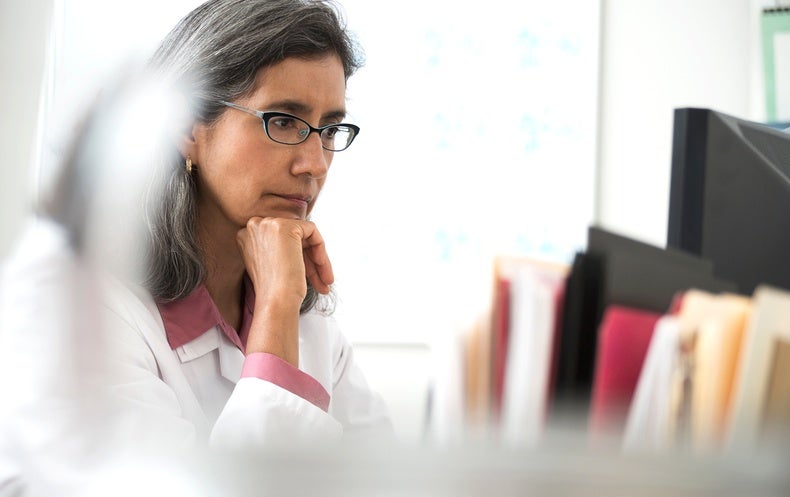 The confidence people place in science is frequently based not on what it really is, but on what people would like it to be. When I asked students at the beginning of the year how they would define science, many of them replied that it is an objective way of discovering certainties about the world. But science cannot provide certainties. For example, a majority of Americans trust science as long as it does not challenge their existing beliefs. To the question “When science disagrees with the teachings of your religion, which one do you believe?,” 58 percent of North Americans favor religion; 33 percent science; and 6 percent say “it depends.”

But doubt in science is a feature, not a bug. Indeed, the paradox is that science, when properly functioning, questions accepted facts and yields both new knowledge and new questions—not certainty. Doubt does not create trust, nor does it help public understanding. So why should people trust a process that seems to require a troublesome state of uncertainty without always providing solid solutions?

As a historian of science, I would argue that it’s the responsibility of scientists and historians of science to show that the real power of science lies precisely in what is often perceived as its weakness: its drive to question and challenge a hypothesis. Indeed, the scientific approach requires changing our understanding of the natural world whenever new evidence emerges from either experimentation or observation. Scientific findings are hypotheses that encompass the state of knowledge at a given moment. In the long run, many of are challenged and even overturned. Doubt might be troubling, but it impels us towards a better understanding; certainties, as reassuring as they may seem, in fact undermine the scientific process.

Scientists understand this, but in the dynamic between the public and science, there are two significant pitfalls.

The first is a form of blind scientism—that is, a belief in the capacity of science to solve all problems. The popular narrative of science is linear, embodied by heroic researchers who work selflessly for the good of humanity. Indeed, some scientists promote this attractive public image of their work. But this narrative ignores the ubiquity of controversy, conflict and error at the very heart of the scientific world. Such an idealized representation tends to turn science into an unquestionable set of beliefs. In fact, however, the power of science lies precisely in its capacity to generate discussion and even discord.

The second pitfall is a form of relativism borne out of a lack of confidence in the very existence of truth. It develops when science is divorced from method and viewed as just another claim in the marketplace of ideas. A Pew Research study shows that 35 percent of Americans think the scientific method can be used to produce “any result a researcher wants.” Once the scientific approach has been delegitimized, then all hypotheses, including the most outlandish and irrational ones, can be taken as credible. So, hidden in this conceit of a democratic “marketplace of ideas” is a particularly virulent form of relativism that approaches nihilism.

Such examples of relativism about issues including climate change and, most recently, the COVID-19 pandemic—have significantly contributed to the proliferation of fake news and conspiracy theories. The diffusion of fake news is facilitated by the difficulty of a large majority of Americans in distinguishing between fact and opinion. Factual news can be proved or disproved by objective evidence, while opinion is an expression of the beliefs and values of the speaker.

In an effort to combat misinformation, scientists may overcompensate by accelerating their research, or publicizing their findings prematurely. This can spur dialogue about science but, with serious side effects. Some scientists have yielded to public pressure by rushing to provide theories about and potential cures for COVID-19. In an August article in the Annals of Internal Medicine, for example, Doroshow, et al. observe that “Although this boom has already begun to transform our response to the pandemic for the better, medical and scientific responses to past crises suggest that urgency may also result in compromised research quality and ethics, which may in turn jeopardize public faith in government and science, waste precious resources, and lead to the loss of human life.”

The scientific process itself has been called into question during the pandemic in cases where the very institutions and peer review process that were supposed to check scientific results failed to detect scams. In the words of editor Richard Horton, a study on hydroxychloroquine first published by The Lancet and then retracted within weeks, was a “monumental fraud”.

So how to regain public trust in science when the public is looking for certainties and when those who are supposed to impersonate doubt seem to be fickle or dogmatic?

A more realistic understanding of how science works can contribute to a better comprehension of the decisive role of doubt and skepticism in the scientific process. Indeed, science is not a linear path leading from one success to another, but rather a constant reevaluation of hypotheses. Failures are part of the scientific process and should be taught along with successes.

It is, therefore, not so much the content of scientific discoveries that should be highlighted, but the understanding of the scientific process itself that must be enhanced. No one expects the public at large to fully understand all discoveries or to be able to arbitrate between possible treatments. But what must be reaffirmed is that in science, doubt is not a vulnerability but a strength. The scientific approach often leads to dead ends, but sometimes it leads to fundamental discoveries that no other approach has ever achieved.