Why Californians Have Been Saving Less Water in 2022 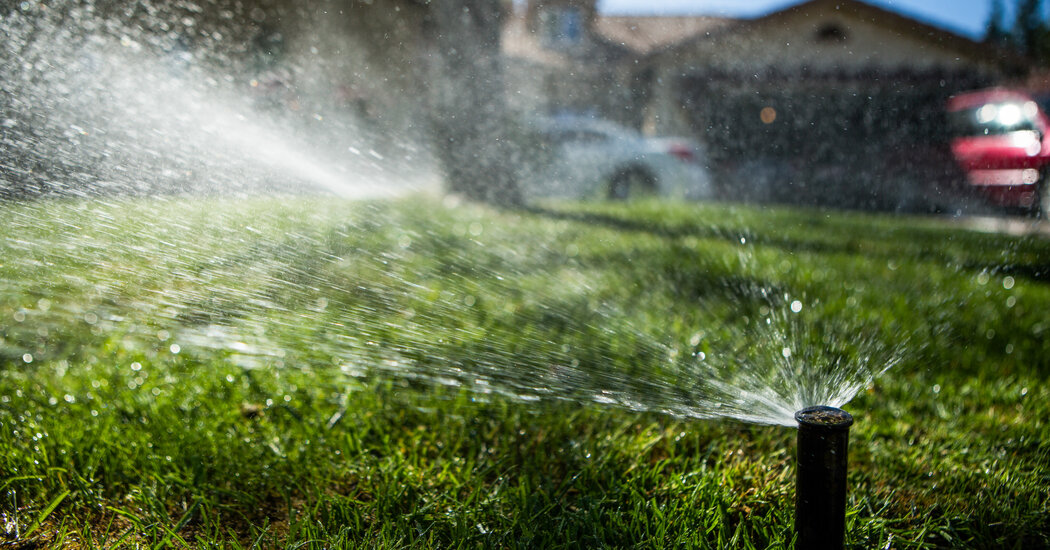 The latest figures on California’s water conservation are in, and they’re pretty dismal.

Despite calls to reduce consumption during our punishing drought, Californians used 2.6 percent more water in January compared with the same month in 2020, according to state data. The figures for February and March are unlikely to be much better.

So why the backslide?

Well, California is in the midst of a brutal drought that has depleted our reservoirs and snowpacks. Newsom has asked people and businesses to voluntarily cut how much water they use by 15 percent.

You might think that means taking shorter showers or turning off the faucet while brushing your teeth. Those strategies don’t hurt, but a far more efficient one is to water our yards less.

As much as 80 percent of residential water usage goes to the outdoors in California. Our dry climate requires far more water to keep lawns alive than, say, on the East Coast, where it rains in the summer.

So, when California was slammed with an atmospheric storm in late October and another in December, Californians’ water savings jumped — because people turned off their sprinklers.

But then we entered 2022. January and February, typically the heart of our rainy season, were the driest two-month start to the year in California history, state officials say.

Accordingly, Californians needed more water for their yards. The state instated $500 fines in January for people who water their lawns after rainfall or allow runoff into the street, but they didn’t significantly curb usage.

In warmer, more inland parts of the state, water usage increased by nearly 30 percent in January compared with the same month in 2020. That brought the state’s cumulative savings since July, when Newsom called for the 15 percent reduction, to a mere 6.4 percent.

“We’ve suffered quite the climate and weather whiplash here,” Joaquin Esquivel, chair of the State Water Resources Control Board, said during a recent meeting in which the data was released. “Outdoor irrigation is such a huge component of water use that it really reflects here some real challenges we’re going to have given these dry conditions.”

Given these dire straits, state officials announced last week that California’s urban water users and farmers will get just 5 percent of what they’ve requested from state water supplies.

That’s down from the 15 percent allocation state officials announced earlier in the year, after our wet December had fueled hopes of an improving drought.

“A really fun and unique overnight adventure is to stay at the East Brother Light Station, a Victorian Lighthouse built on East Brother Island at the entrance to San Pablo Bay. It was built in 1873 and after being fully automated in 1969 it was listed on the National Register of Historic Places. After renovations it began operations 1979 as a charming bed-and-breakfast, accessible only by boat and reservation. Funds earned by the Inn, through its nonprofit corporation, pay for ongoing restoration and maintenance costs of the buildings and equipment of the island. Big views and lots of history!”

A sport called the Formula 1 of sailing is coming to the Bay Area this weekend.

The championship of the Mubadala United States Sail Grand Prix, arguably sailing’s pinnacle racing series, will be held in San Francisco on Saturday and Sunday, The San Francisco Chronicle reports.

Competitive catamaran racing is a high-speed and drama-packed spectacle that’s become increasingly popular in recent years. The F50 boats used to compete are capable of hitting 120 miles per hour.