Why Biden could still lose the suburbs to Trump – POLITICO 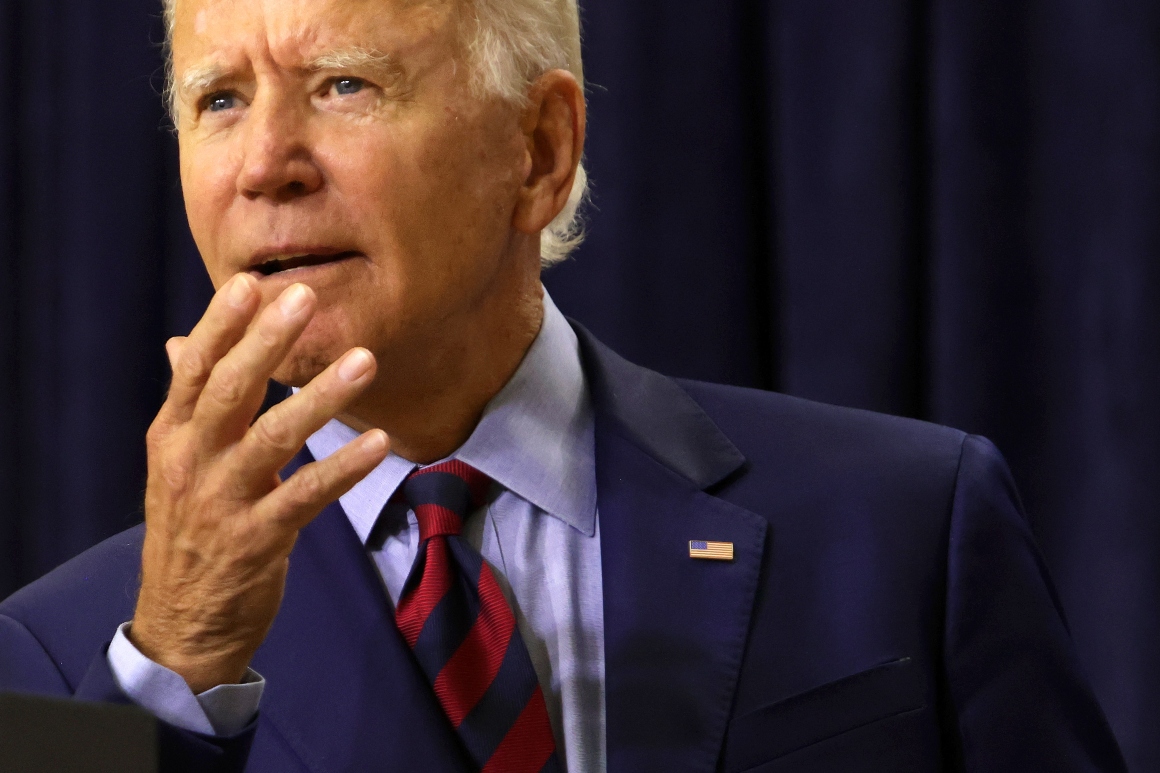 Two Democratic strategists who recently viewed focus groups of suburban voters described high-propensity voters increasingly concerned about unrest in urban centers, though both strategists said it was unclear whether that concern would push them to Biden or to Trump.

One of the strategists described a focus group in which white, college-educated women reacted to the protests by discussing their own property values and, in one woman’s case, her family’s mortgage.

“White women who have college degrees are starting to really get sick of this,” the strategist said.

Some state polls are showing signs of it. In Pennsylvania, a critical swing state, a Monmouth University poll released last week found that Biden’s lead over Trump had narrowed statewide, and that Trump was leading Biden by 2 percentage points in 10 swing counties, including some Philadelphia suburbs, erasing a large advantage Biden had built there earlier this year.

If civil unrest persists, said Robert Tatterson, secretary of the Democratic Party in Ozaukee County, outside Milwaukee, Trump “will be able to be the strong man, only-I-can-save-you leader, and that’s playing out just like I had feared.”

“The plus side is that it’s activating the Democrats,” Tatterson said. “It’s activated people on both sides … I don’t know where the pendulum has swung, who has more people that were sitting on the sidelines who weren’t maybe going to vote who are going to vote now, or who were in the middle and this has swayed. I don’t know.”

One source of comfort for suburban Democrats is that Trump’s previous lines of attack — on China, on Hunter Biden’s ties to Ukraine — have done little to penetrate the electorate. Trump’s public approval numbers remain dismal and relatively few voters are undecided. For all of this year’s upheaval, the race has stayed relatively stable, with Biden comfortably ahead in national polls.

In addition, there is widely-held confidence among Democrats that Biden is more likely to benefit from a discussion of race and public safety in the suburbs than Trump, whose approach to suburban America rests on an outdated understanding of suburbia. Not only are suburban neighborhoods less hostile to urban centers than they were in the 1960s, when Richard Nixon’s law-and-order rhetoric resonated, they are racially and economically more diverse. People of color now make up about a third of the suburban population, and in much of the country, Black Lives Matter is not foreign to, but a feature of, the suburban landscape.

Electorally, many Democrats view the summer’s protests as an opportunity to expand the party’s coalition. Alexia Sabor, chair of the Dane County, Wis., Democratic Party, which includes Madison and its surrounding communities, said Biden’s response to racial unrest is “a way in which Biden can differentiate himself from Trump” on a critical issue.

The former vice president’s appearances in Pittsburgh and Kenosha last week were viewed by Democrats in swing states as significant in challenging Trump’s narrative on the issue, as Biden condemned looting, rioting and “violence of every kind by anyone, whether on the left or the right.”

“You can’t let things go unsaid,” said Ed Bruley, chair of the Democratic Party in Michigan’s working-class suburbs of Macomb County. “It’s important for the people involved to say that in a clear and non-ambiguous way … that violence is not acceptable on any side, including the police side.”

Bruley said Biden “needs to get out and go places a bit more” to counter Trump. And in nearby Oakland County, Mich., Vaughn Derderian, the chair of the local Democratic Party, suggested Biden may be especially qualified to discuss race and violence in the suburbs.

“It really does feel like Biden himself is almost the best candidate for this moment because of who he is as a person and his ability to talk about racial justice and racial equality in a way that sounds like a traditional white, suburban guy,” Derderian said. “He doesn’t particularly sound woke, but you also understand that he gets it and that he’s trying to look at these problems in a realistic way.”

It is likely that the civil unrest will factor mostly at the margins in the November election, as Americans remain more concerned about the economy, the coronavirus and other issues. In August, the nation recorded about 1,000 deaths a day from Covid. School is now resuming — in most cases remotely — and the economy still in tatters.

In Bucks County, Pa., traditionally a suburban Philadelphia battleground, John Cordisco, chairman of the county Democratic Party, suspected public opinion is so fixed that the protests — and Trump’s militant reaction — are unlikely to significantly affect the outcome.

“If we don’t have a [coronavirus] vaccine, and people aren’t back to work, that will be the overriding issue,” he said.

But repeatedly in recent days, organizers of the Democratic Party’s operations in swing state counties volunteered that it’s more difficult than in previous years to be sure. Party offices are closed due to the pandemic, door-to-door canvassing has been limited, and party officials find it harder to detect subtle shifts in the electorate’s mood.

“I don’t have a good feel for it yet,” Cynthia Busch, chair of the Democratic Party in Florida’s Broward County, said of the protests’ potential impact on the election. “Part of the problem is Covid makes it hard to know what people are thinking.”