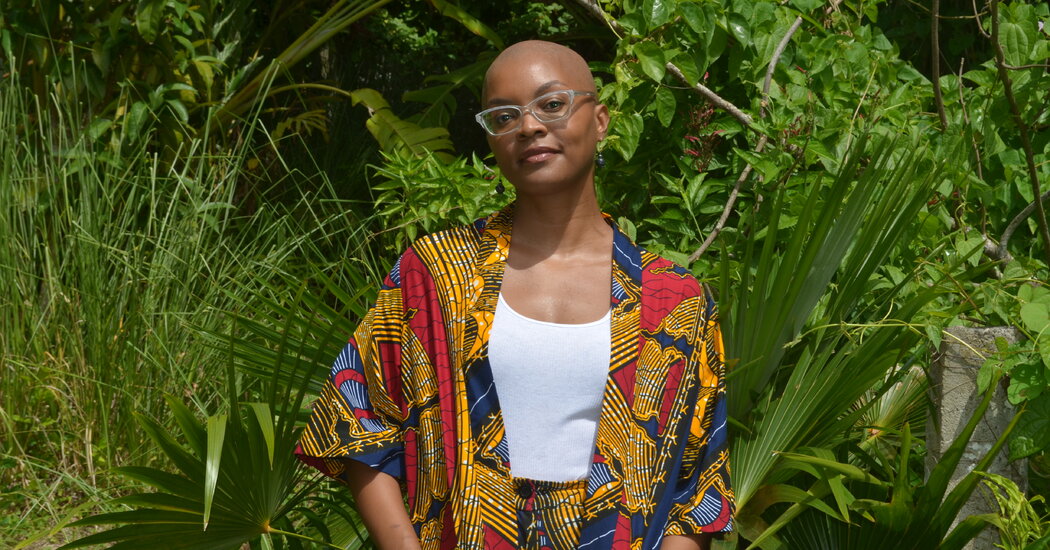 The romance novelist Alyssa Cole was born in the Bronx and grew up there and in Jersey City, so she is familiar with how areas can change when longtime residents are pushed out and wealthier newcomers arrive.

“Suddenly there’s a huge apartment building, and things that had been landmarked were suddenly gone or converted into a trendy new bar,” she said in an interview.

Gentrification is central to the plot of her new book, “When No One Is Watching,” out on Tuesday. It follows Sydney, a Black woman in Brooklyn who decides to offer historical tours of her beloved, rapidly changing neighborhood after watching an uninformed guide gloss over its African-American roots. She reluctantly brings on Theo, a white man who recently moved in across the street, as a research assistant. But when people start disappearing, they become wrapped up in a nefarious plot threatening the neighborhood.

Cole is best known for her romances, including the Loyal League and Reluctant Royals series, but “When No One Is Watching” is a thriller, a first for her. “I wanted the characters to be more morally gray, where I could explore some darker areas,” she said. She also wanted to write without the expectation of a happily-ever-after ending.

She spoke about the departure from her usual genre, how history informs her writing, what she loves about romance and why she thinks some conspiracy theories are having a moment. These are edited and condensed excerpts from the conversation.

What was the inspiration behind this book?

There are a few layers. I write historical romances set in a variety of periods of American history. But as I’m researching all these different periods, there’s always anti-Blackness. There’s always these kind of incredibly, so cruel that they’re ridiculous, forms of oppression. This book and Sydney’s tour were a way of processing that.

I’m not, like, “I’m here to teach you.” I want to write a good story that’s enjoyable and either romantic or scary, but underlying all of that there’s a bit of anger — that we have all this history that we’re not taught that really clarifies why things are the way they are now, why people are protesting right now, why cops feel emboldened to act how they do right now.

Much of what’s in the book is eerily prescient considering our present moment, with protests breaking out across the country. How does it feel to read those scenes now?

It’s been difficult, to be honest, because of course, you have to do the press tour, you have to talk about these things. And as you’re doing this, you’re seeing people being killed as you scroll through Twitter.

One aspect of the book is “Oh yeah, it’s a conspiracy book,” but it’s not, because the majority of situations are inspired by real things. So it’s been frankly bizarre, and I’ve had to hold myself at a bit of a remove from a lot of things. I think a lot of people are experiencing that right now, not being able to process everything that’s happening.

You mentioned conspiracy theories, and I thought it was interesting that you mention Illuminati by name a few times in the book. A theme in the book was the questioning of reality — who is believed, who isn’t. What were you trying to demonstrate about the truths that we believe and what we don’t?

We all have the family member sending Illuminati videos in the group chat. Particularly within the Black community, there can be a robust conspiracy theory situation going on, because so much wild stuff has been done to us. At a certain point I can understand why people believe the Illuminati are doing these things.

I was getting into all kinds of arguments with people during Covid, because they were like, “You can’t tell them that you’re sick, because they’re going to come take you and do tests on you.” On the one hand it’s like, “Look, please tell people if you’re sick.”

But on the other hand, I completely understand why you would believe that. There have been how many cases with evidence of testing on Black communities? Of course there are going to be conspiracy theories, and among those conspiracy theories there is the kernel of truth that testing has been done in Black communities. So why shouldn’t they believe that this is a possibility?

You typically write romance. Why did you decide to try a new form?

Around the end of 2019, you shared the story of Courtney Milan’s treatment within the Romance Writers of America, and shortly after the organization kind of imploded. Are you still involved with it?

I just don’t have the energy for it right now. It was such a huge and unnecessary betrayal that I don’t know how soon I would be trusting that organization, or any organization, again. I know there are a lot of people trying to change things, but for a lot of people it felt, apart from the baseline betrayal, it felt similar to 2016.

I know that they’re trying to change and I wish them the best with that, but I personally am still not quite over what happened.

“When No One Is Watching” is told through Theo, a white man, and Sydney, a Black woman. What did you hope readers would get from each perspective?

I wanted to show Sydney spiraling, seeing what’s going on. And I wanted to show Theo, who is generally an OK guy. He sees himself on some level, as far as race goes, as not racist and wouldn’t be friends with racists, but also doesn’t really see Black people or Black communities or think outside his preconceived notions. I wanted to show him having that realization that he has not been paying attention this entire time, even though he thought he was. Because I truly think that on some level, white people do not see Black people or people from other marginalized groups.

This is why there are people out in the street protesting. This is why more people are trying to be allies in some way, because they are realizing all this stuff was happening right in front of their face, and they really didn’t even notice it.

Older people are really respected in the book as vessels of information, and I think it reflects an oral history tradition present in many communities whose voices are often left out of history. Did you grow up with an oral tradition?

A lot of times family don’t talk about the bad things that happened unless something really prompts them to talk about it. A lot of our parents and grandparents and aunts and uncles have so many stories that we’ve never heard. We hear a fraction, but there are also some they would likely never tell you because they don’t want to share something so terrible with you, because it’s traumatizing. Or if they do tell you, they’ll never talk about it again, and there’s an understanding that you’re never going to ask about it again.

I was thinking of how sometimes people had relatives who went to war, and they never knew they were involved in certain situations. And I think for a lot of marginalized people, they have, in a way, been to war within America, without having to leave where they were born.