Who Should Get Reparations in California? 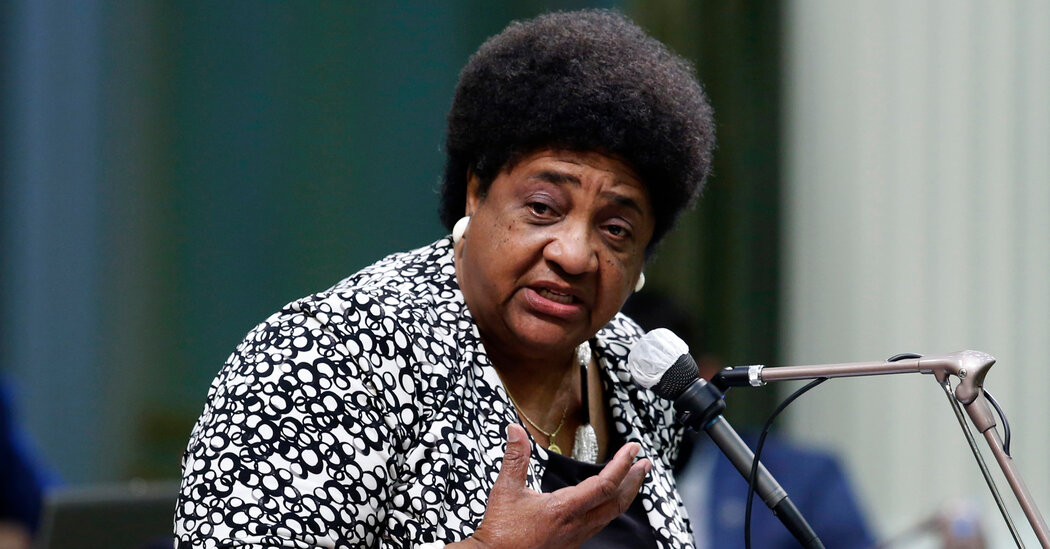 If California were to provide reparations for Black residents, who exactly should qualify for the payments?

That’s a question that has stumped the expert panel in charge of California’s historic reparations effort, the first undertaking of its scale and one that could have major implications for the rest of the nation.

In 2020, California approved legislation to accomplish a tall order: Establish a “task force to study and develop reparation proposals for African Americans, with a special consideration for African Americans who are descendants of persons enslaved in the United States.”

As you can see from that language, the law prioritizes people whose ancestors were enslaved, but doesn’t detail exactly what that means. Some task force members want to limit payments to go only to people who can trace their lineage to someone enslaved in the United States, while others bristle at the idea of excluding any Black Californians.

“If you have Black skin, you are catching hell in this country,” Lisa Holder, a lawyer and task force member, said last week during a task force meeting. “We have to embrace this concept that Black lives matter — not just a sliver of those Black lives.”

For months, the nine-member task force has been hearing testimony and gathering evidence about the way Black Californians have been affected for generations by redlining, school segregation, voting restrictions and other discriminatory policies.

The panel is supposed to finalize a report by the summer of 2023 that would detail who should get reparations, in what form and in what amounts. But at last week’s meeting, nailing down an answer to the first question of eligibility did not prove easy.

First, Erwin Chemerinsky, the dean of U.C. Berkeley’s law school, testified that providing reparations based on lineage, as opposed to race, would make the effort less likely to be overturned in court. Dozens of public commenters who later called into the meeting overwhelmingly supported that approach.

“Please do not jeopardize justice for a people who’ve been oppressed for 400 years,” one speaker, Tiffany Quarles, said. “We have a once-in-a-lifetime opportunity to get this done and get it done right.”

But some members of the task force opposed distinguishing between groups of Black Californians. All grapple with widespread anti-blackness left behind by decades of slavery, they said.

Reginald Jones-Sawyer, who represents South Los Angeles in the State Assembly, pointed to President Barack Obama as a telling example:

If reparations were limited to people directly descended from enslaved people in the United States, Obama would not qualify, as his father is from Kenya and his mother is white.

“In essence, we’re saying people like that, who’re experiencing racism now — and you can’t tell me Barack Obama didn’t experience racism — could not be part of reparations,” Jones-Sawyer said.

Others expressed concerns that it would be difficult for descendants of enslaved people to prove their ancestry so they could qualify for payments. Others said they worried that barring some Black Californians from reparations would cause unnecessary fighting within the Black community.

Holder, the lawyer, shared a personal story: Fourteen years ago, her newborn died while she was in labor. She believes that doctors didn’t listen to her or address her concerns because she is Black.

Ultimately, the panel voted, 5-4, to postpone the decision about who should be eligible for reparations until its next meeting. The group will reconvene on March 29.

“Our vacation home overlooked the ocean. The sounds of the foghorn and crashing waves lulled me to sleep every night. The air was fresh, clean and saturated with the salt of the Pacific. We were blessed with windy temps in the 50s and sun. Lots of sun!

One of the highlights was waiting for the tide to go out around 3 p.m. We headed to Doran Beach and walked about a mile out to see the starfish, anemones and mussels cluster in, on and around the rocks.

It was otherworldly — these creatures who revealed themselves so that we could observe, gaze and delight us with their unique forms and beauty!”

Join The New York Times for a free online event on Wednesday with two of the nation’s most prominent Covid-19 experts.

Dr. Bob Wachter and Dr. Monica Gandhi, both at the University of California, San Francisco, have worked throughout the pandemic to explain the risks of Covid-19. And often, they have disagreed.

A new grocery store opened this week in a pocket of Sacramento that had been considered a food desert.

The Rancho San Miguel Market opened on Wednesday in the city’s Oak Park neighborhood. It stands at the site of another grocery store that closed in 2020, The Sacramento Bee reports.

“This is a wonderful step in getting more healthy food access to our community,” a customer, Alberto Mercado, told The Bee. “We’ve been waiting for three years almost.”

Thanks for reading. I’ll be back on Monday. Enjoy your weekend. — Soumya