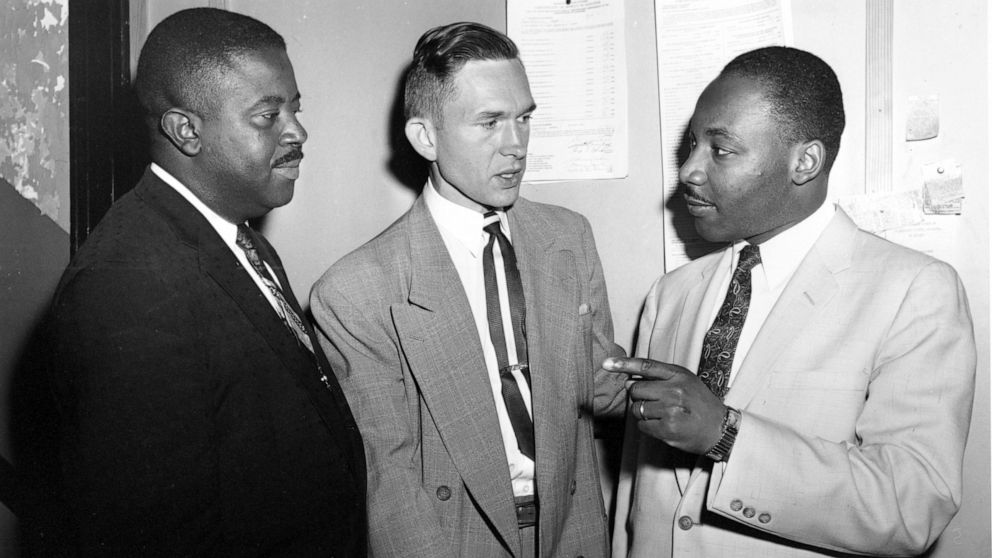 The only white minister to support the Montgomery, Alabama, bus boycott has died

MONTGOMERY, Ala. — The Rev. Robert Graetz, the only white minister to support the Montgomery bus boycott and who became the target of scorn and bombings for doing so, died Sunday. He was 92.

Graetz died of complications of Parkinson’s disease at his home in Montgomery surrounded by his wife, family and friends, said Kenneth Mullinax, a friend and family spokesman.

Graetz was the minister of the majority-Black Trinity Lutheran Evangelical Church in Montgomery. Graetz was the only local white clergyman to support the boycott. He and his wife, Jeannie, faced harassment, threats and bombings as a result.

Sparked by the December 1955 arrest of Rosa Parks, the planned one-day boycott of Montgomery City Lines became a 381-day protest of the segregated bus system that ended with a U.S. Supreme Court ruling that segregated public buses were unconstitutional.

The parsonage where the Graetzes lived was twice targeted by bombs, once when they were away and again in 1957, not long after the boycott ended, in a wave of attacks on civil rights leaders and churches. Four Black churches and the home of the Rev. Ralph Abernathy were also bombed that night. The Graetzes were at home with their children at the time, including a nine-day-old baby at the time.

One bomb blew out the windows of the home. A second, a massive package of 11 sticks of dynamite wrapped around a small box of TNT, was at the parsonage earlier that night but failed to explode.

In his book, “A White Preacher’s Message on Race and Reconciliation,” Graetz described how during those years of danger he played a game with his children in which he encouraged them to duck behind the sofa if they were told to hide because of a strange noise outside.

Despite the scorn, violence and threats he and his wife faced, Graetz wrote they would not change a thing if we were given the opportunity.

“The privilege of standing up for righteousness and justice and love is greater than any other reward we might have received,” Graetz wrote.

“Rev. Robert Graetz and his wife Jeannie stood against hate and put their lives in danger because the cause, of their all black congregation and the community itself was just,” Reed said.

“Rev. Graetz was a kind and gentle soul, who along with his revered wife, Jeannie, dedicated his life to creating Dr. King’s vision of the Beloved Community,” English said.