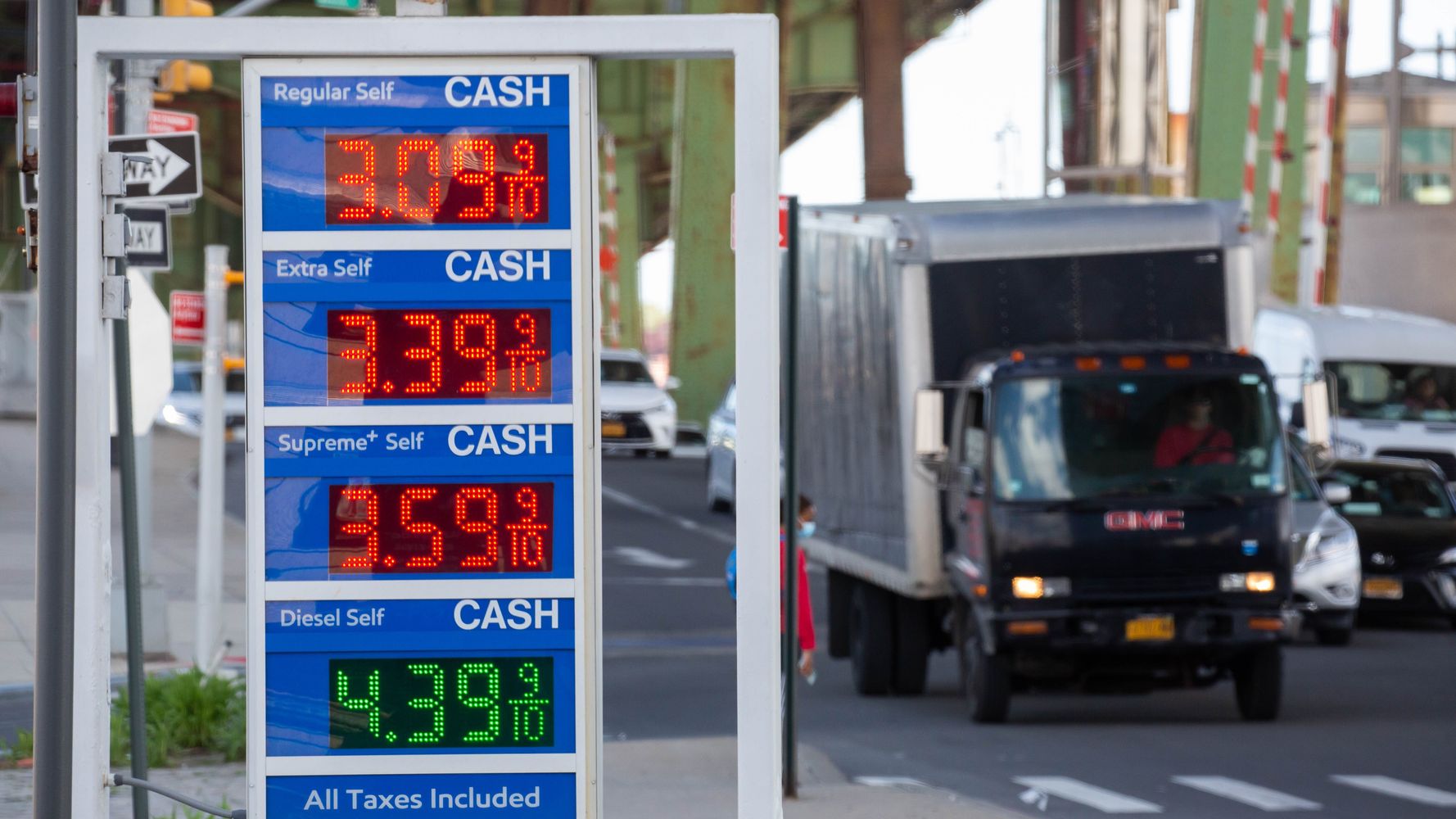 The White House on Friday tried to assuage Americans’ concerns about rising gas prices ahead of Memorial Day weekend, saying gas prices have “stabilized” and are “well in line with what they’ve been in recent decades.”

The average cost nationally for a gallon of unleaded gas is now $3.04, according to the American Automobile Association ― the highest it’s been in seven years.

A variety of factors are driving the higher price, including increasing demand as more Americans take to the road as pandemic restrictions lift and a shortage of tank truck drivers to deliver fuel.

The National Tank Truck Carriers, the industry’s trade group, told CNN in April that 20% to 25% of tank trucks were parked because of a lack of drivers.

Industry experts have warned that this driver shortage and the continued reopening of the U.S. economy, among other factors, could lead to potential gas shortages ― and thus higher prices ― this summer.

“This summer is going to be a tough summer at the pump for consumers,” industry analyst John Kilduff recently told CNBC.

On Friday, White House press secretary Jen Psaki sought to assure Americans that they are, in fact, “paying less in real terms for gas than they have on average over the last 15 years ― and they’re paying about the same as they did in May 2018 and May 2019.”

Gas prices soared ahead of Memorial Day in both of those years. In 2018, the average cost for a gallon of gas was $2.97, according to AAA. The following year, the average was around $2.80, following the largest U.S. gas price surge since 2011.

Donald Trump, who served as president during those years, issued a statement this week lamenting today’s high gas prices.

“I’m sorry to say the gasoline prices that you will be confronted with are far higher than they were just a short number of months ago where we had gasoline under $2 a gallon,” he said. “Remember as you’re watching the meter tick, and your dollars pile up, how great of a job Donald Trump did as President.”

Republican lawmakers have blamed the Biden administration for the recent spike in gas prices. As The Washington Post noted, economists have largely pinpointed the reopening of the U.S. and other global economies as a primary cause.

More than 34 million Americans are expected to hit the road this Memorial Day weekend, most of whom will have to contend with the highest gas prices in seven years https://t.co/AzQEGP6vai pic.twitter.com/H9xz3uiP9i

Psaki acknowledged that gas prices have increased from last year, when demand plummeted amid the pandemic, but said current prices are “still well in line with what they’ve been in recent decades.”

Psaki added that gas prices had “stabilized” following the reopening of the Colonial Pipeline, which was shuttered earlier this month after a debilitating cyberattack.

Colonial Pipeline is one of the largest pipeline operators in the country, and its closure triggered fuel shortages across the Southeast.

The Colonial Pipeline is “fully flowing, and the supply situation returns to normal,” Psaki said, adding: “This is due in part to the administration’s aggressive, whole-of-government response to the unprecedented shutdown of that pipeline.”

Psaki went on to say that President Joe Biden is aware of how much of a “pain point” gas prices can be for Americans.

“That’s why President Biden is opposed any proposals to raise the gas tax. And it’s why we will continue to monitor prices, and are glad that Americans can get on the road again,” she said.

Millions of Americans are expected to travel by road and by air over the coming holiday weekend.

AAA has estimated that more than 37 million people will travel 50 miles or more ― a 60% increase from last Memorial Day weekend. AAA said the majority of these travelers ― some 34 million people ― will drive.