Where Ukrainian Refugees May End Up Settling in California 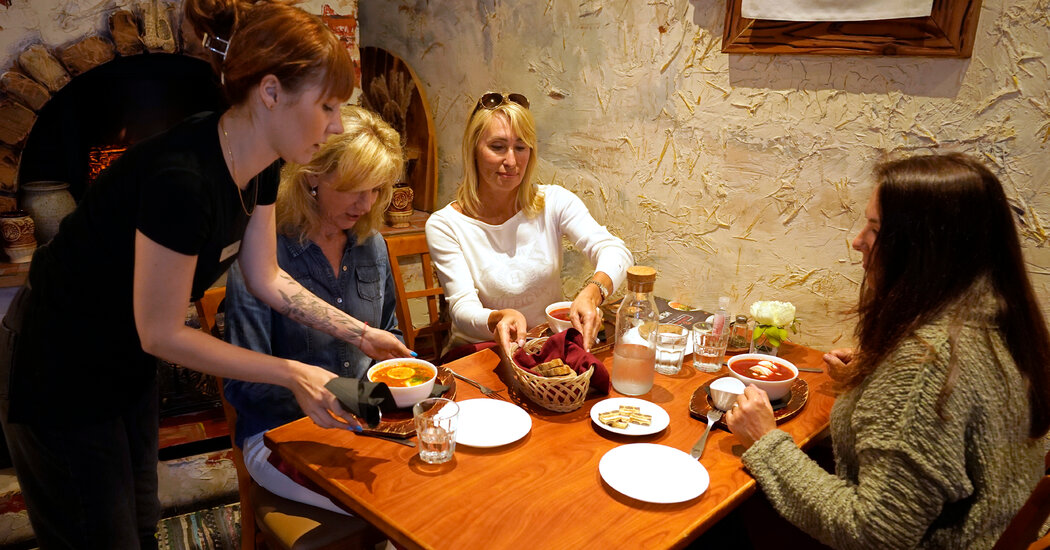 President Biden announced last week that the United States would accept up to 100,000 refugees fleeing the conflict in Ukraine. Many of them, it turns out, may end up in California.

Refugees are likely to settle in regions with strong connections to their home country. And California has some of the nation’s biggest Ukrainian communities, including in the Los Angeles, San Francisco and Sacramento regions. (Other major Ukrainian hubs are New York, Seattle and Chicago.)

The Sacramento area has the highest concentration of Ukrainian immigrants in the country, with one in every 125 residents of Ukrainian descent, according to the Migration Policy Institute.

Already, the Ukrainian community there is mobilizing to provide food, shelter and support to those escaping the war, The Associated Press reported this week. The House of Bread church near Sacramento has been helping dozens of its member families get ready to house people arriving in California.

“No refugee is waiting for you to be ready for them,” Eduard Kislyanka, senior pastor at the church, told the news outlet.

Roughly 10 million Ukrainians have left their homes since the conflict began, about four million of whom have fled the country, my colleagues report. It is the largest displacement of Europeans since World War II, according to the United Nations.

Some Ukrainian tourists and students who were already in California when the war broke out have been allowed by the federal government to overstay their visas. Hundreds of Ukrainians seeking asylum here have already crossed into California from Mexico, sometimes through dangerous means.

The numbers of refugees are likely to keep growing as Russia continues to convey mixed signals about its aims for the war, now in its sixth week. Despite Kremlin claims that it was withdrawing from the outskirts of Kyiv, the capital, fighting continued in that area on Thursday, and Western officials said they saw little evidence of a Russian pullback.

“Russia maintains pressure on Kyiv and other cities, so we can expect additional offensive actions, bringing even more suffering,” the NATO secretary general, Jens Stoltenberg, said at a news conference.

If you want to keep up with the latest on Ukraine, you can follow breaking news from The New York Times here, or sign up for our nightly email about the conflict.

Today’s tip comes from Kevin Corcoran, who lives in Valencia:

“Death Valley has become my favorite national park, mainly for the backcountry opportunities, the places that can be reached only by foot, and not even by trail. Most of the park is still as rugged, untouched and wild as a thousand years ago.”

Talk about a one-of-a-kind wedding proposal.

Harsh Shah, 35, took woodworking classes to learn how to carve a pasta stamp. Then he stamped a batch of corzetti, a coin-like pasta, with a personalized message.

In February 2021, he handed Laura Min McDonald, his girlfriend, her dinner — a plate of corzetti with pesto. She realized each piece of pasta was stamped with the words “Laura, will you marry me?”

It was the work of “an amazing person,” McDonald told the Times. “He’s really been this sort of steady and strong presence in my life as long as I’ve been with him.”

Shah and McDonald were married on March 31 in Tilden Regional Park in Berkeley.

Thanks for reading. I’ll be back on Monday. Enjoy your weekend — Soumya