Where in California Do Women Under 30 Earn More Than Men? 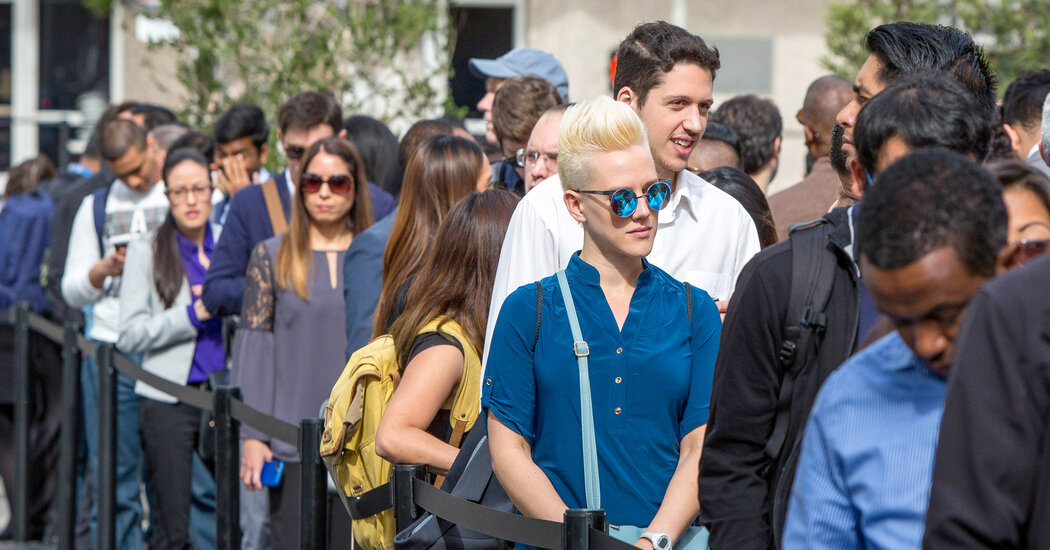 In 2000, an American woman under 30 with a full-time job earned, on average, 88 percent of what a similar man made. By 2019, young women’s pay had grown to 93 percent of men’s pay, which, while not ideal, can certainly be considered progress.

More promising, young women living in many major cities earned as much or more than their male peers in 2019, according to a recent analysis by the Pew Research Center. On that list were the Los Angeles, San Diego, Sacramento and Santa Barbara regions.

To be clear, this doesn’t mean that wage parity has been achieved in the Golden State. These cities are exceptions to the rule, and as women age, their salaries tend to become even less competitive. Among all workers in California, women in 2020 earned roughly 88 cents on the dollar compared with men.

Still, these numbers reveal the effects of rising college graduation rates among women, the shifting makeup of industries across California and more. And the broader story remains true — that over the past 20 years there’s been “a narrowing of the pay gap, though perhaps not as rapid as one would wish,” said Richard Fry, a senior researcher at the Pew Research Center.

You can see how the salaries of men and women under 30 stack up in 25 California metropolitan regions here. Below are young women’s salaries as a proportion of young men’s salaries in the biggest metro areas in the state:

Generally, we would expect to see better wages for women in larger population centers, experts told me. That’s because male-dominated industries — typically those that involve manual labor, like manufacturing, construction or working in a warehouse — aren’t as much of an economic driver in big cities.

And there’s probably a similar trend along the coast, where more liberal politics make unionizing more likely and there may be “a little bit more enlightened policy and wage policy,” said Richard Walker, an emeritus professor at the University of California, Berkeley, who studies economic geography.

But experts also warned against drawing broad conclusions about a region based on its gender wage gap.

The data isn’t stratified by occupation, so it isn’t really telling us whether men and women with the same jobs and qualifications are inching toward parity. That’s possible, of course, but what we’re seeing is mostly a 100,000-foot view of earnings in a certain place.

“If the industry composition drives a lot of this, then I don’t know what to make of the differences, other than saying, ‘Yeah, there are different kinds of jobs in different places,’” said Alec R. Levenson, a senior research scientist for the Center for Effective Organizations at the University of Southern California.

One factor we can almost certainly say plays a role are women’s growing college graduation rates. Nationwide, 39 percent of women under 30 who were full-time workers had a bachelor’s degree in 2019, compared with 26 percent of men, according to Pew.

In California, young women earn more compared with men in the San Diego region than anywhere else. San Diego’s educational attainment gap is the biggest in the state too: 43 percent of women under 30 have a bachelor’s degree there, while 23 percent of men do.

“Generally speaking, more education — bachelor’s degrees — does pay off, whether we’re talking about young men or young women,” Fry told me. “Women are continuing to basically have an educational advantage over young men in the areas they live in, and it’s been widening.”

The United States limits the entry of pets from countries like Ukraine. For some refugees, the rule has been devastating.

“Considered a tourist destination, they welcome all visitors. Located in verdant hills with an amazing view overlooking much of San Jose, it consists of several beautiful structures, including a prayer hall for the 10,000 who normally attended on Sundays (now limited to 40 at a time during the pandemic!), a kitchen with free meals 24/7 for anyone visiting, classrooms and a playground with some very unusual and amazing instruments. Women walk around in the most delightful saris. The exquisite buildings are accompanied by the cleanest, most polished pathways you may ever walk upon. You will wash your hands, remove your shoes and be given a head covering to go into the buildings. In the prayer hall, at any time of night or day, you will often find chanting and prayer occurring. Concerts in the prayer hall (at least prepandemic) have an attendance as large as those for rock stars. They also have a free medical clinic. The entire impressive and gorgeous operation is run on donations. Spring is a wonderful time to visit.”

The Washington Post recently published stories of five friendships between women who were leaders in politics, art, literature and activism. The tales show how women have fought back against the patriarchy, particularly during periods of racial and gender inequality.

One of the friendships highlighted was that of Marilyn Monroe and Ella Fitzgerald.

In Los Angeles in 1955, Fitzgerald was struggling to land nightclub gigs. One popular venue, Mocambo in West Hollywood, refused to book her.

So Monroe stepped in and told the club owners that if they booked Fitzgerald for 10 days in a row, Monroe would show up every night with celebrities.

“Ella got booked, and Marilyn was true to her word,” Geoffrey Mark, who wrote the book “Ella: A Biography of the Legendary Ella Fitzgerald” told The Post. On opening night, Frank Sinatra and Judy Garland were reportedly among the famous friends who showed up. The club was sold out for 10 days, Mark said, and from then on, Fitzgerald never had an issue booking nightclubs anywhere.

“That’s, I think, a wonderful early example of women power — one woman helping another to achieve her goals,” Mark said.

Thanks for reading. I’ll be back on Monday. Have a great weekend. — Soumya

P.S. Here’s today’s Mini Crossword, and a clue: River to the underworld, in myth (4 letters).