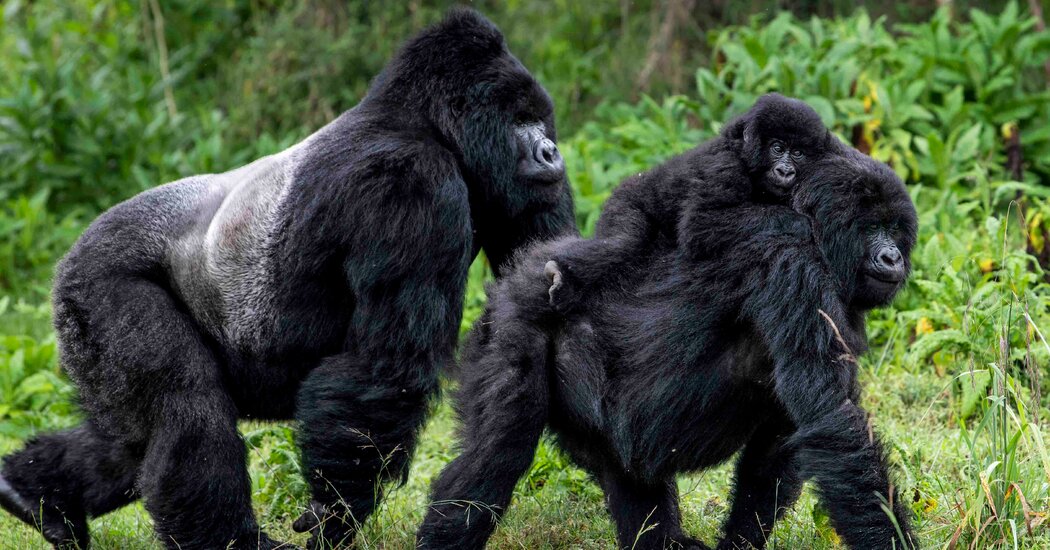 Just over 1,000 mountain gorillas remain in the wild, divided between national parks in Rwanda, Uganda and the Democratic Republic of Congo. Many gorillas have been deliberately habituated to humans to help facilitate both research and eco-tourism.

The apes face a variety of threats, including poaching and habitat loss, but respiratory disease is also a major concern and a leading cause of death in mountain gorillas.

Outbreaks of respiratory illnesses have become common among the animals. “They happen with regularity,” said Dr. Gilardi, who is also a wildlife veterinarian at the University of California, Davis. “And we don’t always know what causes them.”

Bacteria and viruses circulate naturally among gorillas and other apes, some of which can cause respiratory infections. But scientists have also documented numerous instances in which human pathogens, including the rhinoviruses and coronaviruses responsible for common colds, found their way into great apes.

In many instances, respiratory viruses cause relatively mild, and familiar, symptoms in infected gorillas.

“They cough, they sneeze, they have runny noses, they might have goopy eyes, they might be off their feed, lethargic, literally not wanting to get out of bed in the morning,” Dr. Gilardi said. (Gorillas make, and slumber in, night nests.) “They look and act just like we do when we have an upper respiratory tract infection.”

But these outbreaks can sometimes cause severe illness, including pneumonia, or even death. In 2009, a human respiratory virus sickened 11 of the 12 gorillas in a single family group in Rwanda. Five of the animals required veterinary care and two others, including an infant, died.