What We Know About the ‘Stealth’ BA.2 Omicron Variant 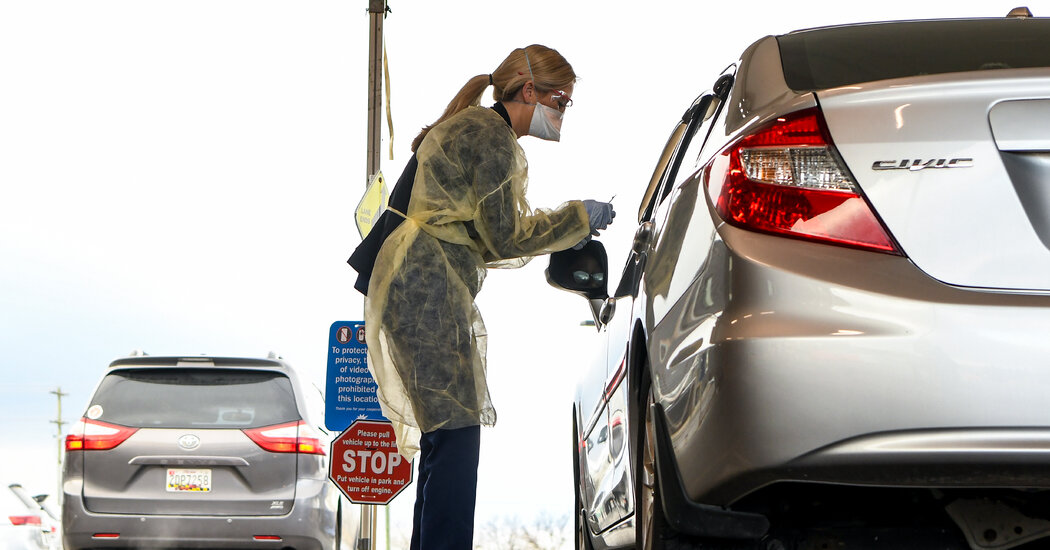 As the Omicron coronavirus surge subsides, researchers are keeping an eye on a highly transmissible subvariant known as BA.2. Although it doesn’t appear to have the capacity to drive a large new wave of infections, the variant could potentially slow the current decline of Covid cases and make treatments more difficult.

Here’s what we know so far about BA.2.

Scientists first discovered the Omicron variant in November, and it quickly became clear that the viral lineage already existed as three genetically distinct varieties. Each branch of Omicron had its own set of unique mutations. At the time, the most common was BA.1, which quickly spread across the world. BA.1 was almost entirely responsible for the record-shattering spike in cases this winter.

At first, BA.1 was a thousand times as common as BA.2. But in early 2022, BA.2 started to be found in a larger proportion of new infections.

It seems to be easier to catch.

All versions of Omicron are highly contagious, which is why the variant swiftly crowded out earlier forms of the coronavirus, like Delta. But a number of studies have found that BA.2 is even more transmissible than BA.1.

In Denmark, for example, scientists examined the spread of both subvariants in households. They found that people infected with BA.2 were substantially more likely to infect people they shared a house with than those with BA.1. In England, researchers found that it took less time on average for someone with BA.2 to infect another person, accelerating its spread through communities.

It is not yet causing a new surge in the United States, and probably won’t.

But that does not mean that Americans are riding a new BA.2 wave that is infecting a lot of new people. As BA.2 became more common in the United States, the total number of new cases fell by about 95 percent. Worldwide, the number of daily new cases had fallen to half of what they were at their peak in late January.

As many countries relax their protections against the spread of Covid, they may make it easier for BA.2 to drive a new increase in cases. A March 10 report from British researchers suggests that may be happening there now.

But there are a number of reasons that epidemiologists doubt that BA.2 will drive a massive new surge.

One of Omicron’s most striking features was its ability to partly evade the protection of vaccines. “Breakthrough” infections became more common, helping to drive the case surge to its record high. But the vaccines continued to protect people against severe disease, especially those who received a booster. Throughout the Omicron surge, vaccines remained highly effective against hospitalization.

The BA.2 variant is vulnerable to antibodies made by the immune system after an earlier Omicron infection.

When Omicron first emerged, scientists were startled by how effectively it could evade immunity produced by infections with earlier variants. That’s because it has mutations that change the virus’s surface, making it hard for antibodies to earlier variants to stick to it.

Because BA.2 carries a number of unique mutations that set it apart from BA.1, researchers wondered if it could evade immunity from BA.1 infections. That doesn’t seem to be the case. The World Health Organization said that infection with BA.1 provides strong protection against infection with BA.2.

BA.2 does not appear to be more severe than the previous version of Omicron.

The Omicron variant proved to be a paradox: It was highly transmissible, but an individual infection was on average less likely to lead to a serious case of Covid than infections from the Delta variant. That led to many people getting mild Omicron infections. But that didn’t mean the Omicron surge was “mild.” Because it infected so many more people than ever before, it led to a staggering number of hospitalizations and deaths.

Studies on Omicron revealed several reasons for its reduced severity. Vaccinations and infections with earlier variants have given many people immune defenses that prevent Covid from spiraling out of control. Omicron also proved to be intrinsically less severe than other variants, causing less damage in the lungs.

Some authorized medications work against BA.2. Others don’t.

Like BA.1, BA.2 is able to evade most monoclonal antibody treatments authorized by the Food and Drug Administration, making them ineffective. Some treatments, such as Evusheld made by AstraZeneca, continue to work. The antiviral drugs Paxlovid, molnupiravir and remdesivir all remain highly effective against both Omicron variants if taken soon after a positive test.

BA.2 was nicknamed the “stealth variant” when BA.2 did not tip off its presence in positive P.C.R. test samples, making it a challenge for researchers to distinguish Omicron cases from those of Delta and other variants. BA.2 carried a mutation that concealed one of the three telltale coronavirus genes that the tests detect.

Now that a vast majority of positive tests involve Omicron, the missing mutation doesn’t matter: Nearly all viruses picked up by P.C.R. are BA.1, and those that are not are BA.2.