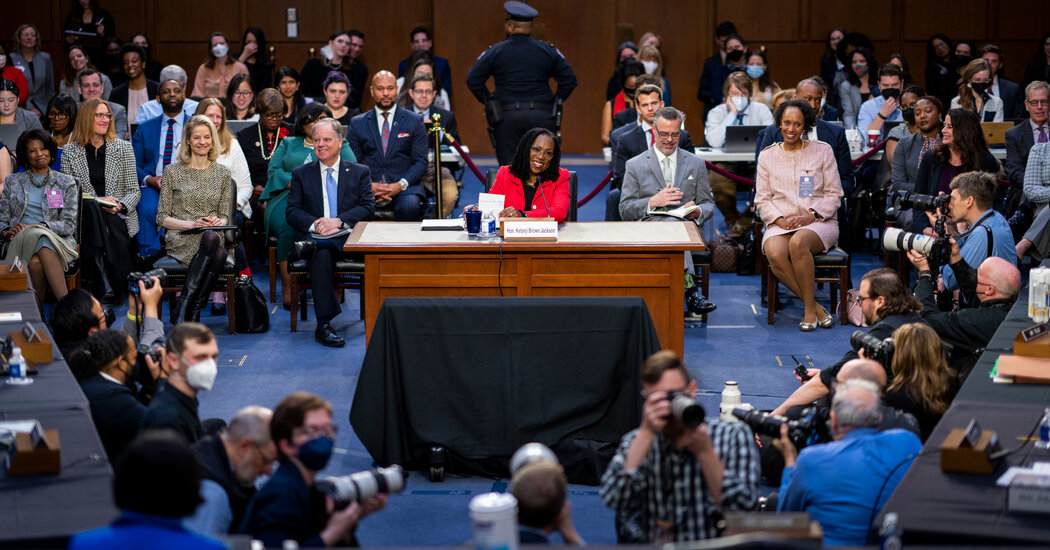 Judge Ketanji Brown Jackson is headed into a final round of questioning in her Supreme Court confirmation hearing on Wednesday after a relatively straightforward two days before the Senate Judiciary Committee that offered few surprises.

When the hearing begins at 9 a.m., the last two of the committee’s 22 senators will conduct their initial 30-minute rounds of questioning before each senator will then have a follow-up 20-minute questioning period.

But as senators prepare for their final opportunity to formally interview Judge Jackson, there appeared to be little ground left to tread in scrutinizing her background after a hearing that stretched across 13 hours on Tuesday.

Having already sat through three previous Senate confirmation hearings, Judge Jackson appeared composed for much of the hearing on Tuesday, answering familiar questions and showing only momentary flashes of frustration with some Republican members over intense scrutiny of her record as a public defender and her handling of child sex abuse cases.

She painted her conception of a judge’s role as a narrow one, repeatedly saying she would “stay in my lane,” and defended her career both as a public defender and as a judge.

Even senators who attacked parts of Judge Jackson’s career often seemed to temper their criticisms with praise for her record and the historic nature of her nomination, which appears set to make her the first Black woman on the court. Many opened by acknowledging her accomplishments before switching to a more confrontational tone.

With many of the questions about Judge Jackson’s thinking, such as her views on past Supreme Court rulings, already asked and answered, committee members could choose to focus on the future on Wednesday, possibly staking out their positions on whether to support her nomination.

Democrats, who must remain unified to ensure Judge Jackson’s confirmation, may well spend Wednesday making their final case to their colleagues. Amid hope that some Republicans who have supported Judge Jackson in the past may do so again, Democrats on the committee may also appeal to some moderate Republicans to lay the groundwork for a bipartisan confirmation.

Senator Richard J. Durbin, Democrat of Illinois and the Judiciary Committee chairman, has said he hopes to move forward with a confirmation vote before the Senate leaves for recess on April 8.