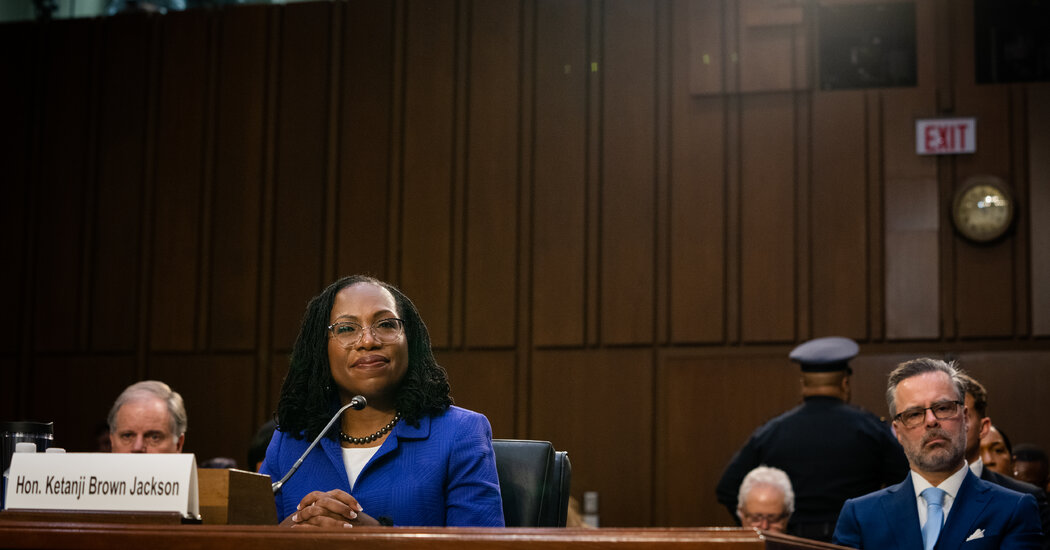 After a day of tone-setting opening statements, Day 2 of Judge Ketanji Brown Jackson’s Supreme Court confirmation hearing promises to steer deeper into substance, and possibly partisan fighting, as the 22 members of the Senate Judiciary Committee question the nominee on Tuesday.

There is little doubt that Judge Jackson will ultimately be confirmed by the Senate as the first Black female justice, owing to both Democratic control of the chamber and support from some Republicans for her previous appointments.

But in a marathon day of questioning that is scheduled to start at 9 a.m. and run into the night, committee members of both parties may spend their time on Tuesday using Judge Jackson’s nomination to make political arguments. Many have already signaled their intent to examine her thinking on contentious social topics. Republicans have also hinted at a strategy of portraying her as soft on crime.

Here is what to watch for as Judge Jackson faces questions.

What is Jackson’s judicial philosophy?

One of the main lines of questioning on Tuesday will almost certainly center on the approach Judge Jackson takes in deciding cases, and members of both parties have expressed an interest in pressing her to say more.

Seemingly anticipating this discussion, Judge Jackson told committee members on Monday that her approach was characterized by straightforward, independent thinking.

“I evaluate the facts, and I interpret and apply the law to the facts of the case before me, without fear or favor, consistent with my judicial oath,” she said.

Based on senators’ opening statements on Monday, however, the question is likely to come up again.

Several Republican senators expressed concerns about how Judge Jackson would interpret the Constitution, echoing questions she has answered in past hearings. These largely stem from the long-running debate over whether the Constitution should be applied as it was understood at the time it was adopted, or viewed as a “living document” that evolves with the times.

On Monday, senators also hinted that they planned to press Judge Jackson on how she would approach cases that touch on divisive political questions.

Several Republicans, including Senator Marsha Blackburn of Tennessee, appeared to be preparing to question Judge Jackson on how issues of race should factor into judicial decision-making.

Senator Jon Ossoff, Democrat of Georgia, said on Monday that he hoped to hear about how Judge Jackson would consider cases pertaining to First Amendment protections, and disputes over executive war powers.

How much will senators focus on Jackson’s public defender experience?

If confirmed, Judge Jackson would be the first former federal public defender to serve on the Supreme Court.

Democrats have largely celebrated Judge Jackson’s experience representing criminal defendants, arguing that it brings an important perspective to the bench, especially in cases focused on civil rights. Republicans on the committee, including Senator Lindsey Graham of South Carolina, also expressed admiration for her work on Monday.

When considering Judge Jackson for previous judicial posts, however, Republicans asked whether the same experience, which includes representation of detainees at the military prison at Guantánamo Bay, Cuba, could color Judge Jackson’s rulings on policies related to criminal sentencing or immigration.

Judge Jackson has previously batted back such questions by saying that she was assigned the Guantánamo cases and that her work did not necessarily represent her personal views.

But the issue appears likely to resurface as the four-day hearing continues.