What to Tell Kids about Ukraine: Recommendations from a Psychologist 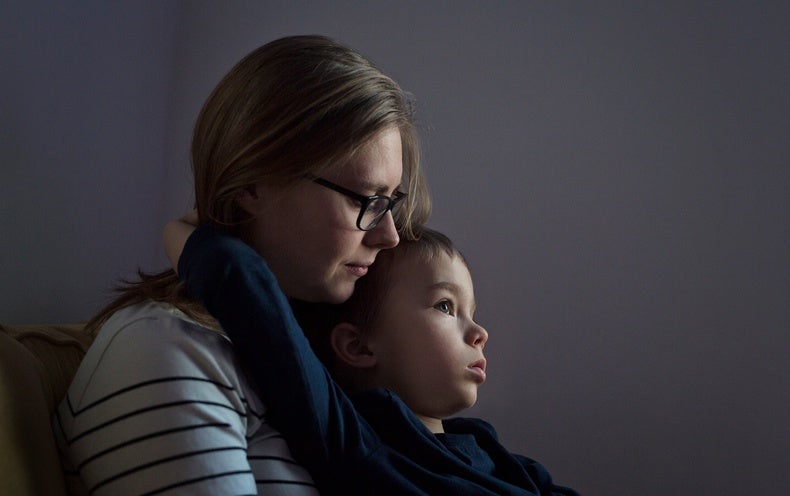 The conflict between Russia and Ukraine has escalated: Russian troops have invaded and now control several areas in Ukraine. Heavy fighting is raging in some cities, and Ukrainian president Volodymyr Zelensky has declared martial law. This causes fear and worry to many people in Europe, including children and other young people. But how do you answer their questions, and can war be explained at all? In an interview with Spektrum der Wissenschaft, the German-language edition of Scientific American, Torsten Andersohn, a Berlin psychologist and longtime family counselor, argues for an open approach to the topic.

Russia has attacked Ukraine. The term “Third World War” has already been mentioned in the news. Do I have to talk to my child about it?

I think it makes sense, especially if you are affected by the situation yourself. For example, I worry about the people in Ukraine, but I’m also afraid of what this conflict means for the security and freedom of Europe. So there are a lot of emotions in me, and my child—or, in my case, my grandson—gets all of them. As an adult, I have to take responsibility for this concern that has been triggered in me and bring it up.

So you wouldn’t wait for your child to come to you and ask?

If they do, that’s great. But no, I wouldn’t necessarily wait for that because if the parents are not doing well, because they are worried about world events or even have relatives in Ukraine, and they don’t talk about it, tensions arise. Children are quick to relate to this, thinking that they have done something wrong, even taking the blame on themselves and believing that they have to do something so that Mom or Dad will be okay again. We must not burden them with this responsibility. And we should not leave them alone with these tensions.

How can war be put into words that my child understands?

That depends on the age. Young children in particular do not yet have the same moral concepts as adults. They therefore often ask very scientificlike questions and want to understand, first and foremost. Accordingly, it makes sense to enter into a dialogue with the children and answer their questions. In doing so, adults might say, for example, “War is something that destroys life.” I can also explain that, in war, weapons are often used, and houses are broken, and parents are afraid that something might happen to their children. It is also possible to explain war in a playful way, for example with building blocks. The basic attitude should be the same overall, as with all phenomena that I explain to a child: the greatest possible openness; no lectures but a joint dialogue.

So emotions tend to be left out?

Not necessarily. Authenticity is also part of openness. If I’m pretty scared myself as an adult, I should talk about it. As I said, children are aware of our feelings. It’s important that I don’t transfer my fear to the child but make it clear: “This scares me, but you don’t have to worry about it. You are safe with me.” In this way, I make it clear to my child that it is not their responsibility to worry about me. At the same time, I show them that feelings are part of it.

“I am afraid, but you are safe with me”—isn’t that ambivalent?

To a certain extent, yes. But we also have to learn to deal with contradictions. It’s crucial that we stay in contact. For example, if I’m not sure whether my child understands what I’m explaining or is hiding his or her fear out of consideration for me, it’s worth asking, “Did you understand? How do you feel about it?” If they then say that they are not feeling so well or that they wonder how they can make me happy again or help the people in Ukraine, we can think together about what would help in the particular situation.

Do you have an example?

If my child is concerned about the people in Ukraine, we could make a poster, walk to the Russian embassy together or attend a vigil. So I show them ways to take some action and not feel powerless. If a child is afraid, I might ask if they have any ideas about what might help them. Maybe they need a hug, or maybe we build a cave, creating a place where the child feels safe. Being afraid is not a bad thing at first. What is crucial is that we create security for the feeling.

What do you mean by feeling secure?

On the one hand, [this means] the feeling of being seen and understood. On the other hand, [it also refers] to supporting and accompanying the child in their search for a suitable way of dealing with things.

The security of the child’s feelings is enhanced through the interaction with an adult?

Absolutely. The worst thing is when children are afraid, feel threatened, maybe even experience violence and are left alone with it—or if maybe it’s not even talked about. If that’s the case, the psyche is easily damaged.

What should parents do when they are overwhelmed by their own worries or can’t even get out of their anxiety spiral?

[They should] seek help, for example from a friend or parenting counselor. If my child asks a question, and I don’t know the answer or feel overwhelmed, I can also say that I need a moment to think about it. It’s just important not to drop the subject then but to bring it up again later. Sometimes the child also needs a corrective.

What do you mean by that?

As a family therapist, I once met a six-year-old boy. He assumed that guns would protect him from his fear. I then explained to him that you can’t shoot away fear but that guns usually lead to even more fear. In the end, we thought together about what else could help him with anxiety.

How do I talk to adolescents about war?

Openly, maturely and ideally with the opportunity for discussion. Puberty in particular is about breaking away from parents and finding one’s own values and developing an attitude for oneself. In this process, adolescents also examine whether the views that parents or other important caregivers have conveyed to them are coherent for them. By sharing their views with them and leaving room for contradiction, parents help them to form their own opinions. In this way, young people can also locate themselves in the world to a certain extent—and that gives them stability.

In addition to fear, there is also anger. How do I deal with it when my 14-year-old son thinks he has to arm himself and fight against Russia now?

First of all, I have to take the feeling seriously and not dismiss it as a childish or adolescent fantasy. The desire behind it, namely to protect others, is understandable. Then it’s a matter of discussion: What do you want to do? Who is this supposed to help? I can also sharpen my arguments and ask what my son wants to do about bombs and tanks. Like fear, anger also needs to be contained—that is, I show my child that I understand them and that they are not alone with his anger and frustration.

How do you deal with children and young people now being inundated with images, videos and reports about the war on social networks?

This shows once again how necessary it is to have a conversation about the current situation. We cannot shield children and young people from reality under an artificial glass bell. In terms of interaction, I can ask the child where they are finding out about the war, what is being shown on Facebook and TikTok and if they have any questions about it. If I’m worried that they can’t handle what’s on their screen, I would ask how they are doing with it.

So we need to keep talking to our kids?

Absolutely. And we should realize that we don’t have to protect them from difficult feelings. We just must not leave them alone with them.

This article originally appeared in Spektrum der Wissenschaft and was reproduced with permission.