What Quantum Mechanics Can Teach Us about Abortion 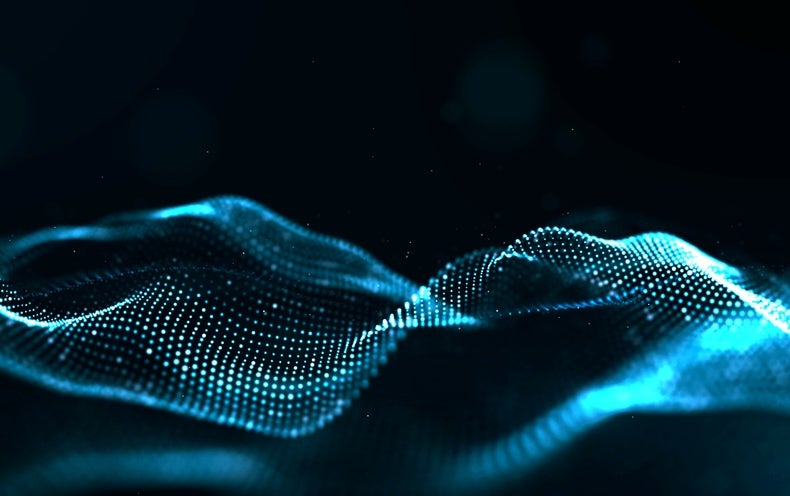 The ways people conceptualize and discuss abortion will become more important in coming years. The Supreme Court’s upcoming ruling in Dobbs v. Jackson Women’s Health could overturn 50 years of national precedent establishing abortion as a fundamental right of individuals prior to fetal viability.

If the question is returned to the state level, as many people expect, more than half of U.S. states have processes in place designed to swiftly ban abortion. Texas SB 8 serves as an example of how far lawmakers will go. This law is designed to circumvent the current legal challenges to abortion restrictions by giving citizens the power of enforcement—a legal loophole confirmed last week by the Texas Supreme Court—and bans abortions as early as six weeks of pregnancy, allowing exceptions only for the poorly defined “medical emergency.”

Polarization on this topic is not accidental but rather a calculated political strategy designed to motivate voters (consider the term “pro-life” as an example of something misleading and intentionally divisive). So how do thoughtful and well-intentioned people then approach this topic? Is it possible to recognize the moral value many people place on a pregnancy and still believe that abortion is a fundamental right and, in many cases, a moral good? My personal experiences suggest that it is not only possible, but if we want to make progress on this issue, necessary.

Generally attributed to Carl Jung, “holding the tension of opposites” is how psychologists describe the ability of the human brain to accept seemingly contradictory concepts. My favorite example is the nature of light: is light a particle or a wave? Quantum mechanics, a discipline within physics, has demonstrated that both are true Sometimes light acts like a particle, sometimes a wave. This duality explains all the characteristics of light that have been observed experimentally, and has allowed scientists to explore the cosmos in previously unimaginable ways. That these two seemingly irreconcilable beliefs could come together gives me hope that similar harmony could be achieved in the discussion of other deeply polarizing topics, including abortion.

While I am not the first to apply the idea of unified opposites to the abortion discussion, a recent experience crystallized for me how important it is that we do so. In August of 2020, I had major surgery to donate a part of my liver to a child unrelated to me and whom I had never met. (Did you know you can do that? Find a center and/or register to be a deceased donor at www.unos.org). One month later, I petitioned our state medical society to oppose abortion restrictions, describing the harm these laws pose to patients under my care. I had no reason to think that my liver donation and my opposition to abortion restrictions were related until a colleague expressed his astonishment that I was “so pro-abortion but also donated an organ to a kid.”

Learning that I had undertaken an act that many people view as altruistic (a description that causes me discomfort, but I will at least allow it demonstrates a respect for life) presented a direct challenge to his view of abortion providers as morally bereft. My colleague found these two empirical truths difficult to reconcile. In his mind, one cannot be both an abortion provider and an ethical and thoughtful human. Pick one, says this belief system, team particle or team wave.

I admit to being taken aback because it never occurred to me that anyone would see these two seemingly unrelated facts as being in direct opposition to each other. I (perhaps naively) thought that most people—or at least fellow physicians and scientists—understood that despite all the rhetoric, those of us providing abortions and advocating for the right to have them were not beset by moral decrepitude and a callous disregard for human life. My choice of maternal-fetal medicine as a field, dedicating my career to complicated pregnancies, would be ill-considered if I did not like babies.

To his credit, my colleague indicated a willingness to reconsider his original assumption. Perhaps abortion providers are not the ethical deviants he believed us to be. Perhaps we even have a moral compass that pushes us to provide this care. Perhaps we also value life. Many rights proponents argue that we must speak up because we value life: thousands of women have died from unsafe abortions before they were legal; multiple studies demonstrate that restrictions result in significant harm and confirm that abortion is safe; the oft-cited concern that having an abortion is detrimental to mental health has been demonstrated as false and, in fact, the opposite is true—denial of abortion care has resulted in extreme trauma to families and individuals.

Returning to the dual nature of light, physicist-mathematician Banesh Hoffmann, in The Strange Story of the Quantum, wrote: “It was intolerable that light should be two such contradictory things. It was against all the ideals and traditions of science to harbor such an unresolved dualism gnawing at its vital parts. Yet the evidence on either side could not be denied, and much water was to flow beneath the bridges before a way out of the quandary was to be found.”

Much water has already flowed beneath the bridge that is the national abortion debate. Perhaps holding the tension of opposites could illuminate a way out of this quandary. Instead of either/or, imagine both/and. We recognize the value placed on a desired and loved pregnancy by families and understand that ending a pregnancy is the right decision for some people some of the time. Individuals may have ethical objections to abortion and recognize that anti-choice laws can harm people. We can value human life and recognize the complexities of reproductive decision making. Attending thousands of births has been a great joy in my career and has cemented my belief that forcing a person to give birth against their will is a fundamental violation of their human rights.

Given that one quarter of women in the U.S. have an abortion, many Americans have benefitted directly or indirectly from abortion care. I implore readers to emulate previous generations of scientists who changed our understanding of the universe by their willingness to consider seemingly opposite empirical truths: