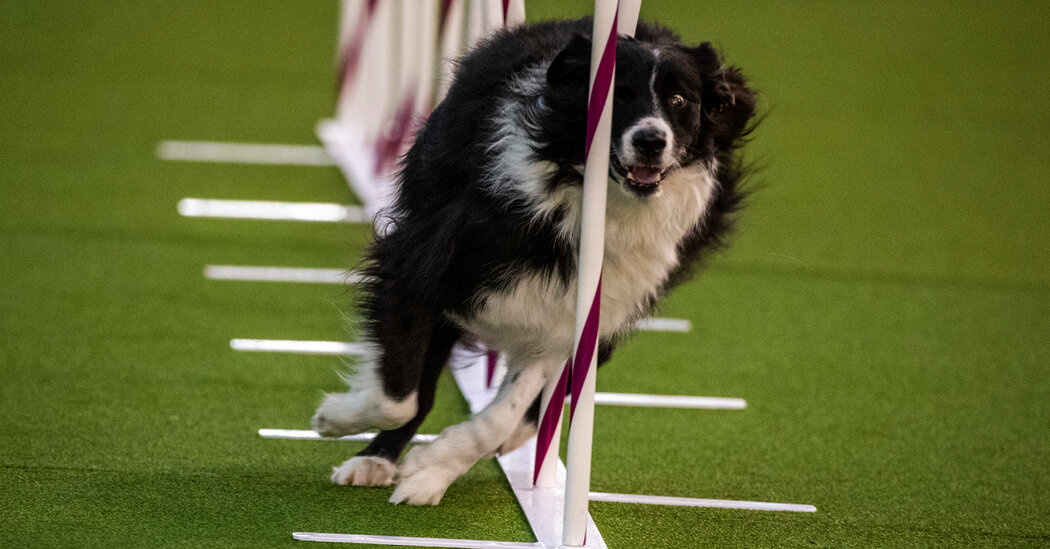 Now, a large study, published in Cell on Thursday, suggests that behavior, not just appearance, has helped qualify these dogs for their jobs. Breeds that were created for similar roles — whether rounding up sheep or flushing birds into the air — tend to cluster into distinct genetic lineages, which can be characterized by different combinations of behavioral tendencies, the researchers found.

“Much of modern breeding has been focused predominantly on what dogs look like,” Evan MacLean, an expert on canine cognition at the University of Arizona who was not involved in the study, said in an email. But, he emphasized, “Long before we were breeding dogs for their appearances, we were breeding them for behavioral traits.”

The study also found that many of the genetic variants that set these lineages apart from each other appear to regulate brain development, and many seem to predate modern breeds. Together, the results suggest that people may have created today’s stunning assortment of breeds, in part, by harnessing and preserving desirable behavioral traits that already existed in ancient dogs, the researchers said.

“Dogs have fundamentally the same blueprint, but now you’ve got to emphasize certain things to get particular tasks done,” said Elaine Ostrander, a dog genomics expert at the National Human Genome Research Institute and the senior author of the study. “You’re going to tweak a gene up, you’re going to tweak it down.”

In an email, Bridgett vonHoldt, an evolutionary biologist at Princeton University who was not involved in the research, called the new paper “a major landmark in the field of dog genomics and behavior. We know it is complicated. This study not only gives us hope, it will be viewed as an inspiration for all in the field.”

Still, major questions remained, some scientists said, including whether humans deliberately set out to create breeds with specific behavioral tendencies. “We don’t have a ton of evidence for intentional selection,” said Elinor Karlsson, an expert in dog genomics at the University of Massachusetts Chan Medical School who was not involved in the research.

But she praised the study, noting that the findings were consistent with her own research, which also concluded that many of the genetic factors that shape the behaviors of modern dogs originated deep in canine history.

“They’re really taking advantage of this really complex history of the dog breeds, and these relatively subtle but real differences in behavior, to explore how genetics and genetic variation can actually shape these behavioral traits,” she said.

The researchers studied the genomes of more than 4,000 canids, including samples from more than 200 different dog breeds, as well as mixed-breed dogs, semi-feral village dogs and wild canids, such as wolves and coyotes.

The scientists used computational tools to map out the genetic trajectories by which ancient dogs became, for instance, generic herding dogs and then distinct breeds, like Border collies.

Although some of the lineages do have defining physical characteristics, these features alone cannot entirely explain this sorting, the researchers noted. “If you look at the scent hound lineage, dotted throughout there are breeds that have short legs or long legs or different shapes of tail or different coat colors,” said Emily Dutrow, a postdoctoral fellow at the National Human Genome Research Institute and the first author of the study. (The research team also included James Serpell, an emeritus professor at the University of Pennsylvania School of Veterinary Medicine.)

To identify the behavioral traits that best defined each lineage, the researchers analyzed behavioral surveys completed by the owners of more than 46,000 purebred dogs.

Although there was plenty of overlap — no single breed has a monopoly on trainability — in general, breeds created for similar jobs tended to have similar behavioral traits. And each lineage was characterized by its own pattern of behavioral tendencies.

For instance, herding dogs, terriers and scent hounds all displayed relatively high levels of what is known as “nonsocial fear,” such as fear of loud noises or strange objects. This predisposition might indicate a heightened sensitivity to environmental stimuli that could be useful in all three types of canine work, the researchers say.

Still, there were differences: Terriers displayed higher levels of predatory chasing than herding dogs, while herding dogs scored higher on measures of trainability, the researchers found.

“There is meaningful behavioral diversification among dogs,” Dr. Dutrow said.

(The scent hound lineage, alas, scored low on trainability. But that characteristic, the researchers noted diplomatically, is actually “consistent with selection for traits advantageous to an independently driven working style focused on following instincts rather than seeking out human cues.”)

To identify the genetic underpinnings of these lineage-defining traits, the researchers conducted a genome wide association study, looking for specific genetic variants that were unusually common in certain lineages.

The vast majority of these lineage-associated variants were in stretches of DNA that do not code forproteins but instead regulate the expression of protein-coding genes. Many appeared to regulate genes involved in brain development.

“When we look at the genes involved in the differentiation of dog lineages, a lot of the action is in genes related to neurodevelopment, suggesting that selection for cognitive and behavioral features has probably been very important,” Dr. MacLean said.

For example, the sheep herding breeds were characterized by genetic variants associated with a neurodevelopmental process known as axon guidance, which helps ensure that neurons are wired together correctly. Some of these variants were specifically associated with genes that have been linked to anxiety and maternal behaviors, including pup retrieval in mice.

One hypothesis — still unproven, the scientists note — is that a sheep dog’s drive to herd is a product of the same anxiety-related neural pathway that motivates animal mothers to care for their young.

“When you watch these mice, these mothers gathering up their young, it’s just like watching a Border collie herd sheep,” Dr. Ostrander said. “And so you could throw out a hypothesis that maybe that’s the ancestral behavior that’s been co-opted.”

(Dr. Ostrander, who used to have a Border collie, has seen this herding drive firsthand. “I used to be able to bring mine to the lab and she could herd people up for lab meetings,” she said.)

Still, many of the variants that were closely associated with specific lineages did occur, at lower levels, in other lineages or even in gray wolves, suggesting that they predated the creation of modern breeds.

And just because there are differences, in aggregate, between canine lineages does not mean that breed is behavioral destiny, Dr. Karlsson noted.