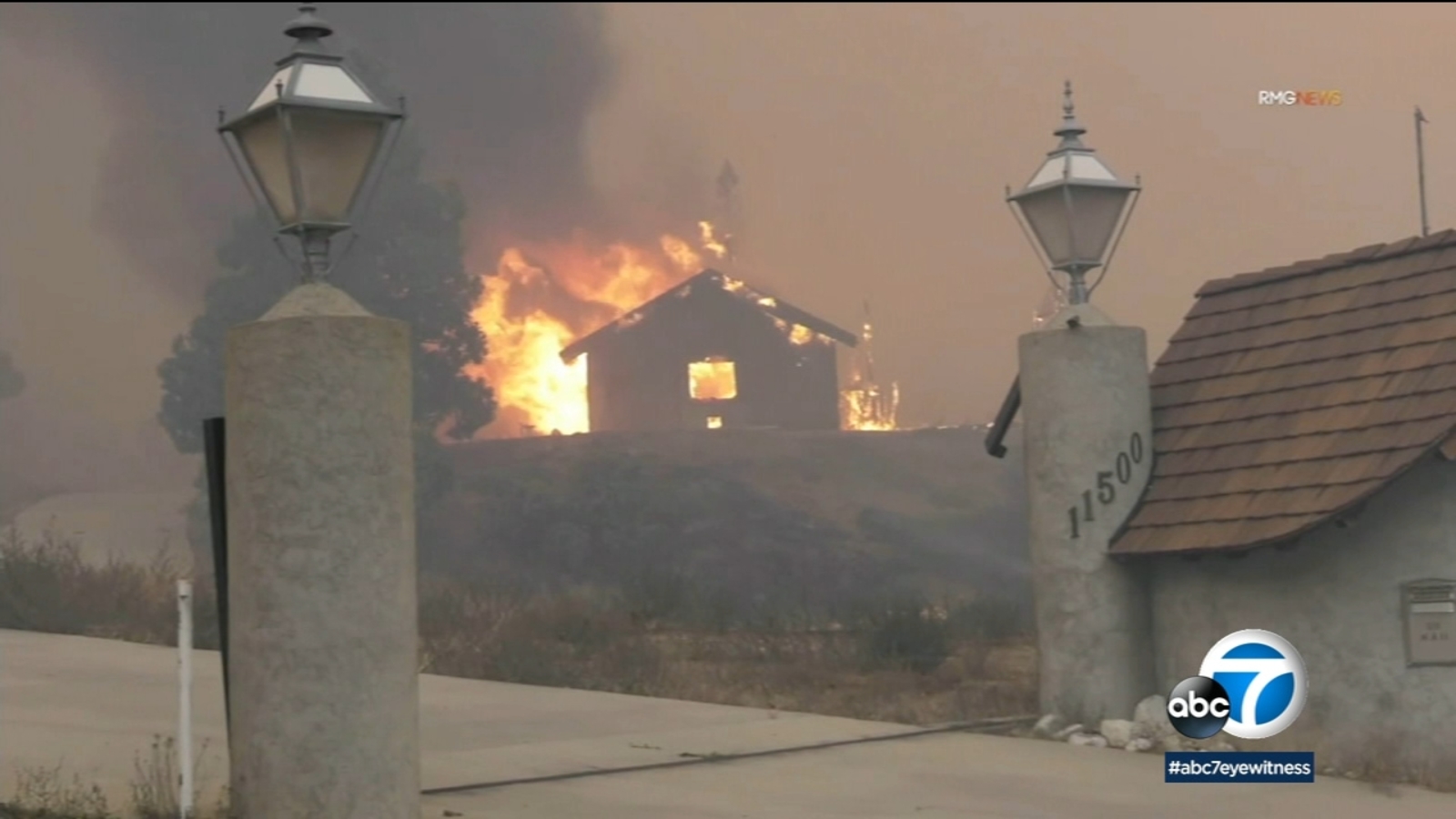 LOS ANGELES (KABC) — Federal investigators are looking into whether the Bobcat Fire in the Angeles National Forest was sparked by Southern California Edison utility equipment, according to the company.

Edison has turned over a section of an overhead conductor from its transmission facility in the area where the Bobcat Fire started more than two weeks ago, company spokesman David Song said Wednesday.

The initial report of fire was near Cogswell Dam in the San Gabriel Mountains at 12:21 p.m. on Sept. 6.

A circuit at a nearby substation experienced a “relay operation,” indicating its equipment detected some kind of disturbance or event, Song said.

Cameras captured smoke developing in the area around 12:10 p.m., prior to the activity on Edison’s circuit, he said.

“The fire started in an area that was kind of remote,” an Angeles National Forest spokesman said. “And due to the access, our firefighters on the ground weren’t really able to get in there to get a handle on it. Through the topography and the fuel of it, the fire wanted to grow and it became very stubborn.”

Edison will assist the U.S. Forest Service in its investigation of the fire that has burned more than two dozen homes and other buildings on its way to becoming one of the largest blazes in Los Angeles County history.

“Southern California Edison understands this is a difficult time for the many people who are being impacted by the Bobcat fire,” Song said. “Our thoughts are also with those affected by the wildfires currently burning across the western United States.”

Aided by favorable weather conditions, firefighters are finally starting to tame the Bobcat Fire, with containment on Wednesday hitting 38% – a jump from just 17% a day earlier. The blaze has burned 113,307 acres, and damaged or destroyed more than two dozen structures.

“We’ve had increased humidity, lower temperatures, decreased winds — so this gives us a chance to really build that containment line,” the Angeles National Forest spokesman said.

RELATED VIDEO | What’s a red flag warning and what does it mean for fire conditions?

“Because the fire transferred out of the timber and into the light fuels near the desert, we were able to make some real progress,” Smith said. Crews will shore up containment lines ahead of hotter, gusty weather predicted for the weekend, he said.

The Mount Wilson Observatory, and nearby telecommunications equipment valued at about $1 billion, are expected to remain unscathed after being threatened by the flames.

Thousands of residents remain under evacuation orders and warnings. It’s one of dozens of other major wildfires raging across the West, including five in California that are among the largest in state history.

A major fire in the northern part of the state, the CZU Lightning Complex in San Mateo and Santa Cruz counties, was 100% contained, the California Department of Forestry and Fire Protection, or Cal Fire, said Tuesday evening. The fire was ignited during a barrage of lightning on Aug. 16 and the cluster of blazes went on to destroy 925 homes and kill one person.

Firefighters have also controlled several other lightning-sparked wildfires burning for more than a month in Northern California.

Numerous studies in recent years have linked bigger U.S. wildfires to global warming from the burning of coal, oil and gas, especially because climate change has made California much drier. A drier California means plants are more flammable.

Looking for more wildfire news and resources? Visit abc7.com/wildfires for everything you need to keep you and your family safe.