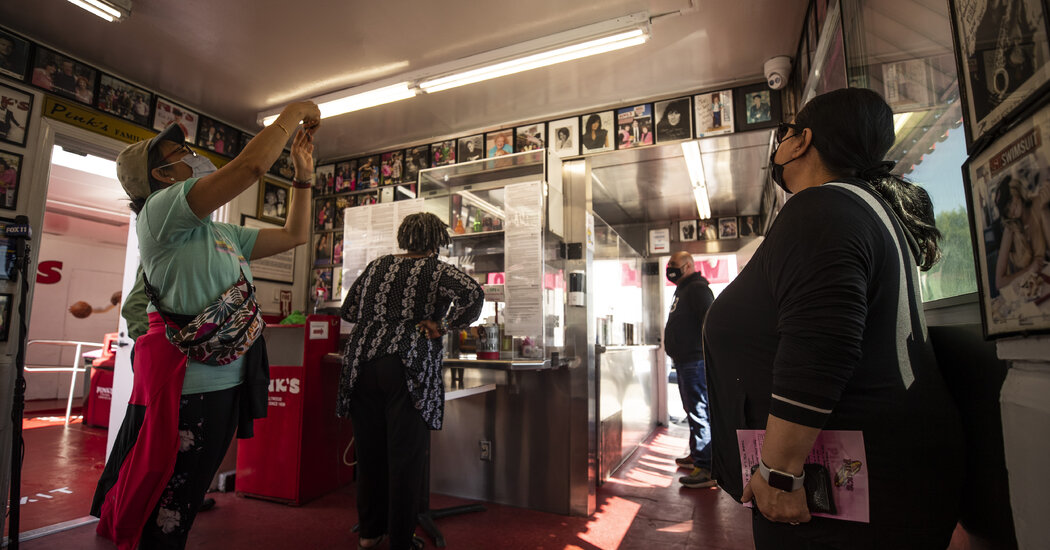 “Because, ultimately, we’re in the red right now,” she said, “but in just a few weeks, we’ll probably, most likely be in the orange.”

Even Barbara Ferrer, director of public health for Los Angeles County — known for her dire warnings as Los Angeles became the epicenter of the winter crisis — struck a somewhat optimistic tone on Tuesday in her office’s update.

“L.A. County is very close to meeting the metric thresholds for the less restrictive red tier,” she said in a statement.

But perhaps you’ve gotten a little fuzzy about what this all means. Here are the answers to your questions:

Which counties are in the red tier now? And how can I find out which tier my county falls under?

Two counties are in the even less restrictive orange tier — Sierra and Alpine Counties — and the rest, including most of the state’s most populous counties, are still in the purple tier, as of Tuesday.

You can see where your county falls here.

What is allowed in the red tier?

Bars and breweries — businesses that serve alcohol but not food — must remain closed. In both the purple and red tiers, though, wineries can operate outdoors only.