What a US ban on WeChat could mean for American firms 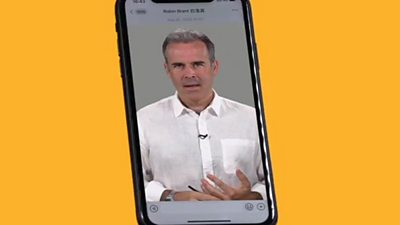 President Donald Trump has proposed banning WeChat in the US, claiming that the Chinese app poses a national security risk.

The ban would prohibit US citizens and firms from making “any transaction related to WeChat”. But what effect could this have on American companies doing business in China?

.css-po6dm6-ItalicText{font-style:italic;}Filmed and edited by Ed Lawrence

The forklift truck drivers who never leave their desks