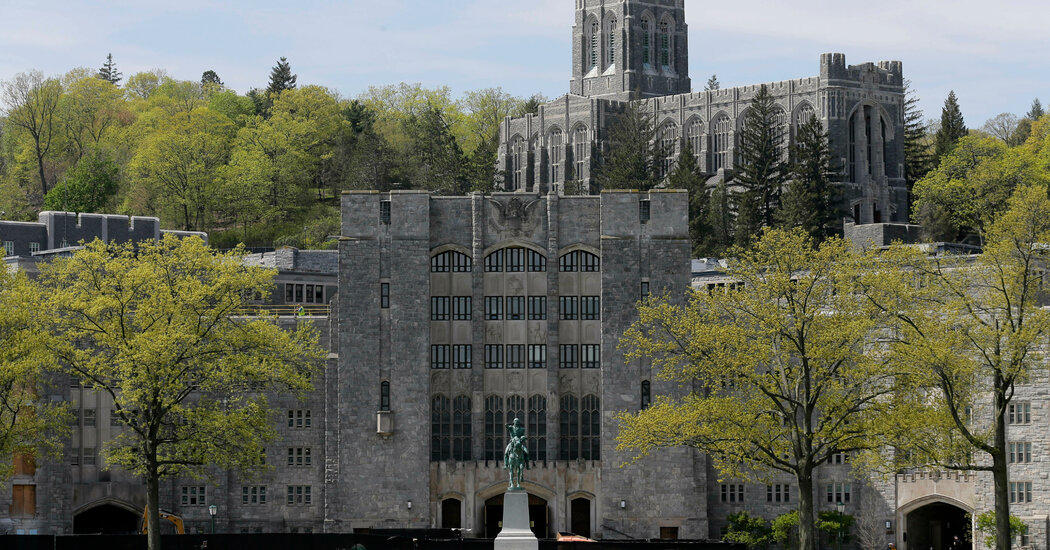 Several West Point cadets were among six young men on spring break who overdosed this week on what was believed to be cocaine laced with fentanyl at a rental home in Wilton Manors, Fla., officials said Friday.

When the local police arrived at the home around 5 p.m. Thursday, two bystanders were performing CPR on two unconscious men on the lawn, Battalion Chief Stephen Gollan of Fort Lauderdale Fire Rescue said in an interview. Two others were unconscious inside the house, he added.

The two bystanders had not used the substance, but they also went into respiratory arrest because of their exposure from performing mouth-to-mouth resuscitation, Chief Gollan said.

All the men were taken to hospitals, and as of Friday night, two were in critical condition and on ventilators, he said. One man remained in stable condition, and the other three had been released from the hospital, he said.

From powerful pharmaceuticals to illegally made synthetics, opioids are fueling a deadly drug crisis in America.

Investigators announced late Friday that they made an arrest in connection with the case but did not release any further details.

Chief Gollan said he was especially concerned because this is just the first week of spring break, which lasts into April, and the area was seeing a greater influx for the vacation period than it had “in a very long time.”

“It’s rather alarming that this substance could be out there and that literally one use can put you into cardiac arrest,” he said.

Chief Gollan said he was seeing a trend toward more overdose cases. He said his units had responded to 215 possible overdoses so far this year, which he called an alarming number.

Data for previous years was not immediately available.

“Since the beginning of the pandemic we’ve seen a tremendous increase in overdoses similar to this one,” he said. “And those are the individuals who someone is there to call 911 to get them help. How many deaths are there where they do it by themselves, and there’s nobody around to call, and they’re just found deceased?”

Phone and email messages left for the two agencies investigating the overdoses, the Broward County Sheriff’s Office and the Wilton Manors Police Department, were not immediately returned late Friday.

A West Point spokeswoman confirmed that five of the six men are cadets.

“The U.S. Military Academy is aware of the incident involving West Point cadets” that occurred Thursday evening and is being investigated, she said in a statement.

No other details were available, she added.

The episode happened a year after West Point scrapped a program that provided a second chance to cadets who had violated the honor code that is central to the academy’s mission.

That move came after officials disclosed that 73 cadets had been accused of cheating on a calculus exam in May 2020, the institution’s worst academic scandal in decades. Eight of the cadets were expelled.

Federal researchers reported in November that Americans had died of drug overdoses in record numbers as the pandemic spread across the country.

In the 12-month period that ended in April 2021, more than 100,000 Americans died of overdoses, up almost 30 percent from the 78,000 deaths in the prior year, according to figures from the National Center for Health Statistics.

Fentanyl is a synthetic opioid that is up to 50 times as strong as heroin and 100 times as strong as morphine, according to the Centers for Disease Control and Prevention. The agency said there were two types of fentanyl: the pharmaceutical variety, which is prescribed by doctors to treat pain, and the kind that is manufactured illicitly.

“Most recent cases of fentanyl-related overdose are linked to illicitly manufactured fentanyl, which is distributed through illegal drug markets for its heroinlike effect,” the C.D.C. said. “It is often added to other drugs because of its extreme potency, which makes drugs cheaper, more powerful, more addictive, and more dangerous.”