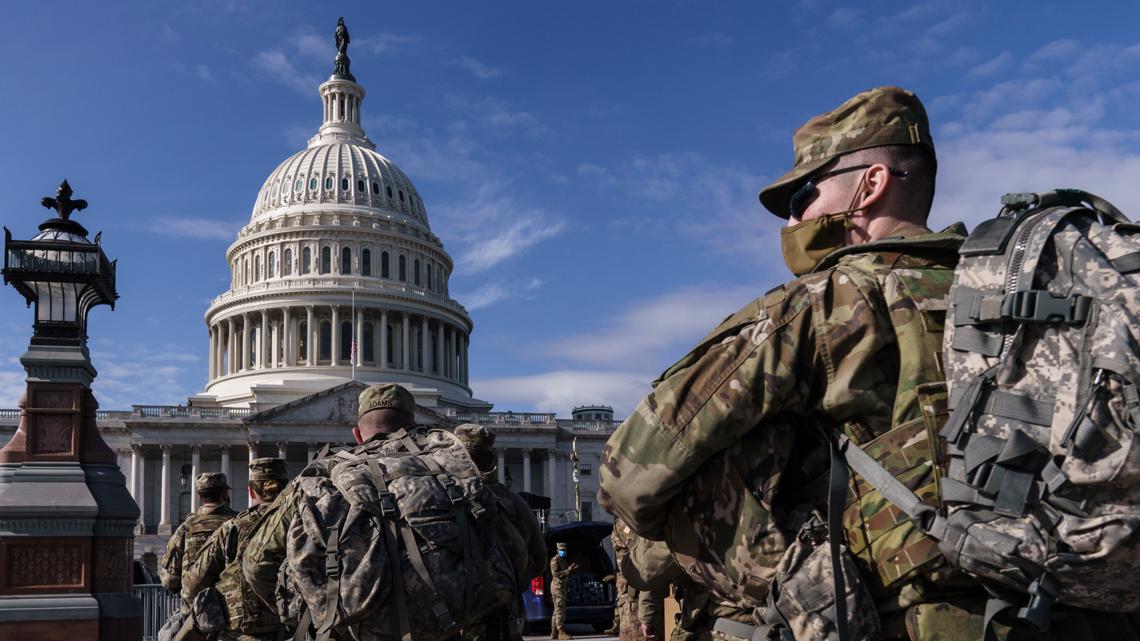 Maine National Guard reassures Mainers they’re OK after reports and images surfaced of soldiers in DC relocated to a nearby parking garage to rest.

WASHINGTON, D.C., USA — More than 175 Maine National Guard soldiers are in our nation’s capital providing support to Capitol Police and D.C. authorities during inauguration week. They are among around 26,000 National Guard members that came to protect the capital in the wake of the Jan. 6 insurrection and threats over Joe Biden’s inauguration.

Wednesday’s ceremonies came and went without a hitch, but thousands of soldiers remain in the city while preparations to head home are made. The Maine National Guard public affairs officer told NEWS CENTER Maine Friday that there currently isn’t a firm return date, and the plans are still being developed; “most likely next week sometime,” they said.

“The Secret Service is the lead agency for the inaugural and all the National Guard assistance is ultimately in support of them,” the officer said. “As they assess the situation, they’ll communicate to the lead National Guard elements how much security they believe should remain, and Soldiers will begin to be phased back to their home station.”

ME National Guard members are still in DC. The public affairs officer says “we do not currently have a firm return time, those plans are being developed, most likely next week sometime.” He has NOT received any reports of ME soldiers resting in a parking garage. @newscentermaine

The Washington Post and Politico reported Thursday that hundreds of those remaining Guard troops were forced out of areas of the U.S. Capitol they had been using for rest breaks and were relocated to a nearby garage.

This is outrageous, shameful, and incredibly disrespectful to the men and women keeping the U.S. Capitol safe and secure. We need it fixed and we need answers on how it happened. https://t.co/jDENVwcWQy

An unidentified Guardsman told Politico troops—as many as 5,000—had access to one bathroom with two stalls, no internet reception and one electrical outlet. Temperatures fell into the low 40’s Thursday night.

The reports caused outrage across the country and among politicians.

“This is outrageous, shameful, and incredibly disrespectful to the men and women keeping the U.S. Capitol safe and secure,” tweeted Sen. Kyrsten Sinema, D-Ariz. “We need it fixed and we need answers on how it happened.”

The Maine National Guard assured Mainers their soldiers in D.C. were not among the group relocated and explained the misunderstanding.

“The Capitol Police and National Guard have coordinated their efforts to ensure that Soldiers and Airmen stationed at the Capitol Complex have an appropriate space where they may take on-duty breaks during their shift,” they explained in the post. “At one point, some Soldiers were asked to relocate their break area due to increased foot traffic in a certain area, but that issue has been resolved.”

They continued to explain that when off-duty, service members in Washington are being housed in hotel rooms or other comfortable accommodations.

“Thank you for checking up on us!” they wrote.

NEWS CENTER Maine’s Roslyn Flaherty and The Associated Press contributed to this report.