‘We’re not a democracy,’ says Mike Lee, a Republican senator. That’s a good thing, he adds. 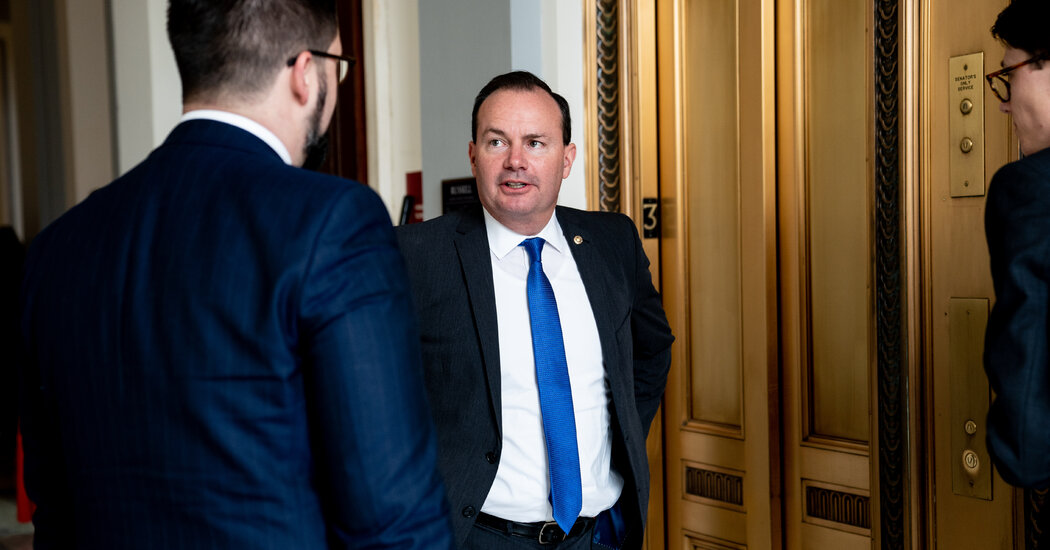 “We’re not a democracy,” wrote Mr. Lee, 49, who is in isolation after testing positive for the coronavirus last week.

“The word ‘democracy’ appears nowhere in the Constitution, perhaps because our form of government is not a democracy. It’s a constitutional republic. To me it matters. It should matter to anyone who worries about the excessive accumulation of power in the hands of the few.”

His last tweet, posted just after midnight local time, concluded, apparently without spell-checking: “Democracy isn’t the objective; liberty, peace, and prospefity are. We want the human condition to flourish. Rank democracy can thwart that.”

Mr. Lee’s statements elicited criticism from progressives who saw them as an attempt to rationalize Republican attempts to suppress the vote.

The New York University historian Ruth Ben-Ghiat called his comments an “escalation of GOP and WH rhetoric about protestors being a mob and Dems being ‘too dangerous to rule,’” adding, “Such talk often precedes ‘exceptional’ and authoritarian gov’t actions. Look for more of this in future.”

It was not clear what prompted the declarations, although Mr. Lee has been a critic of executive-branch overreach, environmental regulations and Democratic efforts to expand mail-in balloting. In 2016, he questioned whether Mr. Trump, whom he now supports, had “authoritarian” tendencies.

To some extent, Mr. Lee was saying out loud what many conservatives have been saying quietly for years: that redistribution of wealth through taxation or attempts to regulate business are a threat to liberty, even if they are widely popular.

“Government is the official use of coercive force — nothing more and nothing less. The Constitution protects us by limiting the use of government force,” he wrote late Wednesday.

Not all of his tweets were about democracy and freedom, however.

“We consume more Jello on a per capita basis than any state in the Union,” he wrote of Utah as the debate got underway.