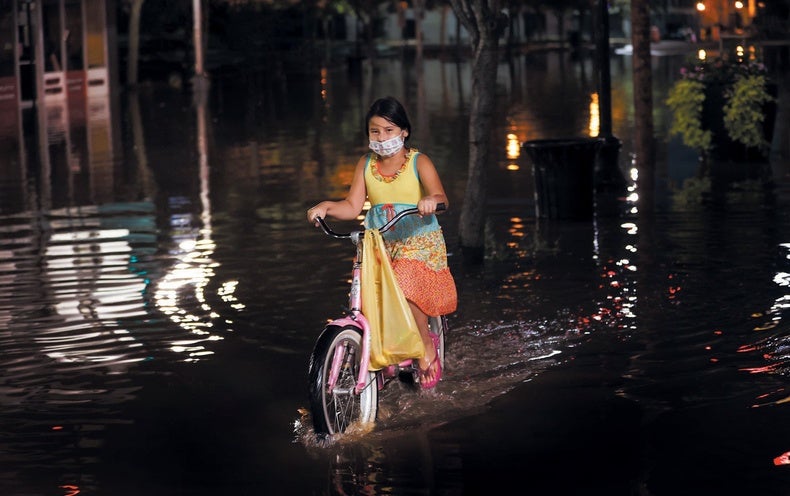 Disaster researchers are used to seeing train wrecks coming. We study the worst moments in human history—their warning signs, failures, destruction, pain, corruption and injustice—so that we can lessen the hurt. But the scale of the pandemic, and the response to it, shook even the most practiced among us.

In the beginning, I spent hours gaming out scenarios with other researchers, trying to answer the question everyone was asking us: How bad is this going to be? Our debates (“if this happens, then that could happen”) were frequently reappraised as we learned more about the how the virus was transmitted—and watched politicians mishandle the response. With every wrong or delayed decision made by the Trump administration, the scenarios narrowed until it was inevitable that hundreds of thousands of people in the U.S., if not more, would die. We have become haunted by the knowledge that the worst could have been prevented.

For decades the U.S. has built a network for responding to acute crises, with the Federal Emergency Management Agency at the top. Each state and territory has a matching agency. The real heart of the system, though, is the patchwork of local agencies. Our approach to disaster response depends on sharing resources: When one community is in crisis, help arrives from other parts of the country to back them up. But when the pandemic began, every part of this system activated for a response simultaneously for the first time ever. I held my breath. There was no plan for what happens when everyone is in crisis at once.

I witnessed so many local emergency managers move mountains to get their communities what they needed—ventilators, PPE, testing sites, vaccines—while navigating virulent political conditions that made their jobs harder. As the pandemic response dragged on, new disasters fueled by climate change piled up: From suburban wildfires in Colorado to back-to-back hurricanes in Louisiana to deadly rainstorms in the Northeast to heat waves that led to hundreds of deaths in the Pacific Northwest, the extraordinary has become ordinary.

This constant march of disaster has pushed emergency management to the brink and exhausted the people who make it run. Elected officials expect them not only to respond to increasingly severe disasters but to help lead multiyear recoveries—while preparing for tomorrow’s crises at the same time. This is an insurmountable task for local agencies, many of which are staffed with a single, part-time emergency manager. Like health-care workers, emergency managers are battling burnout as they fight to protect their communities without proper resources and support.

When you are surrounded by calamity, there is an impulse to look for the silver lining. We like to believe there are windows of opportunity that open in the aftermath of disasters, periods of reckoning during which time changes can be made to make people and places safer. Although most disasters do not lead to major policy updates, some—like 9/11 and the levee failure after Hurricane Katrina—do. Disaster researchers call these “focusing events,” and while the question of whether the policy outcomes are “good” or “enough” is a second matter, they rattle the status quo.

In early 2020 some thought the pandemic would be just the sort of focusing event that wakes up world leaders to the risks of sleeping on the climate crisis. Maybe they would use this “window of opportunity” to draw obvious parallels, so that one global crisis inspired action on the other. Perhaps the U.S. Congress would finally admit the need to reform—and massively expand—our emergency management system to one that prioritizes risk reduction rather than reactionary measures. One that meets the needs of frontline and marginalized communities who experience disproportionate disaster impacts and are kept from accessing adequate aid.

None of this has happened. Not only is the government not applying the lessons of the pandemic response to other disasters, but even within the pandemic itself, many elected officials have failed to apply the lessons learned at the beginning. Inadequate COVID testing, for instance, was a significant problem early on; when the Omicron variant emerged, we saw a lack of access to testing yet again. Month after month officials have debated mask mandates and the need for hazard pay despite clear evidence that these types of public health policies minimize spread. For all its upheaval, the pandemic has not become a focusing event. Instead it is the latest in a long line of disasters for which the U.S. is unprepared.

For my entire career, I have argued that it does not have to be like this. We have the research and resources to manage disasters more effectively, efficiently and justly, if only policy makers would make that choice. I have always believed that at some point there will be a disaster so bad it will drive them to strengthen our emergency management system. Watching the protracted bungling of the pandemic response, however, has made me doubt there will ever be enough political will to do so—and that is what has scared me the most. If the government cannot effectively manage a single acute surge, I am at a loss for how the U.S. will be able to respond to the all-consuming effects of the climate crisis.