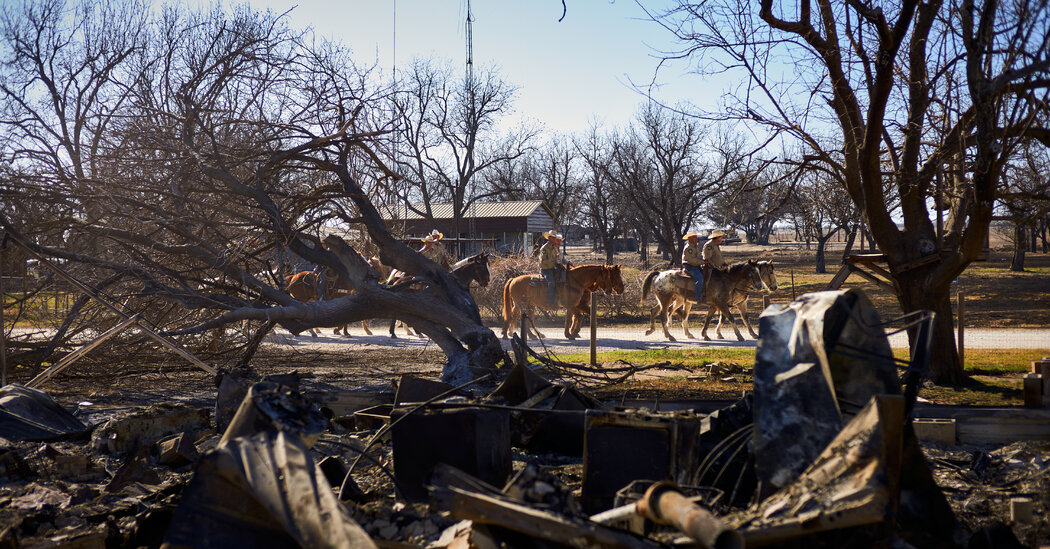 The biggest threat in that group of fires has been the Kidd fire, which has consumed more than 42,000 acres and was 40 percent contained on Sunday. That blaze has destroyed more than 140 structures, including homes and businesses.

The town of Carbon in Eastland County has lost nearly 90 homes by one local official’s count, and other small towns in the county, including Ranger and Gorman, have also sustained damage.

Although conditions on Saturday brought a brief reprieve, the winds and temperature picked up and the humidity level dropped on Sunday, said Angel Lopez Portillo, a spokesman for the Texas A&M Forest Service. Mr. Portillo added that he was uncertain how long it would take to bring the Eastland Complex fire under greater control.

“We are not out of the woods at all,” said Chief Joe Williamson of the Eastland Fire Department.

Chief Williamson, who is the local incident commander for the Kidd fire, said in an interview on Sunday from the fire zone that increasing winds were sending embers from active fires into unburned areas. “Our conditions are deteriorating pretty quick,” he said.

Chief Williamson, who has been a firefighter for 32 years, has been the fire chief in Eastland County for just over a year. He has spent most of his career fighting urban blazes with metropolitan fire departments and said that wildfires present vastly different challenges.

“A building is fairly simple to contain — four walls of the building,” he explained. The only containments for wildfires, he said, are natural barriers, and in the rolling plains of parts of Texas “we don’t have a lot of that out here.”

Forecasters are concerned that the week will bring more challenges. The National Weather Service issued a red flag warning “for elevated to critical fire weather conditions” in both North and Central Texas on Sunday. Red flag warnings are issued by the Weather Service when warm temperatures, very low humidities and strong winds combine to raise the risk of fire.