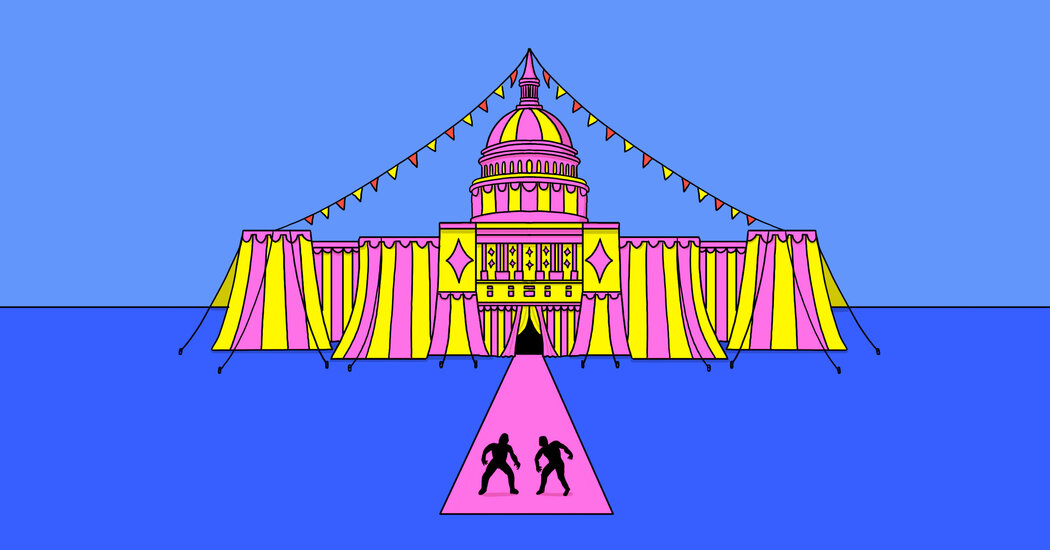 One of the central questions for our elected representatives is how to exercise effective oversight over technology.

Some days, like when lawmakers ask whether the tech giants have become too powerful, I feel hopeful about government officials’ ability to do this. Right now … I’m not so sure.

The Senate on Wednesday is holding a hearing ostensibly about whether to revise or undo a bedrock law of the internet that made possible sites like Facebook and YouTube by providing a limited legal shield for what users post. It is in principle a worthwhile debate about how U.S. laws should balance protecting people from online horrors with providing room for expression online.

But the hearing is mostly a pointless circus.

I could already tell on Tuesday when a tweet from Senator Ted Cruz, Republican of Texas, portrayed the congressional hearing as a “free speech showdown” — essentially a verbal WrestleMania match with Twitter’s chief executive billed as the baddie and Senator Cruz as the hero. This is not the hallmark of a serious exercise in policymaking.

Somewhere in this waste of taxpayers’ dollars and our time is a meaty policy issue. The 1996 internet law under debate, Section 230 of the Communications Decency Act, allowed websites like Facebook, YouTube and Twitter to exist and grow without being sued out of existence for what users posted.

All kinds of people are now asking — for different reasons — whether the law needs revision. Many Democrats believe Section 230 lets sites like Facebook and YouTube avoid responsibility for incendiary, violent or misleading things that people post. Many Republicans — sometimes misrepresenting the law — say these companies should be more hands-off with what people can say online to avoid what they view as partisan censorship.

The heart of the matter is trying to balance competing interests. Section 230 does allow small websites to flourish without going broke defending defamation lawsuits. And it also gives huge internet sites an enormous amount of unchecked power. Can lawmakers preserve the good parts of the law while slicing out the bad parts?

There’s not a simple solution, but the job of U.S. Senators is to tackle complex problems in nuanced ways. Their job is not to stage a WrestleMania.

I won’t pick on Republicans only.

Democrats in the Senate also yelled that their counterparts’ decision to hold this hearing so close to Election Day was a way to make internet companies scared of aggressively fighting election-related misinformation. They’re not wrong, but again, it didn’t make for a worthwhile policy discussion.

The internet executives, including Mark Zuckerberg of Facebook and Jack Dorsey of Twitter, kept suggesting that they don’t referee online speech and that computers — not humans — make decisions about what people see online. This is also false. Everything you see or don’t see on sites like Facebook, Twitter and YouTube are there because people at those companies made a choice. Humans program computers, after all. And they do referee speech.

If you want to better understand the important issues at play, I posted a Twitter thread of articles that discuss the trade-offs of this internet law and that suggest helpful ideas to reform it. Even Zuckerberg is almost begging (somewhat disingenuously) for the government to write laws laying out what should be classified as dangerous and impermissible online speech.

Senator Cory Gardner, Republican of Colorado, got at the tricky balancing act during the hearing. “I don’t like the idea of unelected elites in San Francisco or Silicon Valley deciding whether my speech is permissible on their platform,” he said, “but I like even less the idea of unelected Washington, D.C., bureaucrats trying to enforce some kind of politically neutral content moderation.”

Good point. But then what is the solution? The problem is that lawmakers aren’t showing that they’re grappling with the law. Instead, they’re mostly just shouting.

Send us your election questions

With Election Day less than a week away, we’re monitoring how tech companies like Facebook and Twitter are handling the surge of information (and misinformation) related to voting and results on their sites. What if a false voting rumor goes viral or a candidate declares victory before all of the votes are cast?

We want to hear what you’re curious or concerned about as Americans vote.

My Times colleagues and I will try to tackle a selection of your questions in the coming days. Email us at ontech@nytimes.com and write VOTE in the subject line.

I had never heard of the Fotoplayer musical instrument before — it looks like a piano from your most feverish dream — and it is a chaotic, wonderful marvel. (Thanks to my colleague Dodai Stewart for tweeting this wonder.)

Animals with weird neurons may rewrite the story of brain evolution