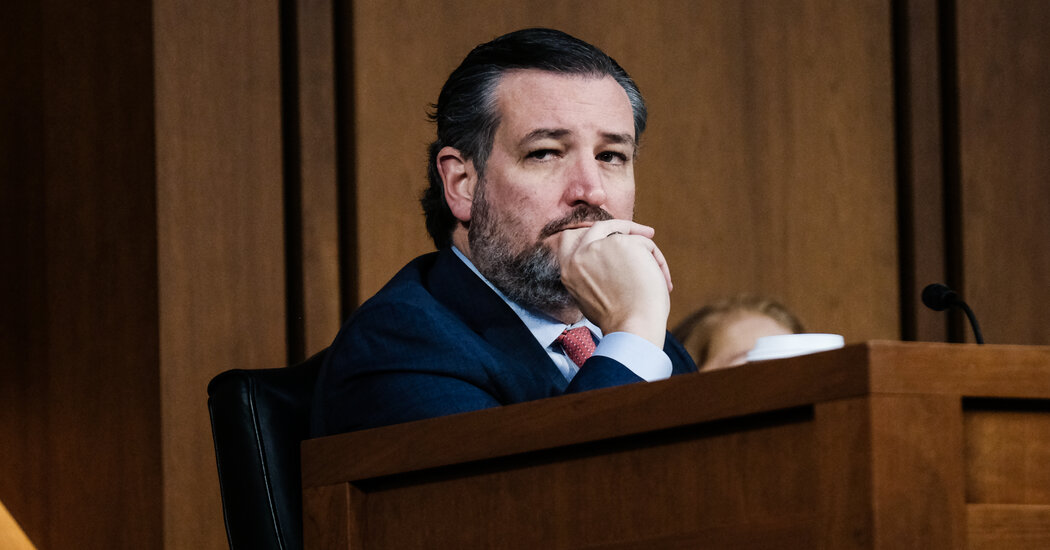 A nonpartisan government watchdog group on Wednesday filed complaints with the Federal Election Commission and the Senate Ethics Committee accusing Senator Ted Cruz of using campaign funds to generate profits from a book he wrote in 2020.

The Campaign Legal Center claims that Mr. Cruz, a Republican of Texas, improperly used donations to his campaign committee to spend $18,000 on Facebook ads promoting “One Vote Away: How a Single Supreme Court Seat Can Change History.”

The book, put out by Regnery Publishing, a conservative publishing house, was intended to highlight Mr. Cruz’s conservative legal philosophy — but it also provided him with a hefty $400,000 advance and 15 percent of the royalties on sales, according to his 2019 Senate financial disclosure forms.

“When elected officials use campaign contributions to advance their personal bottom lines, they compromise the integrity of the political process,” the group wrote in a letter to the ethics committee.

Such cases seldom result in serious penalties. The Federal Election Commission has often negotiated with candidates to repay their campaigns for questionable expenses, while the ethics committee has been reluctant to take action on all but the gravest violations.

The fact that Mr. Cruz profited from each sale of the book, and the fact that his campaign paid for promotion of it, triggered the complaints, said Brendan Fischer, the Campaign Legal Center’s director of federal reform.

“This is a clear-cut case — there is a lot of precedent,” he said in an interview. “Federal campaign law is clear that campaigns are not for the personal use of a candidate and can’t be used to promote the sale of a candidate’s book for which they receive a royalty.”

Chris Gober, a lawyer representing the committee that paid for the ad, Ted Cruz for Senate, said Mr. Cruz denied the claims.

“Senator Cruz’s campaign has closely followed Federal Election Commission laws and guidelines when promoting his book, and he has not received any royalties whatsoever for these book sales,” Mr. Gober said in a statement forwarded by a Cruz spokeswoman.

The book’s Amazon page suggests it sold well, promoting “One Vote Away” as having been on best-seller lists from The Wall Street Journal, USA Today, Publisher’s Weekly, The New York Times and Amazon.

Mr. Fischer said that the claim that Mr. Cruz received no royalties is contradicted by Mr. Cruz’s own Senate disclosures, which provide a detailed royalty structure that gave him “15 percent of net sales” and a lesser amount for each book sold at a discount.

The Facebook ad cited in the complaints directed buyers to purchase the books through links to three online retailers. It is not clear how those sales would not have generated royalties, unless Mr. Cruz had devised a complex system to divert them to a special pool, he added.

A spokeswoman for Mr. Cruz did not respond to a request to clarify Mr. Gober’s statement or answer any of the questions raised by Mr. Fischer.