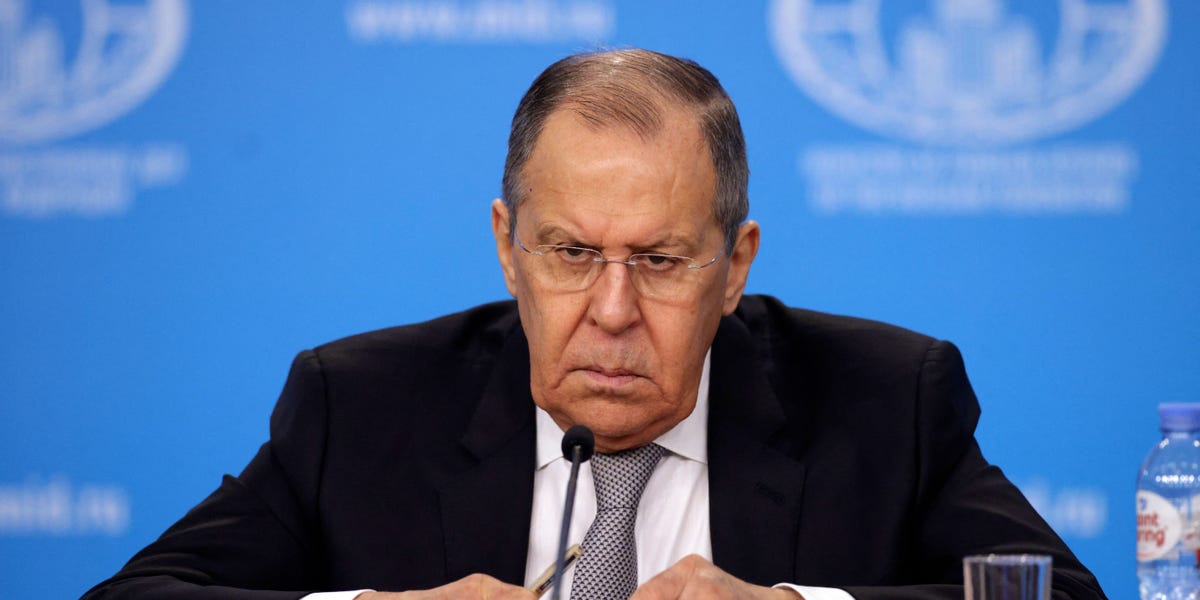 Lavrov was giving a virtual speech at the forum in Geneva when diplomats from the European Union, United States, and Britain walked out, Reuters reported.

The US State Department on Monday accused Russia of “widespread” human rights abuses in Ukraine as its troops fired missiles at civilian areas.

Lavrov canceled his in-person appearance at the human rights council because EU states had blocked the path of his flight to Geneva, according to Reuters.

In his speech Tuesday, Lavrov accused the European Union of participating in “Russo frenzy,” according to a video of the walkout posted by a Sky News correspondent.

Lavrov’s speech comes less than a week after Russian President Vladimir Putin announced what he characterized as a “special military operation” in Ukraine.

In the days since, Russian forces have waged an intense war on Ukraine, engaging in heavy shelling and missile attacks that have hit everything from residential buildings, an orphanage, kindergartens, and a children’s hospital, according to the Ukrainian government.

The brutality of Russia’s invasion, as well as its apparent disregard for distinguishing between military and civilian targets, sent shockwaves through the international community and united western nations in unprecedented ways that may result in the exact opposite of what Putin have hoped for.

Among other things, western nations have imposed harsh and crippling sanctions on Russia’s financial institutions and central bank that could hurt its ability to finance Putin’s war in Ukraine. Multiple European countries have also reversed longstanding policies against getting involved in conflict zones and said they will send weapons and financial assistance to aid Ukraine.

Russia has also been kicked out of major sporting events including FIFA, the International Skating Union, and the International Ice Hockey Federation. And Putin’s actions have resulted in such a major disruption for Russia’s economy and markets that even some of his closest allies, like the oligarchs Mikhail Fridman and Oleg Deripaska, have tentatively spoken out against the war.

Meanwhile, in Ukraine, Russian forces are facing much fiercer resistance from the Ukrainian military and civilian defense forces than they initially anticipated and have been forced to reassess their strategy.

But experts warned that the fight is far from over.