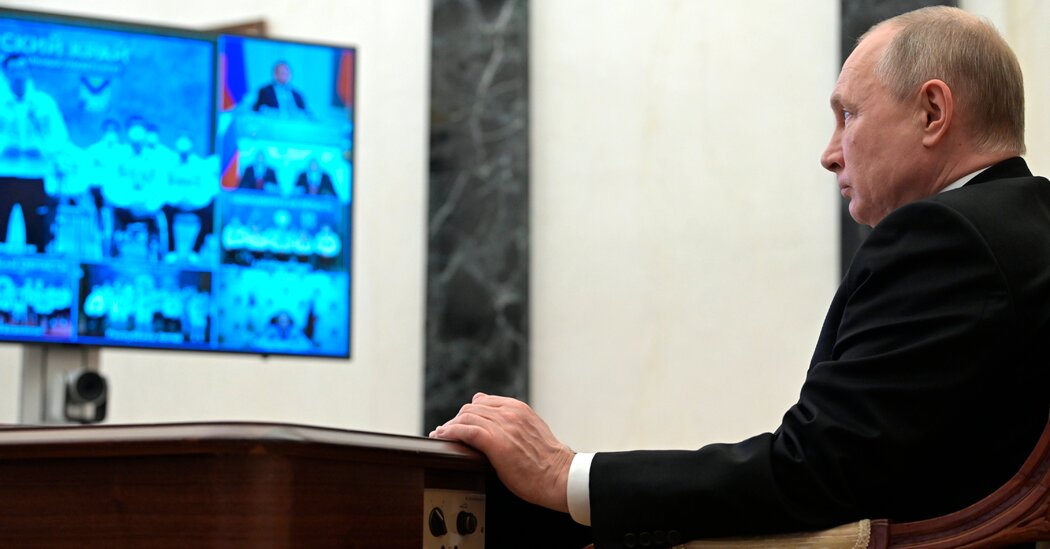 In fact, President Biden announced expanded sanctions on Thursday, aimed at Russia’s oligarch class. Many of those named — including Dmitri S. Peskov, Mr. Putin’s spokesman and one of his close advisers — rank among his most influential defenders and the beneficiaries of the system he has created.

Mr. Biden, reading a prepared statement and taking no questions, said the sanctions have had “a profound impact already.”

A few hours after he spoke, S&P dropped Russia’s credit rating to CCC-, the credit-rating agency said in a statement. That is far below the junk bond levels Russia was ranked at a few days after the invasion, and just two notches above a warning that the country was going into default.

It suggested that Mr. Putin’s effort to “sanctions-proof” his economy had largely failed. And at least for now, there is no discernible off-ramp for the Russian leader short of declaring a cease-fire or pulling back his forces — steps he has so far shown no interest in taking.

At a news briefing at the White House on Thursday afternoon, Jen Psaki, the press secretary, said that she knew of no efforts to show Mr. Putin a way out. “I think right in this moment, they are marching toward Kyiv with a convoy and continuing to take reportedly barbaric steps against the people of Ukraine. So now is not the moment where we are offering options for reducing sanctions.”

Yet a senior State Department official, asked about the debates inside the administration on the risks ahead, said there were nuances in the administration’s approach that point to possible outs for the Russian leader.