Was the Jobs Report Good? It’s in the Eye of the Beholder. 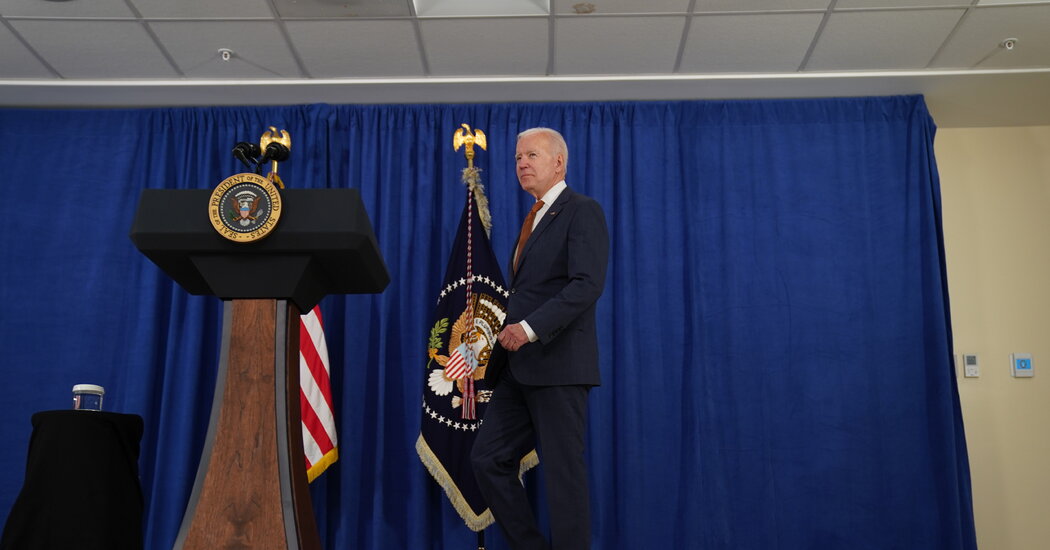 How smoothly is the economy recovering? And was President Biden smart to sign one of the largest spending packages in U.S. history in an effort to help workers — or did it cause only complacency, preventing people from returning to work and holding back the recovery?

These questions are at the center of an economic debate that’s increasingly dividing Democrats and Republicans on Capitol Hill. The release of today’s monthly job report, which showed the unemployment rate ticking down by a modest 0.3 of a percentage point over the course of May, is unlikely to quiet those disagreements.

As it is, polls suggest that Americans remain rather divided on whether Biden’s economic policies are helping or hurting the recovery. Which means that candidates in both parties will try to control the narrative on this issue as they head into the 2022 midterm elections.

For an expert perspective on the May job report, and the broader debates swirling around it, I caught up with Ben Casselman, a reporter on our Business desk who covered the news this morning. Here’s what he told me.

Hi, Ben. The economy added 559,000 jobs in May, according to the Labor Department’s report today. Biden heralded the numbers in an optimistic speech, but let’s be honest: Was this report really good enough to let the White House breathe a sigh of relief?

I’d say the report was exactly good enough to allow everyone to hold to their existing beliefs, and for us all to get to do it again a month from now.

If you think back to May 6, just before the last jobs report, economists were talking seriously about the possibility that we’d see several months of million-plus job growth. We ended up getting a quarter of that in April and half of that in May. So relative to our expectations of a few months ago, today’s report is another disappointment.

But hiring was stronger in May than in April, and unemployment fell to its lowest level since the pandemic began, so Biden can say with a straight face that things are getting better. And they are getting better! Just not as quickly as anyone would like.

Republicans are beginning to argue more loudly that Covid-era federal payments to workers and families — both stimulus checks and unemployment enhancements — have held back the recovery. Democrats mostly disagree. Help us understand the two big schools of thought here.

Employers — especially restaurants, hotels and other businesses trying to get back on their feet after last year’s lockdowns — have been complaining for months that they can’t find the workers they need. Many of them blame the $300 a week in supplemental unemployment benefits that the federal government has been paying out since the start of the year, basically arguing that the government is paying people not to look for work. Republicans have seized on those complaints, and many Republican-led states are now planning to end the benefits earlier than the planned September cutoff date.

Democrats offer a couple of different counterarguments. The first is that unemployment benefits aren’t a major factor in keeping workers off the job market, or at least their role in that is unproven. They argue that other issues, such as child-care disruptions and fear of the coronavirus, could also be contributing. And they point to some research from last summer, when the federal supplement was even bigger, which found little impact on the job market — although it’s important to note that last summer was a very different moment for both the pandemic and the economy.

The second argument, which I hear more from progressive activists than from elected officials, is essentially: “Sure, maybe unemployment benefits are keeping some people at home, but that’s not such a bad thing.” They see government aid as giving workers a bit more leverage to demand better pay and benefits and safer working conditions.

It bears noting that the pandemic isn’t over yet, and fewer than half of Americans are fully vaccinated. But many open jobs involve in-person work. How much of a role do economists think safety concerns are playing in unemployed workers’ decision not to return?

It’s really hard to say. The employment data released on Friday was collected in mid-May, when only a bit more than a third of Americans had been fully vaccinated. So it’s certainly not crazy to think a lot of people were still nervous about going back to in-person work. Since then, 12 million more people have gotten fully vaccinated, and millions more have had at least one dose. So if those people return to the job market in June, it should start to ease the labor supply issues.

On the other hand, millions of people got vaccinated between the April and May jobs reports, and we didn’t see any huge influx of people back into the labor force. And it’s not clear that there is a strong correlation in state-level data between vaccinations (or Covid cases) and jobs.

The Biden White House has put a heavier emphasis on achieving so-called full employment than most recent administrations did, including Democratic ones. Explain what economists mean by that term, and how Biden’s attention to it has shaped his approach to the recovery.

This is really about the lessons learned over the decade between the end of the last recession and the start of the pandemic. There’s this idea in standard macroeconomics that there’s a limit on how low the unemployment rate can go without causing inflation. No one has ever really known exactly where that magic number is, but most people put it somewhere around 5 percent.

Well, a few years after the last recession, the unemployment rate hit 5 percent, and then 4 percent, and then 3.5 percent, and guess what? Inflation stayed tame. Instead, we started to see job opportunities reach people who are often left behind in the economy: many Black and Hispanic people, workers without much formal education, people with disabilities or criminal records.

That experience was a wake-up call for a lot of people, including many on Biden’s team (and also a lot of folks at the Federal Reserve). To them it suggests we should be trying to get back to that ultralow unemployment world as quickly as possible, and that we shouldn’t declare victory until we get there. Of course, Republicans are worried that if we spend too much and try to get there too quickly, this time it will result in inflation.