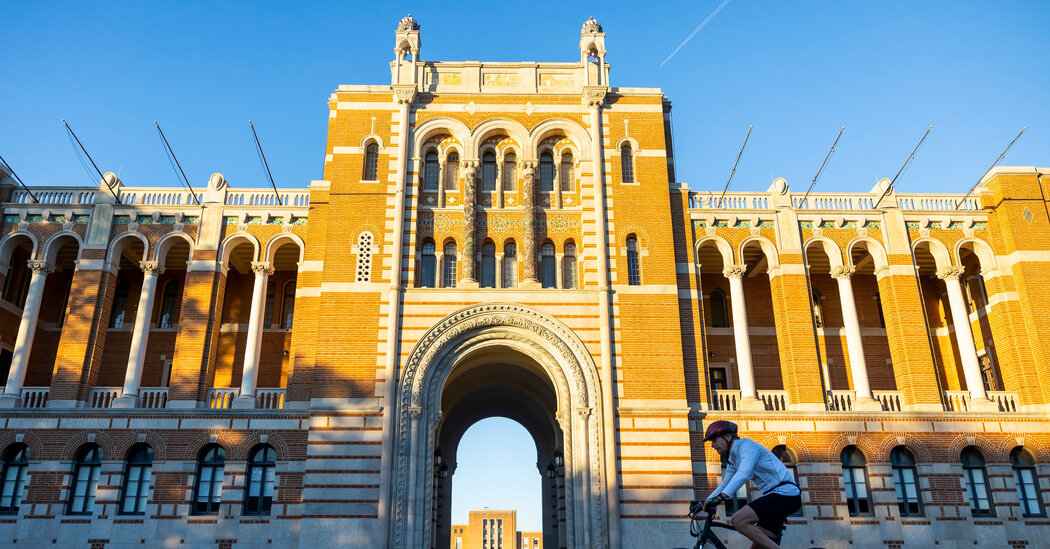 A small number of U.S. colleges and universities are reinstating mask policies, citing coronavirus outbreaks on campus. Their regulation changes come as a highly transmissible Omicron subvariant, known as BA.2, has become the dominant version among new U.S. cases, which are ticking up.

As of Sunday, there were an average of more than 31,000 new cases across the country, according to a New York Times database, a 3 percent increase over the last two weeks. New York City and Washington, D.C., have seen sharper increases, though the average number of cases remains a fraction of each city’s peak. Several prominent officials and some Broadway stars have recently tested positive.

Amid the winter surge driven by another form of Omicron, some universities shifted to enacting school policies aimed at living with the virus, such as quarantining and social distancing when outbreaks occur, rather than canceling instruction altogether. As new cases decreased, some colleges and universities further loosened precautions, such as widespread surveillance testing programs, despite criticism from public health experts.

But now, while some universities, such as Harvard, are letting professors decide what protocol to follow in the classroom, others are imposing new mask rules: