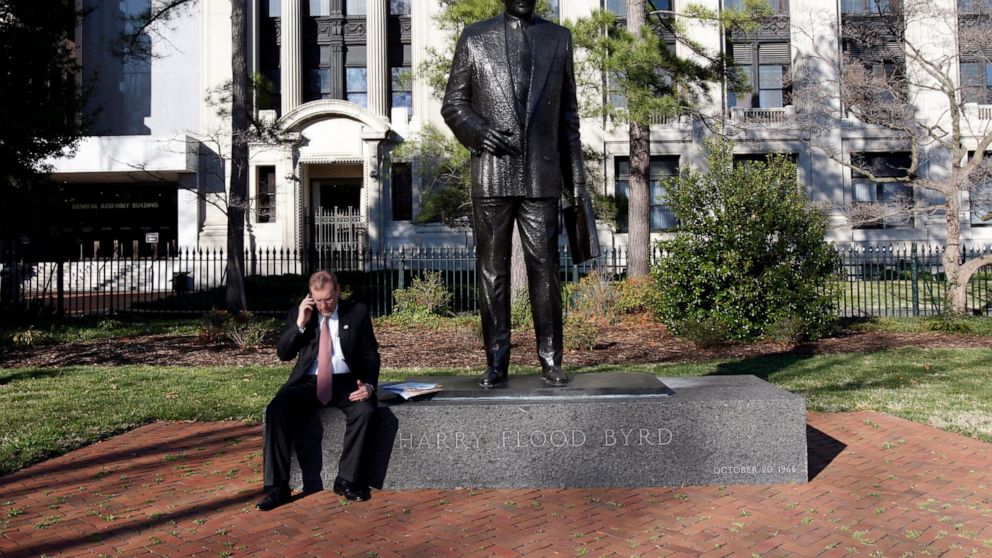 Lawmakers voted to remove the statue earlier this year, a decision that came amid a yearslong movement in history-rich Virginia to rethink who is honored in the state’s public spaces.

Byrd, a Democrat, ran the state’s most powerful political machine for decades until his death in 1966 and was considered the architect of the state’s racist “massive resistance” policy to public school integration.

The larger-than-life statue erected in 1976 is located a stone’s throw from the Capitol. A nearby plaque says the statue was dedicated in appreciation of Byrd’s “devotion throughout a long public career to governmental restraint and programs in the best interest of all the people of Virginia.”

The state’s Department of General Services said in a news release that workers would remove the statue, its base and the granite piece with informational signage. They will be taken to an unspecified storage location, where they will be held until lawmakers determine their final location, the news release said.

Capitol Square will be closed to visitors during the removal.