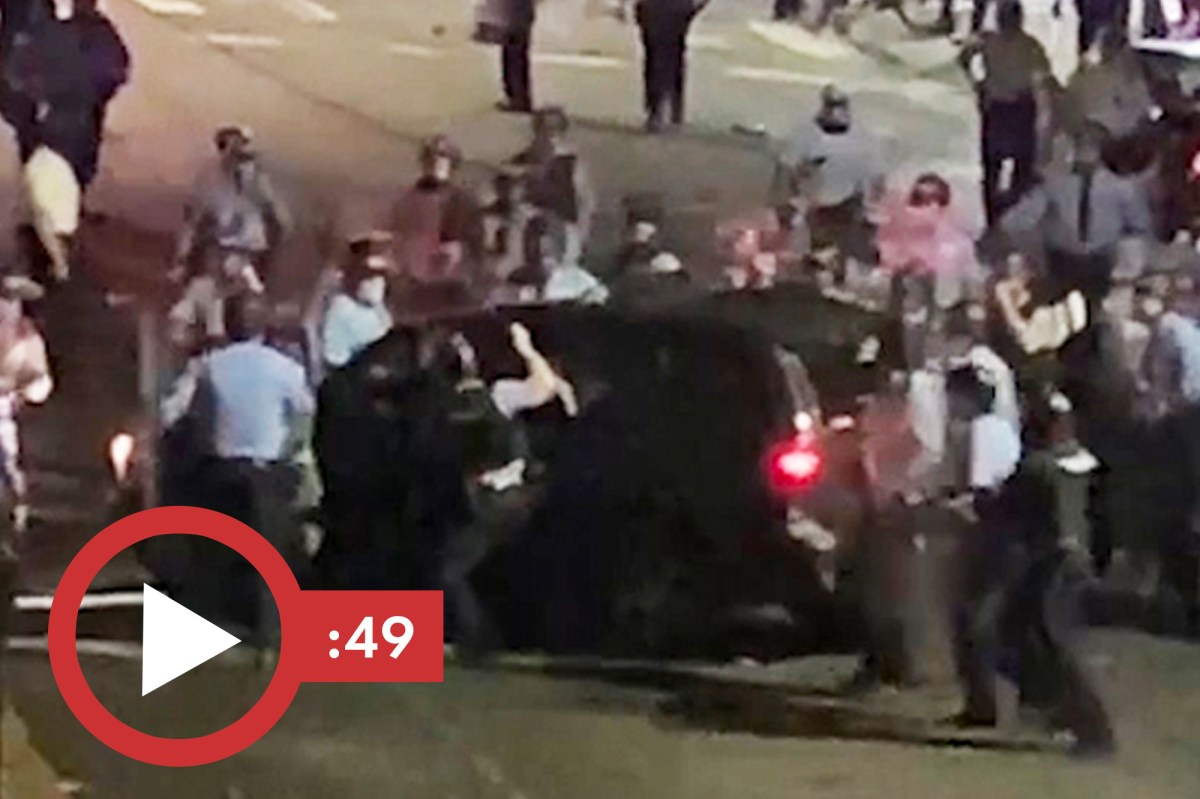 Viral video from a night of raucous protests in Philadelphia shows baton-wielding cops smashing a car’s windows, yanking the driver out and removing a kid from the backseat.

The edited 37-second clip posted to Twitter — recorded just before 2 a.m. Tuesday, according to the Philadelphia Inquirer — begins with at least a dozen people running down a street ahead of dozens of uniformed cops.

The Inquirer, which obtained a two-minute video of the incident, reported that crowds of people were throwing objects at the officers.

The cops then approach an SUV in the middle of the street, surround it, smash some of its windows out and pull the driver and a passenger from the car, the video shows.

As cops wrestle the driver and passenger to the ground, the video shows another officer emerging from the vehicle with a toddler who was in the backseat.

“They bust up all the windows in that jawn. Was there kids in there? Somebody just hopped out with a baby! Come on,” the person who captured the footage is heard saying.

Aapril Rice, a 30-year-old who works in digital media, recorded the clip from her rooftop, and told the Inquirer that witnessing the child being removed was “the most traumatic part for me.”

When pressed about the incident at a news briefing on Wednesday, Philadelphia Police Commissioner Danielle Outlaw said she wasn’t familiar with it.

Miguel Torres, a spokesman for the Philadelphia Police Department, said Thursday in a statement to the Post that the incident is “currently being investigated by our Internal Affairs Division.”

The incident occurred 10 blocks from where police killed 27-year-old Walter Wallace, a black man wielding a knife, sparking mass protests that have led to consecutive nights of looting and rioting.