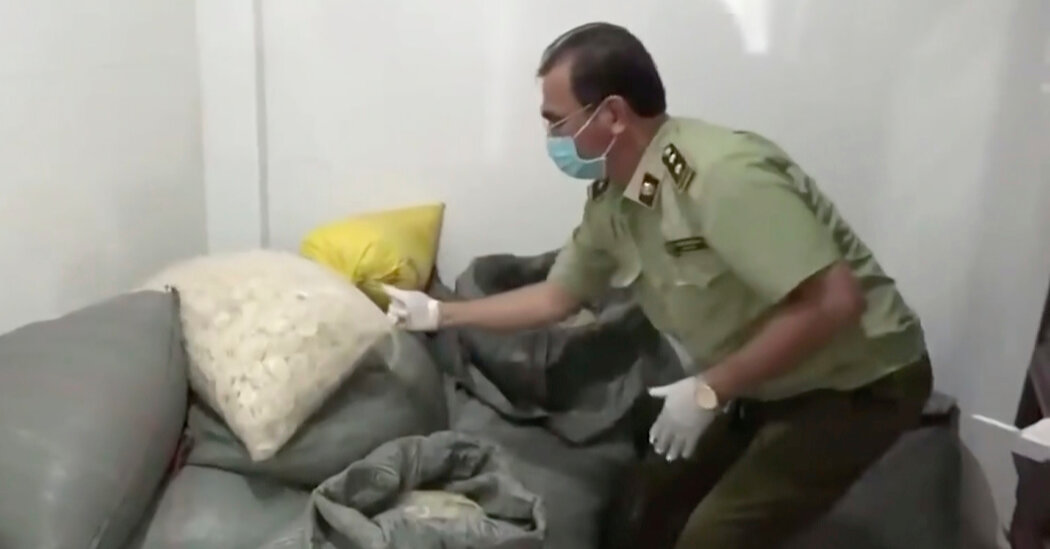 HANOI, Vietnam — The police in Vietnam have seized more than 300,000 used condoms that had been boiled, dried and put up for sale in a southern province.

Officers who raided a warehouse in the province of Binh Duong on Saturday found the recycled condoms in bags weighing almost 800 pounds, the state-controlled Tuoi Tre newspaper reported.

Footage broadcast by the state-owned Vietnam Television showed thousands of prophylactics spilling out of bags on the floor. It was unclear what led to the police raid, but news reports said officers had received a tip from a local resident.

The police arrested a woman in connection with the operation, Pham Thi Thanh Ngoc, who told the authorities that she had received a monthly delivery from an unknown person and had been paid the equivalent of 17 cents for about every two pounds she recycled, local news outlets reported.

She told the police that the condoms had been recycled through a process of boiling, drying and reshaping them using a wooden prosthesis.

It was not known how long the business had been in operation or how many condoms had been sold.

Condoms are designed to be disposed of after use, and reusing them can lead to breakage, slipping or leakage.

“For profit they can spread sexually transmitted diseases such as syphilis, gonorrhea and possibly H.I.V.,” she said of the warehouse business. “This must be prevented.”

But recycling condoms is not unheard-of among sex workers, especially in developing countries, experts say.

“It’s not impossible to wash a condom,” said Juliet Richters, a sexual health expert and honorary professor at the University of New South Wales. But “it’s never happened, to my knowledge, on an industrial scale.” .

Professor Richters said that they would be difficult to recycle without equipment to roll up and repackage the condoms to pass them off as new. She said it was unclear what impact boiling the condoms would have on their integrity.

A representative of the Binh Duong Department of Health said health officials had not received any information from provincial officials or requests for assistance in the investigation.