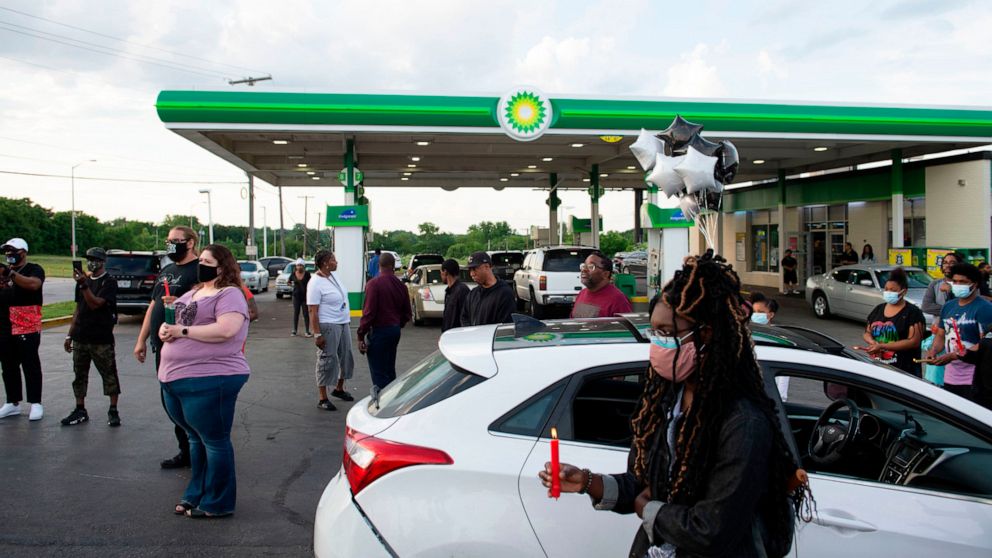 KANSAS CITY, Mo. — A group of Christian ministers is questioning the fatal police shooting of a Kansas City man after they said videos released this week contradicted the law enforcement version of what happened.

Malcolm Johnson, 31, was shot and killed inside a Kansas City gas station convenience store on March 25 when officers tried to arrest him for questioning in an earlier shooting.

The Missouri State Highway Patrol, which is investigating all fatal shootings by Kansas City police, has said two officers tried to arrest Johnson when a fight ensued. The patrol said Johnson pulled a gun and shot an officer in the leg as other officers arrived. The wounded officer returned fire, killing Johnson, the patrol said.

A video released on Thursday, which was taken by a store employee, shows several officers struggling with Johnson on the floor. A shot is heard and the officer who was shot backs away. Then two other shots are heard and Johnson stops struggling.

Dr. Emanuel Cleaver III said ministers watched the video together on a large screen Thursday. Several ministers at a news conference Thursday afternoon said they believed the video showed one of the police officers may have accidentally shot the officer after a shot ricocheted and then another officer shot Johnson twice in the back of the head.

Pastor Darron Edwards said the videos show “this is not an open and shut case” and police need to tell everyone what really happened. He said the officers involved should not be on the street if the case is still being investigated.

“We’re still searching for the truth, and all this community wants is the truth,” Edwards said.

Some of the ministers are part of a group called Getting to the Heart of the Matter, which has worked with the police department and Chief Rick Smith to bridge a divide with minority communities since social justice protests broke out last summer, while other community activists have criticized the force and called for Smith to resign or be fired.

Cleaver said Kansas City has a serious disconnect between the police and the community, particularly minority communities. He said the videos were given to the ministers and activists, rather than to investigators, because the community does not trust police.

“If you look at the disconnect, the distrust, between KCPD and the community you have to of course look at it from the head,” Cleaver said. “I think, in order to change the narrative, in order to change this ongoing problem, we have to start with the top and then work our way down. That’s the only way we’re going to bring about change and bring the community and law enforcement together, which is the sign of a happy and healthy city.”

The ministers first questioned the shooting on Tuesday, when they released a different video that showed two officers with guns drawn entering the store and trying to arrest Johnson, who appears to try and run before being taken down by officers. The struggle moved out of the camera angle before Johnson was shot.

After meeting with patrol officials on Wednesday, the ministers expressed more confidence in the investigation but the new video raised new questions.

Sheryl Ferguson, a Kansas City organizer with It’s Time 4 Justice, said both videos showed Johnson’s feet were to the side, or facing down and she could not believe that he was so combative that five officers could not contain him.

Jackson County Prosecutor Jean Peters Baker said Thursday that her office has received the videos and is analyzing the information. The office is also evaluating its processes to find ways to engage with the community to gain “these necessary facts” in the investigation.

“A part of our review will be an evaluation of any discrepancies between the original accounting of this event and the actual evidence, including any video evidence,” Peters Baker said in a statement.

The Kansas City police department has referred questions to the highway patrol. Missouri Highway Patrol spokesman Andy Bell said Thursday the department could not comment on an ongoing investigation.