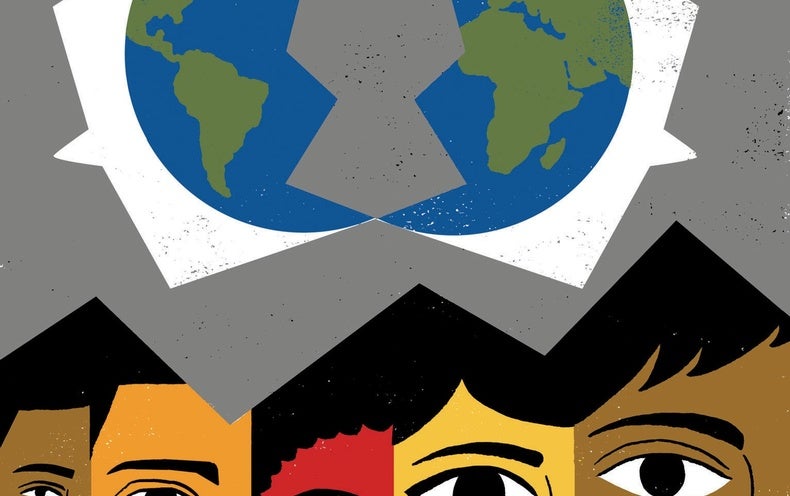 For decades a global economic system based on the conversion of nature into profit has been accelerating inequality, environmental destruction and climate change. Hundreds of millions of people are vulnerable to (seemingly) natural disasters, including pandemics caused by the emergence of novel pathogens. By exacerbating xenophobic nationalism and precipitating vaccine apartheid, COVID-19 has intensified these dangerous trends.

People from the Global South have always been underrepresented at international conferences where road maps for the future are etched. Now the barriers to participation are prohibitive. With the voices of those worst impacted by biodiversity loss and climate change being muffled by COVID-related constraints, corporate and other winners of the neoliberal order are seizing decision-making processes on these crucial and urgent issues, to the detriment of people and the biosphere.

The one major event since the pandemic began that was not impacted by COVID-related restrictions was the United Nations Food Systems Summit, held on September 23, 2021. That is because it was shunned by more than 300 civil-society groups representing scientists, farmers and Indigenous peoples for being at best indifferent, and at worst hostile, to their views. As the Alliance for Food Sovereignty in Africa (AFSA), which represents more than 200 million African food producers and others, observed, the summit had been structured to give undue influence over global agricultural systems to multinational corporations and their allies. As such, the summit was bound to “echo the business-as-usual, quick-technofix policy prescriptions of the agribusiness agenda,” AFSA argued. The boycott, along with an alternative summit that focused on food sovereignty, may have fended off what many observers feared was an attempt by global capital to control the future of agriculture.

But COVID constraints ensured that civil society was barely represented at the U.N. Biodiversity Conference last October, where delegates from 195 nation-states and the European Union met to discuss a plan to protect 30 percent of the planet by 2030. Many Indigenous groups, who have ample reason to fear violent eviction from and dispossession of the ecosystems they protect as nation-states use “30 by 30” as an excuse to seize their territories, opposed the plan. But with their participation limited to brief online appearances, they were unable to explain their concerns or provide their alternative visions for biodiversity conservation.

Most disastrously impacted by the pandemic was COP26, the 26th Conference of Parties to the U.N. Framework Convention on Climate Change, held in Glasgow, Scotland, last October–November. Climate activists condemned the conference as the most exclusionary COP ever, with delegates facing severe COVID-related restrictions for entering the U.K. and accessing the venue. The COP26 Coalition, representing grassroots activists from around the world, announced as the conference began that two thirds of the thousands of delegates it represented had given up on attending it.

It was double trouble for delegates from nations red-listed for COVID, who had to quarantine in hotels for days on arrival in the U.K. After passing the hurdles of obtaining visas and covering expensive travel costs, many negotiators were excluded from the conference halls and had to watch the proceedings from screens in their rooms—which they could just as well have done from their home countries. COVID protocols required some side events to have only panelists speaking before cameras, excluding the possibility of discussion. And with only two seats assigned for national delegates in each negotiating room, officials were denied access to needed technical backup.

All told, the fossil-fuels sector had an outsize influence on a conference that should have been about curtailing its damaging activities. There were a whopping 503 representatives of fossil-fuel companies, more than any nation’s delegation, and no participants at all from 11 out of 14 Pacific Island states, which are the worst affected by climate change. The voices of those living in sacrifice zones and demanding real climate action—keeping fossil fuels in the ground—were shut out. The outcome was a lot of hot air, which did not even include a pledge to phase out coal.

Disproportionately impacting those who already suffer the most and will continue to suffer the most, pandemic-era exclusions mean that multilateral events can no longer be counted on to solve the existential challenges confronting the world. Instead COVID is enabling the entrenchment of exploitative and false solutions to impending catastrophes.